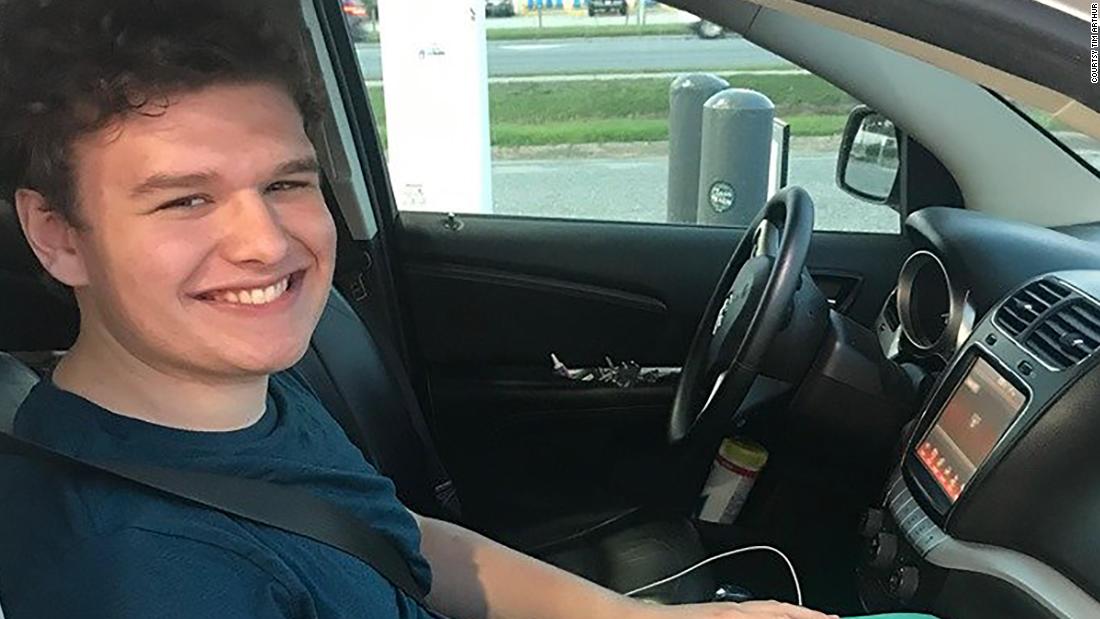 Nick Arthur was jumping over waves on the sand about 25 feet off shore when he started screaming, his father told CNN.

“At first I thought he was screaming with joy, and then I looked at him and saw a shark,” said Tim Arthur.

“He was screaming ‘Get off me. Let me go,’ and I jumped into action,” Arthur said.

Arthur said his daughter swam ashore while he and son fought a shark. Arthur said he punched the shark in the nose and Nick punched him with his hand. The shark released Nick’s thigh as he tried to bite him, allowing Nick to swim freely.

The attack took place in the ocean near Vehicle Ramp 25, about half a kilometer south of the village of Salvo, according to the National Park Service.

The Arthur family was visiting the national coast of Cape Hatteras from their home in Oak Ridge, North Carolina, near Winston-Salem.

Nick was transported to a hospital in nearby Nags Head where he was being treated for his injuries, the National Park Service reported. He ended up with about 40 prints on his teeth and received 17 stitches, his father said. He had to get stab wounds on his thumb, and he has scratches on his teeth on his arm.

Although tortured and inflamed, Arthur said that his son was in a good mood and fortunately, there seems to be no permanent damage. He said the incident did not destroy the family while swimming on the beach, but added that it would probably not break out that far in the future.

“You always think it’s not going to be you,” Arthur said.