Wildfire Live Updates: Evacuations have been ordered as fires near Portland suburbs 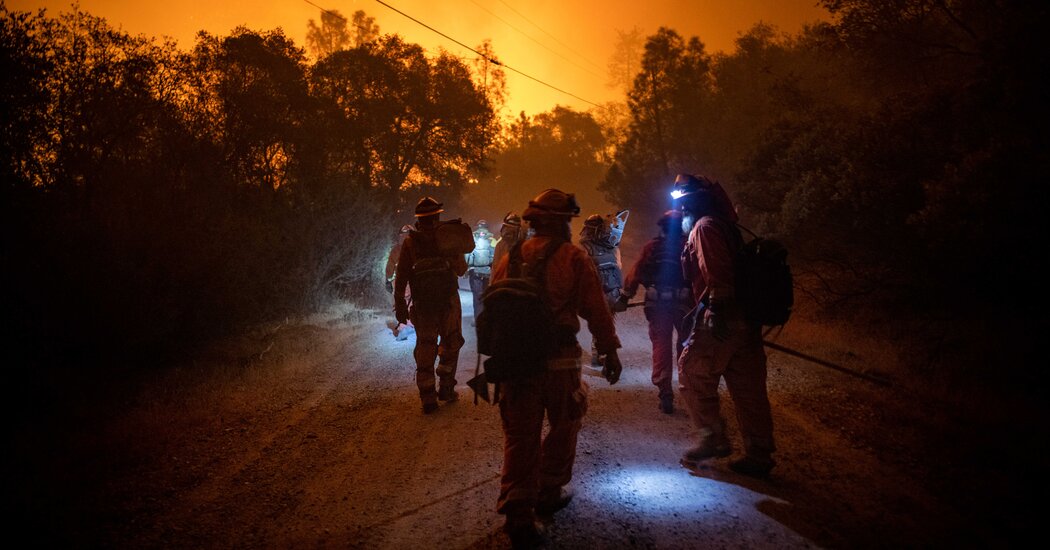 Such as Forest fires Beginning to consume communities across Oregon this week, leaders at the state’s Office of Emergency Management launched an email to counterparts across the country, asking for 10 strike fire brigades that can bring 50 more engines to the area.

The state got one commitment: Utah will send a five-engine team.

Faced with a historic year of bushfire devastation across the West Coast, including more than three million acres consumed in California, national emergency systems relying on assistance from state to state have been faltering under pressure. That left emergency responders struggling to keep up with fires that ravaged entire towns and killed at least 15 people, with seven more killed on Thursday in a fire north of Sacramento.

“I don’t know we have any fires as we can say we have enough resources to do what we need to do,” said Andrew Phelps, director of the Oregon Bureau of Emergency Management.

Fires continued to burn in southern Oregon, where hundreds of homes were wrecked to the ground, as well as east of Salem, where two bodies were found, and along the state’s coast. Over 900,000 acres have been burned, nearly double the regular season. Hundreds of thousands of people have been ordered to evacuate, including in parts of the Portland suburbs, where the fires are still raging.

In California, firefighters continued to battle the fires of the spectacular bushfire season, including the burning of the August complex in Mendocino National Forest that is now the largest fire in the state’s recorded history.

READ  Hurricane Laura dying toll climbs to 14 in the US

In Washington, hundreds of homes and other buildings were at risk of wildfires that continued to burn, even as the extent of the deadly winds from the east receded. Hillary Franz, the state’s public land commissioner, said the state is seeking help from elsewhere in the country.

Several requests for government assistance have been sent to the multi-agency National Coordination Group, which helps direct forest fire resources, as the group is left to decide which to prioritize. Dan Smith, a group member who is also the fire director at the State Forestry National Association, said that as of Thursday morning there were more than 300 requests for support that could not be met.