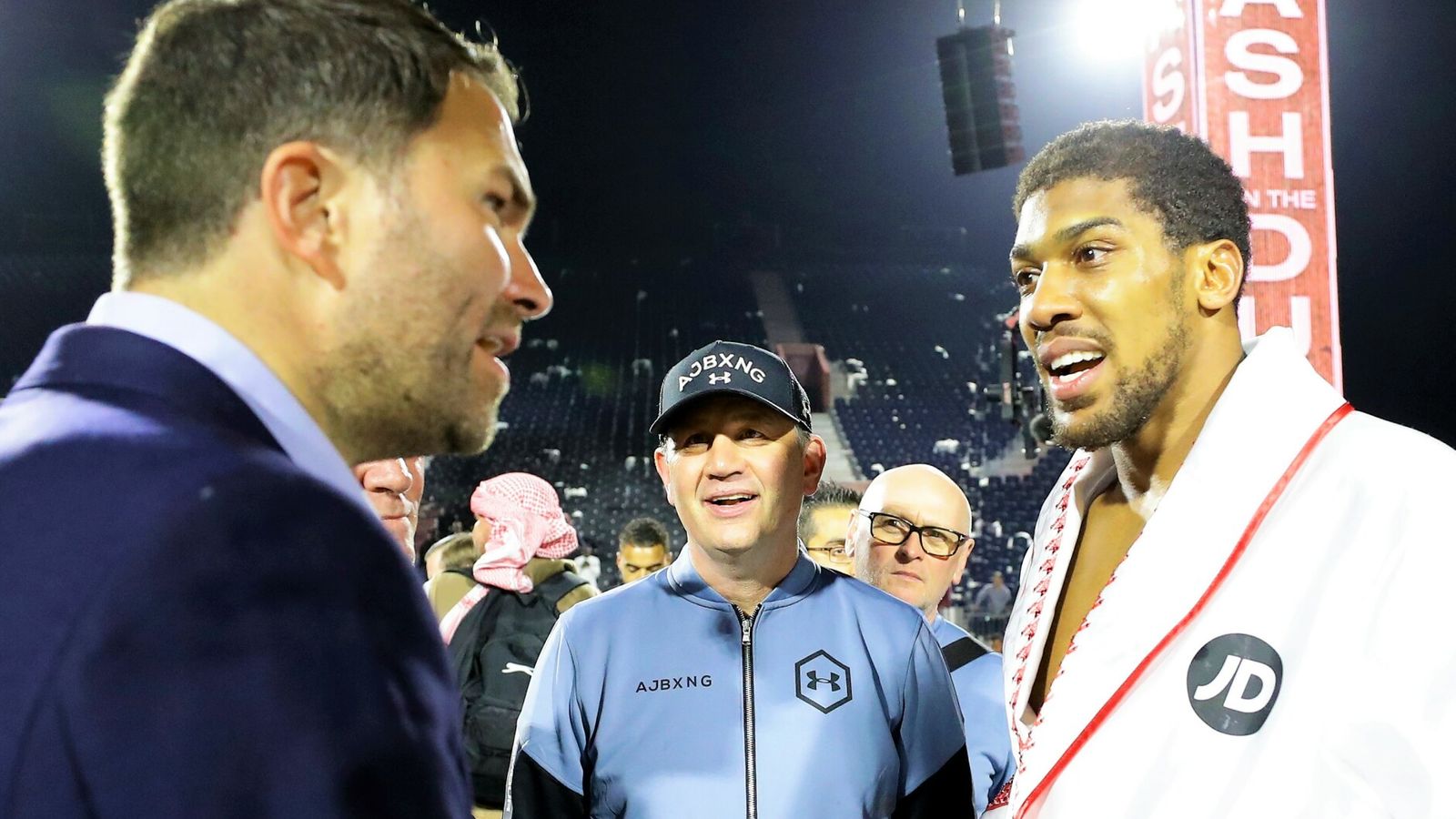 By Richard Damerell and Andy Scott

Anthony Joshua has raised doubts about whether Dillian Whyte will earn a world heavyweight title fight against himself or Tyson Fury, says promoter Eddie Hearn.

Whyte will battle Alexander Povetkin on Saturday night, live on Sky Sports Box Office, and victory keeps him on course for a mandatory fight for Fury’s WBC belt in early 2021.

Hearn says the Brixton man could even face Joshua in an undisputed world title fight, if Fury fails to fulfil his WBC duties, but the unified champion has told the Matchroom boss that he expects a stunning upset when he watches Whyte-Povetkin as part of the Sky Sports Box Office team. 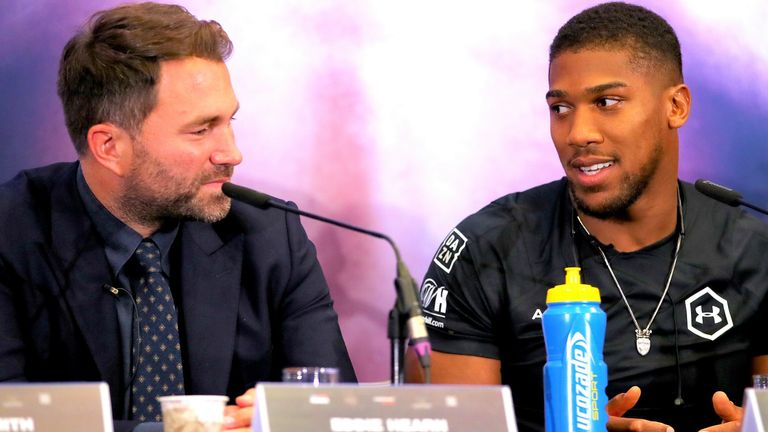 He actually, I think, believes that Alexander Povetkin will win on Saturday. I had a conversation with him the other day.

“I don’t think AJ is the kind of guy to hope that Dillian Whyte will lose on Saturday. He actually, I think, believes that Alexander Povetkin will win on Saturday. I had a conversation with him the other day.

“This is a massive banana skin fight for Dillian Whyte. I don’t think Tyson Fury really feels too deeply about it, but of course in boxing, there’s so much bitterness.”

Joshua overcame an early scare to stop Povetkin in the seventh round of their world title fight at Wembley in 2018.

But the WBA, IBF and WBO champion has suggested that Whyte can only triumph on points, if he has prepared correctly for Povetkin.

“Everyone has issues in training, if he [Whyte] trained right, he will come through,” Joshua told Sky Sports.

“He is a fighter, Dillian. But Povetkin is a seriously skilled heavyweight – an Olympic gold medallist, a world champion whose only losses were against [Wladimir] Klitschko and me.

“He’s good, a good fighter who hasn’t been on the losing end much so hasn’t got used to that feeling.

“He still has the hunger and will go in against Dillian thinking he can win.

“It will go to a points decision.”

WBC president Mauricio Sulaiman has reiterated that the winner of Fury’s expected third fight against Deontay Wilder must face Whyte next.

Hearn still hopes to stage an undisputed clash between Joshua and the reigning WBC champion next year, and Whyte can keep himself firmly in contention.

“You saw the email from Mauricio last night,” Hearn said. “It’s in black and white, we’re not going anywhere. We might as well face up to it.

“Saturday night is so imperative to the heavyweight division and will give us the first opportunity to start to unlock this puzzle to undisputed.”

Watch Whyte-Povetkin and Taylor-Persoon 2 on Saturday, live on Sky Sports Box Office, from 7pm. Book it via your Sky remote or book it online here. Even if you aren’t a Sky TV subscriber you can book and watch it here.