Why does the Marcus dynasty seem immortal? – Richard Hadrian 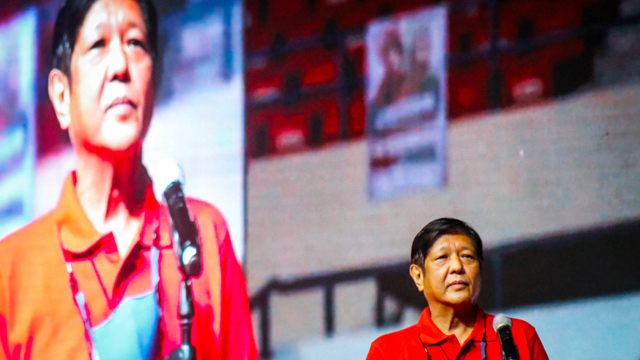 Singapore’s founding father Lee Kuan Yew wrote in 2000 in his memoirs: “Only in the Philippines can the state burial of a leader like Ferdinand Marcos, who looted the country for more than twenty years, be considered.” From the third world to the first. “Although only a small portion of the loot was recovered, his wife and children were allowed to return and engage in politics.”

Today, more than twenty years after Lee publicly criticized the Philippines’ incomprehensible and merciful attitude toward the Marcos, the infamous political dynasty is one step closer to occupying Malacanang Palace. The only son of Philippine dictator Ferdinand “Bong Bong” Marcos of the same name, is the preferred candidate to replace outgoing populist president, Rodrigo Duterte.

A recent opinion poll shows that in the presidential election on May 9, 2022, the son of the former dictator can count on the support of nearly half of the Filipino electorate. Her closest rival, Vice President Leonor “Lenny” Robredo, scored the support of only a quarter of potential voters. After persuading Sarah Duterte, the daughter of the incumbent, to run with him as deputy, Marcos Jr. is now leading the polls a few months after Election Day. Since the Philippines has a one-round majority electoral system, with no ballot, Marcos Jr will only need to win more votes than all the other presidential candidates.

Former First Lady Imelda Marcos, famous for her extravagance and oratory gestures, is preparing to claim her honorary place in the presidential palace. While it is true that Philippine elections are particularly unpredictable, the extremely rapid revival of the Marcos family is in itself a ruthless verdict on the profound failings of the country’s democratic institutions. Decades of impunity, historical distortion, politics filled with corruption and elite-only economic growth have pushed a growing number of Filipinos into the arms of the Marcos family.

disastrous dictatorship
Bong Bong launched his presidential candidacy by promoting a “united leadership” he said could make the Philippines great again. While not explicitly siding in favor of a return to dictatorship, the former senator said that “if my father were allowed to pursue his projects, in my opinion today we would be like Singapore”. A somewhat ironic statement, in which Lee Kuan Yew, the political leader who made Singapore what it is today, described Marcus Senior as “a busy old ruler who allowed his wife and his aides to clean up the country thanks to an ingenious system of monopolies, and put heavy debts on the government.”

Indeed, by any objective indication, the Marcos dictatorship was disastrous for the Philippines.

In the early 1960s, before Marcos became president, the Philippines had one of the most dynamic economies in the world. That is why Manila was chosen in 1965 as the headquarters of the Asian Development Bank (ADB), a major financial institution. Seoul, Tehran and Tokyo also competed. However, everything began to change when Marcos took over the presidency of the Philippines, shortly after the Asian Development Bank took office in Manila. In 1986, when he left power amid a wave of national protests after 21 years, the Southeast Asian country was financially bankrupt and its institutions shattered.

The years of the dictatorship were marked by extreme brutality and rampant corruption. After martial law was declared in 1972, thousands of Filipino activists, journalists, and suspected Filipino dissidents were tortured. Some are gone forever. Independent media was closed down and the Philippine two-party system was abolished, modeled after the United States.

Despite a few years of rapid economic growth, the former Filipino strongman presided over a kleptocratic regime that ran into bankruptcy in the early 1980s. The regime’s followers became billionaires while the vast majority of the population was pushed into poverty.

According to some estimates, the Philippines will continue to pay off the debts inherited from the Marcos era until 2025. During his twenty years in power, Marcos failed miserably to reproduce the economic miracles and global industries that emerged in neighboring countries such as South Korea, Taiwan, and Singapore.

However, with very few exceptions, in the three decades since the fall of the Marcos regime, not even the democratically elected leaders of the Philippines have been able to deliver on their promises of freedom and prosperity.

front of democracy
While restoring basic political liberties, the Philippine Constitution of 1987 was promulgated after the fall of the Marcos dictatorship to protect the interests of political dynasties and major monopolies, deliberately avoiding radical reforms.

As a result, the Philippines remains largely under the control of a shockingly small elite. Political dynasties control more than 70 percent of elected positions in the country. In the Philippine Congress in recent years, the proportion has exceeded 80 percent.

According to the World Bank, in the context of rapid economic growth in the early 2010s, the 40 richest business families, which also control major political parties and the press, lost three-quarters of their new wealth.

Government agencies have little money, are full of politically appointed employees, and are full of corruption. The most well-known case is that of the Philippine judicial system, where many overworked judges and staff face intimidation and corruption.

So it is not surprising that the Marcos, although they were convicted of various crimes, did not serve any sentence. In 2018, Imelda Marcos was found guilty of corruption by the Philippine Supreme Court, and despite this, the former first lady is still at large.

See also  Export, the positive impact of the euro on the Italian economy

His son Bong Bong was convicted of violating tax laws, but in past decades he has been allowed to run for and win many public offices. Systematic impunity has accompanied the historical revisionism emerging in the country’s educational institutions and the continued spread of pro-Marcos propaganda on the Internet.

The pathetic shortcomings of Philippine democracy explain why the majority of Filipinos repeatedly declare in opinion polls their willingness to support a “strong leader” who does not have to worry about elections or oversight by law.

In a 2020 Pew Research Center poll, nearly half (47 percent) of Filipinos surveyed said “most elected officials don’t care” about the interests and opinions of ordinary voters. In a previous survey in 2017, Pew found that only 15 percent of Filipinos strongly support a liberal democracy, and more than 80 percent expressed willingness to assess a potential authoritarian leader. Incredibly, the new members of the expanding Filipino middle class, who used to travel to neighboring countries such as Singapore, are the most ardent advocates of the Philippines’ authoritarian leadership.

A century ago, the Spanish writer Jorge Santayana warned that “whoever does not remember the past is doomed to repeat it.” It has been proven that this saying is taken in the Philippines. Memories of the pain inflicted on the country have been replaced by Marcos with nostalgia for an imaginary “golden age” that lived under the late dictator’s regime. This nostalgia, combined with the failure of many democratic policies, paved the way for Marcos’ resurrection.