Where does art end and where does space begin? (current second) 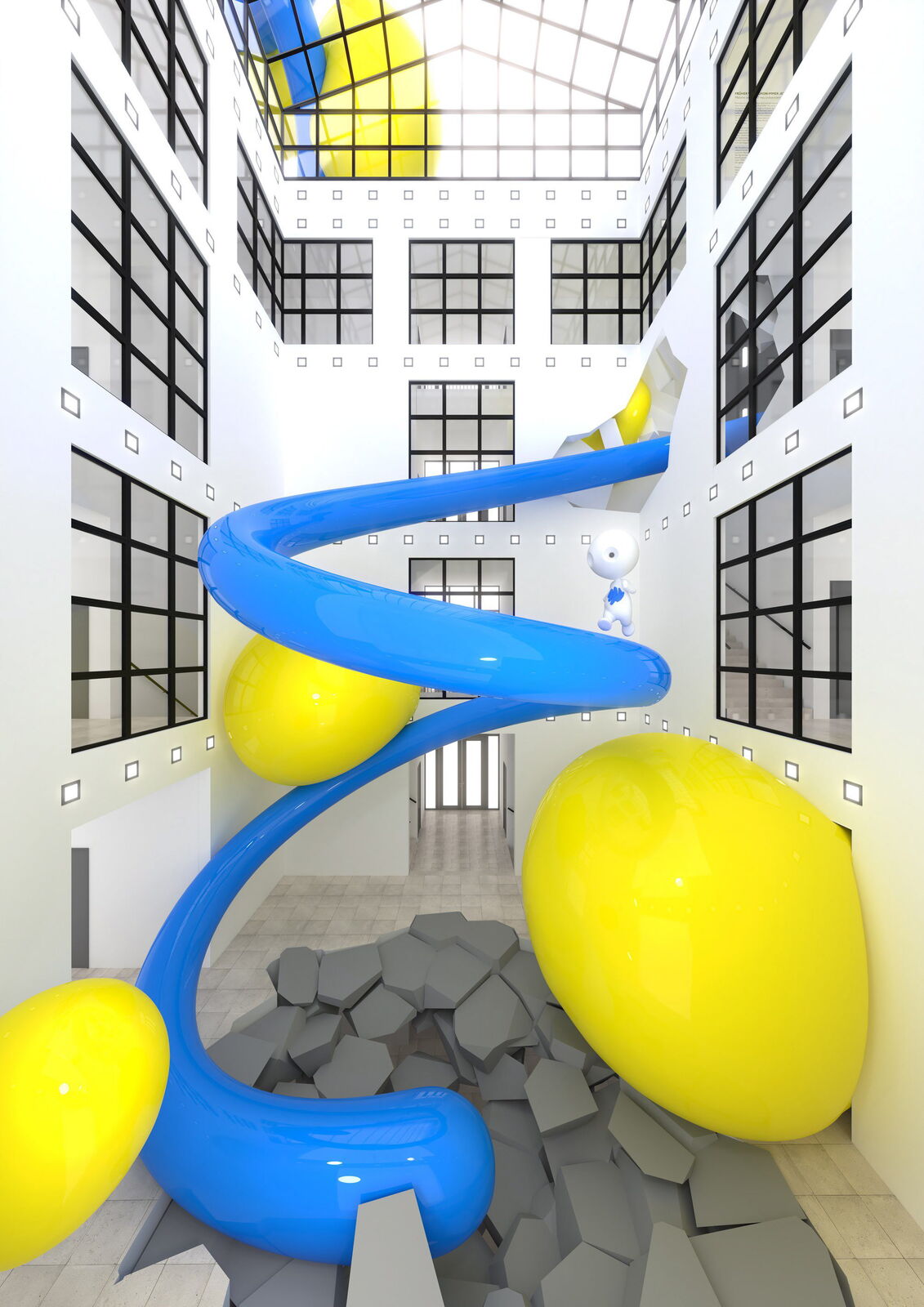 At first glance, “Two Places in One Room 2005” by Jürgen Albrecht is a fascinating installation: an abstract object hanging from the ceiling, a rectangular box-like structure with irregular slots cut into it. However, what you don’t see is the camera shooting at the object from above. Only one cabinet down you can see the film, tilted at a 45 degree angle, an image in which you think, without knowing the actual setting, you can see a misty corridor, the mood of which changes depending on the occurrence of light. At first you don’t notice that another camera is recording you in front of the photo. Finally, you can see the last image on a second screen – no longer just an abstract image, but a person in a room like a hallway.

Albrecht, born in 1954, isn’t a master of artwork – but ‘Two Places in One Room’ sums up what the exhibition ‘Out Of Space’ at Hamburger Kunsthalle is all about: the artistic questioning of ‘space’ ‘category, ultimately leads to Dissolution of spatial perception. Curators Jan Steinke and Ifee Tack investigate this in a relatively traditional way: by compiling situations from the 1960s to the present that deal with the relationship between art and space. In order not to be able to answer the fundamental question at the end: what does space actually mean?

The fact that Steinke and Tack primarily use the Kunsthalle group here isn’t necessarily original, but it’s not reprehensible either. After all, the extension of Oswald Matthias Ungers was opened in 1997, the space was allocated in an exemplary way; Practically every exhibition in the building should relate to the interior and exterior, to art and urban space, in view of the open architecture with large window facades. It’s not easy to use this house, but works like Robert Morris’ Untitled “Untitled” aluminum grille installation from 1968 make a strong impact here. Morris’ simple installation is the latest addition to the interior collection, a donation that stimulated the gallery in the first place: as a reflection on the question of where the artwork ends and where the space begins.

READ  SpaceX Crew-1 Mission: Everything you need to know about the historic launch

Minimalism is a path in which she operates “Out Of Space”, with works such as Charlotte Buzyninsky’s installation “Vierkantrohre Serie D”, which builds the hall, or Cabrita’s “LT”, which draws on the strategies of Arte Povera. Yet another path is the spectacle, the artistic force that overpowers you when a room becomes unsafe: with the installation of Jacqueline Hen’s “Inflected” mirror, before which you lose your orientation after a while. Or through two virtual reality processes that transform space into digital.

On the one hand, there is Armin Keplner’s ND-996, a work that is a mysterious, dark and beautiful sculpture that, after donning virtual reality glasses, disintegrates into a terrifying technical spectacle that thus eludes the viewer. Then Manuel Rosner did “How did we get here?” , a work that can also be explored with virtual reality goggles, which extends virtual reality more playfully than course through the (after all: destructive) art gallery architecture. The game character “How did we get here?” Because Rosner hid 15 irreplaceable tokens in the work, researchers could thus obtain digital artwork.

As a game this may seem innocuous, but it shows how this exhibition subtly unites two contrasting artistic approaches to reality. Focusing on space in any case allows performative strategies (several videos of Bruce Neumann’s appearances from 1968 to 1973) to stand relatively smoothly next to a sculpture closely related to its physical content, such as Hubert Kiecol’s “Tor.” From there there is a beeline for “Everyday Rise and Fall” by Axel Luitved. And because Loytved converts the daily changes in one’s body into a unit of measurement in the synthesis of their gait, you can easily return to Nauman’s explorations of bodily space from there. Overall: With a good 20 galleries, Out of Space may not be a huge gallery, but in its formal and content focus it gives a fairly comprehensive overview of how artists have approached the issue of space for about 50 years.

READ  Beekeepers want their own space - the dam

That only some aspects are touched upon – for free. The relationship between space and sound appears, but is easy to overlook. For example, the room’s stunning installation “Inflect” inspires the potential for visual distortion, but the fact that an audio track is playing in the meantime takes a back seat. And Angela Anzi’s “Help on Objects 2”, as an aesthetically charged arrangement of the subwoofer, is essentially a set of performance props, but here the individual objects take on a sculptural feel taking their vocal side in the background. And even if the audio loop is played every half hour for demonstration purposes – those standing in front of the plant at other times only see the flower-like structures whose relationship to the room remains unclear at the moment. It has been emphasized that the question of space is also a political one, but it remains alien to the technical situations described (with the exception of the possibility of Kiecol and Cabrita).

But it doesn’t matter: Out of Space is a clever little exhibit that, in addition to its simple focus, also contains amazing sensory moments. Even the horror fun hidden in Jan Kuchermann’s mini-nightmare “Dead End Dommitzsch”. The fun that always explodes when space unfolds in that the earth is being pulled away from under your feet.