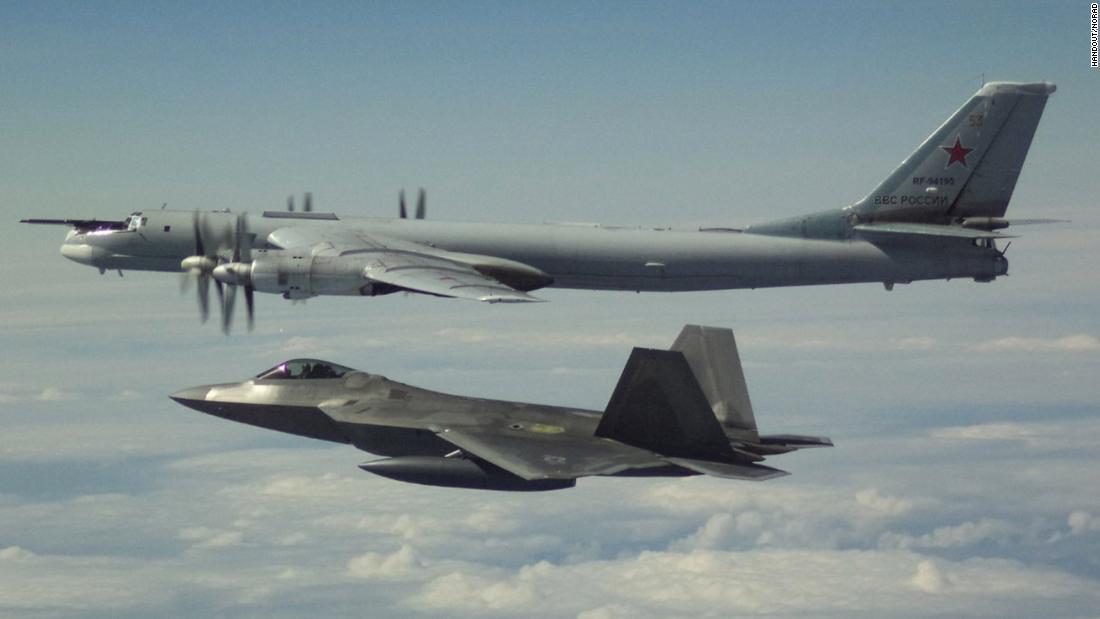 A Russian military aircraft entered the Alaska Air Defense Identification Zone and was intercepted by U.S. fighter jets, backed by U.S. tankers, NORAD said in a statement. In the first encounter, NORAD said, two Russian bombers, two Russian fighter jets and a Russian early warning and control aircraft are located at a distance of 20 nautical miles off the coast of Alaska. The second formation was two bombers and an early warning and control aircraft located within a 32-nautical-mile radius.

NORAD also said, “Russian military aircraft have remained in international airspace and have never entered the sovereign airspace of the United States.”

General Terrence J. O’Shaughnessy, commander of NORAD, said Wednesday that “the interception of several Russian aircraft shows the readiness and ability of NORAD’s forces to defend the homeland.”

“Flying air patrols protect the approaches to our peoples and send a clear message that we continue to carry out our Home Guard missions with the same capabilities and capacity that we always bring into combat,” O’Shaughnessy said.

See also  Australia: Rat plague has citizens on the edge of an abyss