The United States is counted for foreign countries or almost! 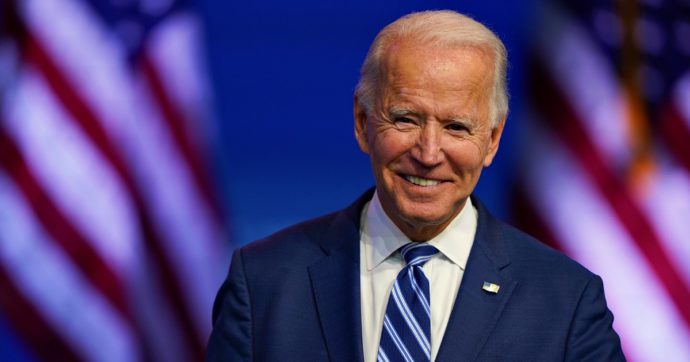 By the way, National Security and Warren, Jake Sullivan, Stated that Biden asked the State Department to be able to fix it, trying to make it easier for those who could not set foot in the United States, even if they had the means.

We remind you that people from Iran, Libya, North Korea, Somalia, Syria, Yemen and Venezuela have been denied entry, with the addition of other African countries in 2019 to the United States.

And now the new administration is taking steps that Trump has blocked and it appears that countries that have benefited from the “Great America Again” ban and policies should pay attention to the new direction of Biden and his administration.

As Trump promised to withdraw from the Middle East, Biden instead, in complete secrecy, returned a large convoy of logistical equipment to military bases to Syria on the border with Iraq. The news passed almost silently, and as Assad also said: “For us Syrians, if Trump and Biden are in power nothing will change.”

Whereas, as for the other hotspot, which was also for Trump, China, in the last sessions, Congress had a majority dimHe started pointing the dragon’s head down and claimed to be toward China Uyghurs He is receiving treatment similar to genocide.

Activated an Executive Committee for Control of Uyghurs, which works specifically to support the hypothesis of genocide, has been activated Jim McGovern Deem has condemned China for mistreatment of Uighurs and asked the Biden administration to take action against the People’s Republic for genocide.

Everything took a faster turn towards these allegations when the Chinese embassy proudly tweeted that China had managed to prevent Uyghur women from becoming “baby making machines”.

The US declaration of genocide means that many countries must step back or at least think carefully before doing business with Xinjiang, which is one of the world’s largest cotton suppliers: Wednesday, US Customs and Border Protection He said the United States is imposing a regional ban on all cotton and tomato products from Xinjiang, claiming that these products were made through forced labor by Uyghurs.

It should be noted that China has been committing these crimes for years, and apparently, if the United States did not move, and Great Britain began to do so as well, then no one would do anything for these poor people, especially countries. Muslims, who did not even express their disappointment, although they say that they are also loyal to Islam.