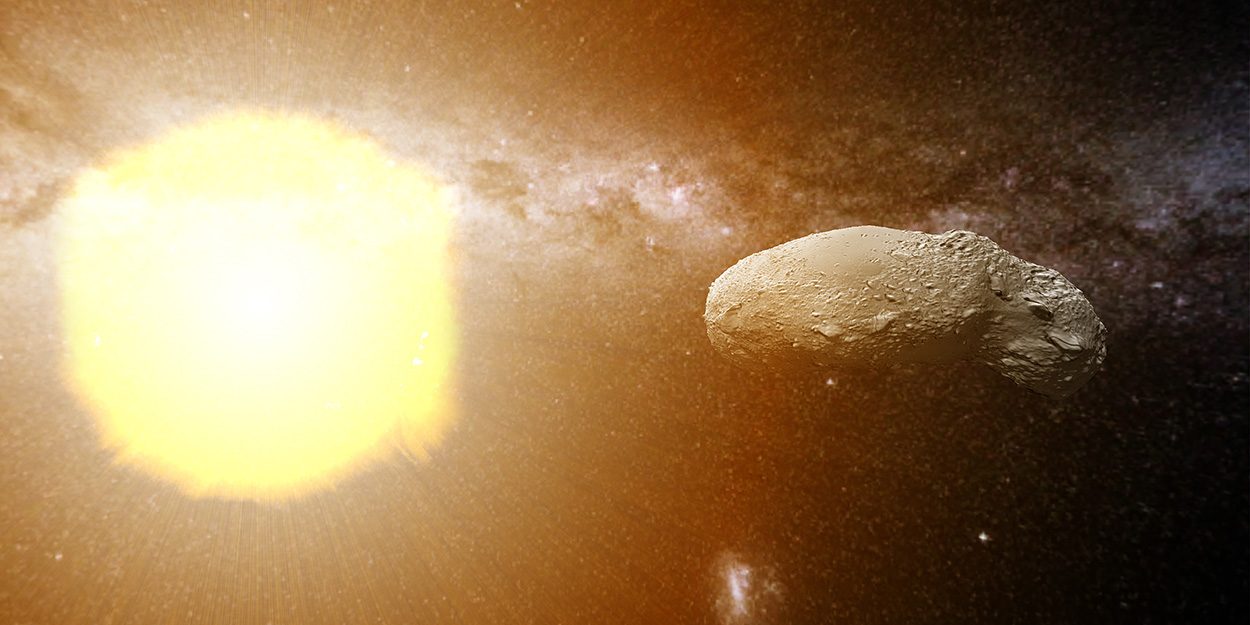 Oceans cover more than 70 percent of the surface of our “blue planet”. But where does the water come from? Previous theories assumed that asteroids that struck our planet in early times brought water with them. New analyzes now indicate that the sun also contributed to the formation of water on Earth. According to this, charged hydrogen molecules from the solar wind can dissolve oxygen from dust grains in space and thus form water molecules. Then they could have reached the young Earth with space dust.

The origins of our Earth’s water lie in space – this has long been clear to scientists. But where exactly the water comes from is a mystery so far, at least in some parts. According to the previous theory, in the final stage of the formation of the Earth 4.6 billion years ago, it reached Earth with the so-called C-type asteroids, which contain water as well as carbon. But studies show that water on Earth has a slightly different composition than that of Type C asteroids: Asteroid water contains a slightly more heavy isotope of hydrogen than water on Earth. According to this, some of our water actually comes from type C asteroids, but there must be another source.

A team led by Luke Daly from the University of Glasgow has now identified this source. “Our research indicates that the solar wind created water on the surface of small grains of dust and that this relatively lighter water likely provided the rest of the water on Earth,” says co-author Phillip Bland of Curtin University in Perth, Australia. Space dust fell to Earth shortly after our planet was formed and brought the water it contains.

Daly and colleagues examined samples from a different type of asteroid, called an S-type asteroid, which orbits much closer to the sun than C-type asteroids and which mainly contain the mineral silicates. The samples were collected by a Japanese spacecraft from the asteroid Itokawa and transported to Earth in 2010. With the help of a technique called atomic probe tomography, the researchers were able to measure the atomic structure of the sample atom by atom and thus track down individual water molecules. “The atomic probe tomography is giving us an incredibly detailed look at the first 50 nanometers of the surface of the dust grains in Itokawa. So we can see that this piece of weathered edge in space has enough water in it. If you extrapolate that, it will reach The amount of water is reduced to about 20 liters per cubic meter of rock.”

How does the solar wind generate water?

Daly explains: “Solar winds are streams of hydrogen and helium ions constantly flowing from the sun into space. When hydrogen ions hit an airless surface such as an asteroid or a speck of dust in space, they penetrate a few tens of nanometers into the surface, where they can affect the composition Over time, the process of space weathering by hydrogen ions can dissolve enough oxygen atoms from the rock material to form water, which is trapped in the asteroid minerals.”

A crucial finding from the researchers is that this water from the solar wind from the early solar system is isotopic light. “This strongly suggests that fine-grained dust caused by the solar wind and dragged into Earth formed billions of years ago could be the source of the planet’s lost water reservoir,” Daly said.

The source of water on space missions?

Daly and colleagues’ findings not only give insight into the early days of our Earth, but may also be of interest for future space missions. says co-author Hope Ishii of the University of Hawaii at Manoa, Honolulu.

“We think it is reasonable to assume that the same weathering process that produced water on Itokawa also occurred to some extent on many airless worlds such as the Moon or the asteroid Vesta. This may mean that space explorers may be able to extract fresh water supplies directly from Dust on the planet’s surface. It’s exciting to think that the processes that shaped the planets could help support human life beyond Earth.”