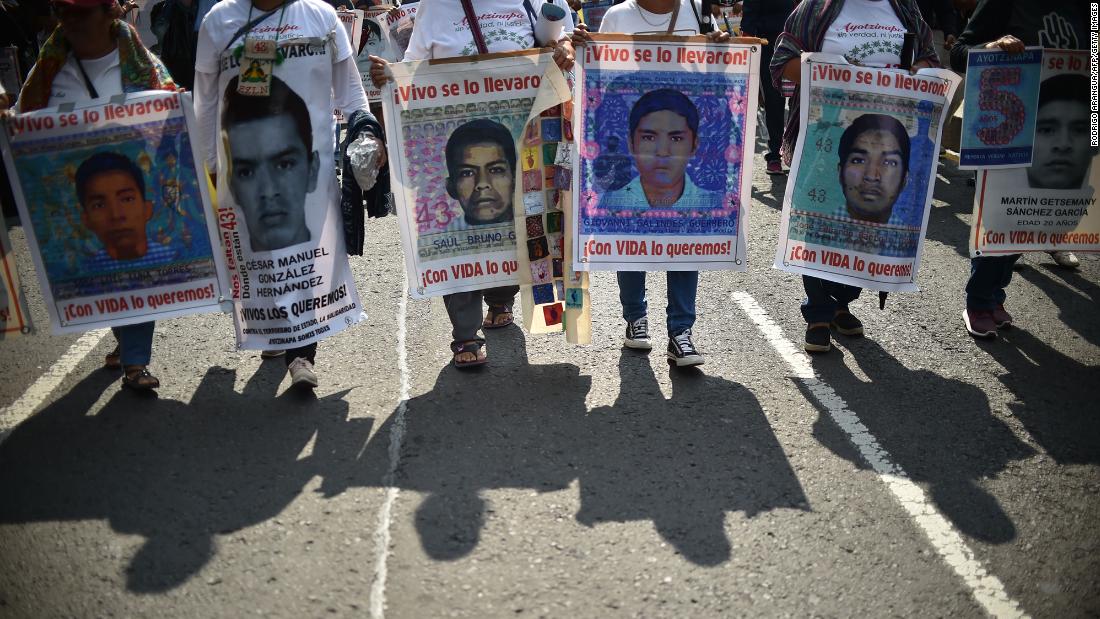 Identification with the help of DNA testing is a big shift in the case and comes more than five years after the students disappeared.

An investigation by former Mexican administration Enrique Peña Nieta concluded that the police caught them and handed them over to the criminal group Guerreros Unidos. Their bodies were burned at the landfill and then thrown into a river in Cocula municipality – a theory called “historical truth”.

But the investigation of Argentine forensic experts opposed that hypothesis, which is why the entire disappearance has been shrouded in mystery for years. President Andrés Manuel López Obrador has vowed to uncover the truth, creating a commission that has reopened the investigation and started from scratch.

The new discovery comes from six pieces of mortal that were sent to a laboratory at the University of Innsbruck in Vienna, Austria, where they were analyzed for months, the Mexican General Prosecutor’s Office announced on Twitter.

Evidence, they said, was not found at the landfill or river, which further contradicts a previous management investigation. Instead, the remains were found about 800 meters from “where historical truth is being created,” the state’s attorney’s office said.

“Undoubtedly this marks the beginning of a new route in an investigation that not only collapsed the so-called historical truth, but created the conditions for indications, evidence, investigations conducted to clarify events that unfortunately took place in Ayotzinapa,” Mexico’s undersecretary for human rights said. Mexico Alejandro Encinas.