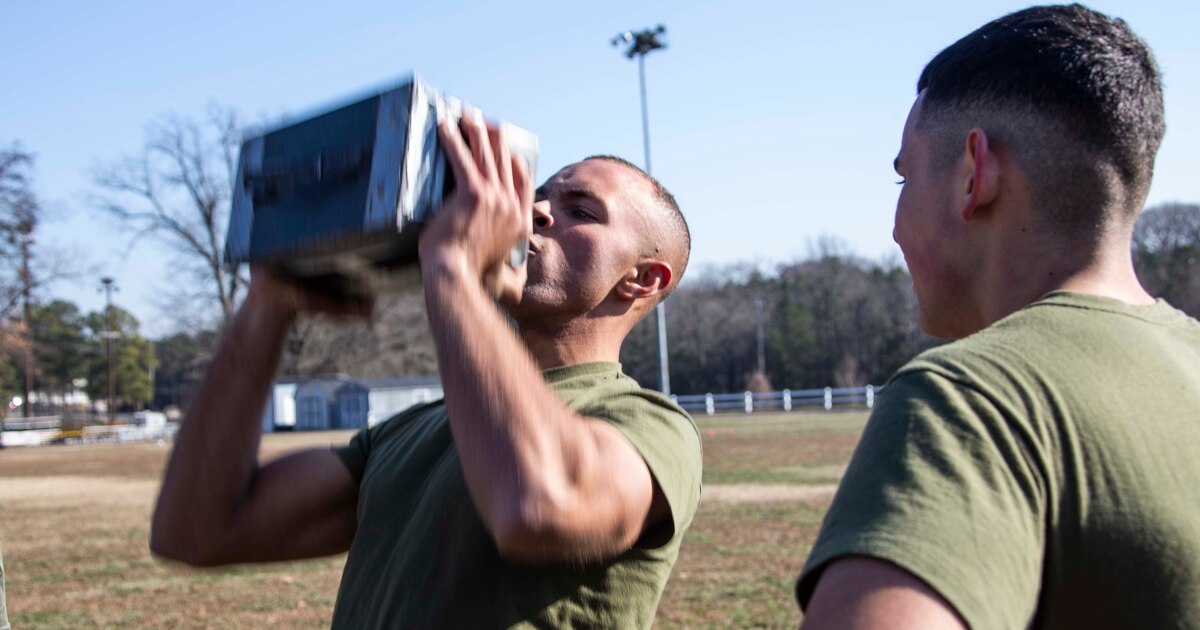 The Marine Corps has suspended its semi-annual combat fitness test for the rest of the year in the wake of the spike in COVID-19 cases, according to a social media post from the Marine Corps Twitter account.

The Marine Corps previously suspended fitness testing in April, as the COVID-19 pandemic first forced the nation to pause.

Just In: All Marines who have yet to take a combat fitness test will not do so this year due to the current nationwide situation. # COVID19 Environment. More information will be released in Maradmin next. pic.twitter.com/jQPiMRewRX

In September the PFT and body composition program were resumed, and the Marines were expected to begin conducting CFTs as normal.

In October, a summer lull in new cases of the deadly virus ended, and the nation began to see a spike in its weekly positive tests, along with hospitalizations and deaths.

New cases rose to nearly 200,000 in the week beginning November 20, according to the U.S. Centers for Disease Control and Prevention.

The spike caused the CDC to warn Americans not to visit their families on Thanksgiving and caused the National Museum of the Marine Corps to close.

On Sunday, Anthony Fauci, the nation’s leading infectious disease expert, told NBC that Americans ignoring the CDC’s recommendation to skip Thanksgiving this year would lead to another spike in early December.

By submitting your email to us, you are subscribing to the Times Daily News Roundup.

The tweet said: “All Marines who have yet to take a combat fitness test will not do so this year due to the current # COVID19 environment nationwide.”