The G-20 in Rome, the absence of Jinping and Putin is a heavy burden. Biden takes the stage – strategies and rules 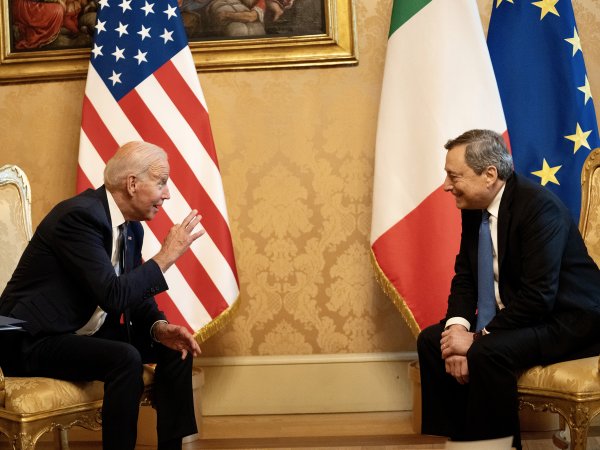 Face to face at Palazzo Chigi “to reaffirm the strength of the bilateral relationship between the United States and Italy” and to reaffirm the unity of purpose in the face of global challenges, from fighting the epidemic to combating climate change, and from relaunching the economy to strengthening the “rules-based” multilateral system. Mario Draghi and Joe Biden met at the Zhigi Palace on the sidelines of the G20 meetings (which start on Saturday, October 30 and witness the heavy absence of Xi Jinping and Vladimir Putin), underlining the close connection between Rome and Washington on key international dossiers. .

Biden told Draghi: “You’re doing an extraordinary job — we have to show that democracies can work and that we can produce a new economic model. You’re doing it.” The two leaders “reaffirmed their firm commitment to bilateral relations and the transatlantic link, including through NATO – as the White House said – and stressed the importance of the partnership between the United States and the European Union, including the ongoing work to ensure that the foundations of the twenty-first century economy are based on Shared democratic values.

Rome stressed the common need to develop “a European defense also for transatlantic security, in an integrative relationship”. This is an essential step, one that has an important impact on the delicate balance between the EU and NATO, and is part of Draghi’s repeated requests for European partners to do more to build a common, self-sustaining European defense capable of meeting global challenges.

Biden’s support on this point is fundamental and the meeting ensured strong support for the Italian side. The meeting between Biden and Draghi should not be seen as just an “exchange of pleasantries,” the New York Times wrote, stressing that “with the departure of Angela Merkel and with Macron grappling with political difficulties, Draghi has emerged as the leader of Europe and perhaps a key interlocutor for an American president aiming to preserve strong alliances on the continent.” “.

See also  Asunemi, Patricia Greco, is appointed to the presidency for a two-year term 2021-2022

The fact remains that the meeting with a leader across the Alps has acquired great significance. French President Emmanuel Macron welcomed what he called “concrete decisions” taken after the Australian submarine crisis that “started the process of renewal of confidence” between France and the United States. In the bilateral meeting, Biden acknowledged that the United States was “clumsy” about the submarine agreement and added: “I want to be very clear, France is a very valuable and valuable partner. It is the oldest and most loyal ally of the ‘USA’.”

Citing consultations between the two countries in recent weeks on climate, defense or innovation, Macron spoke of “decisions that support joint actions and initiatives that are being undertaken in various fields.” “It really is, for me, the beginning of a process of trust,” he concluded.