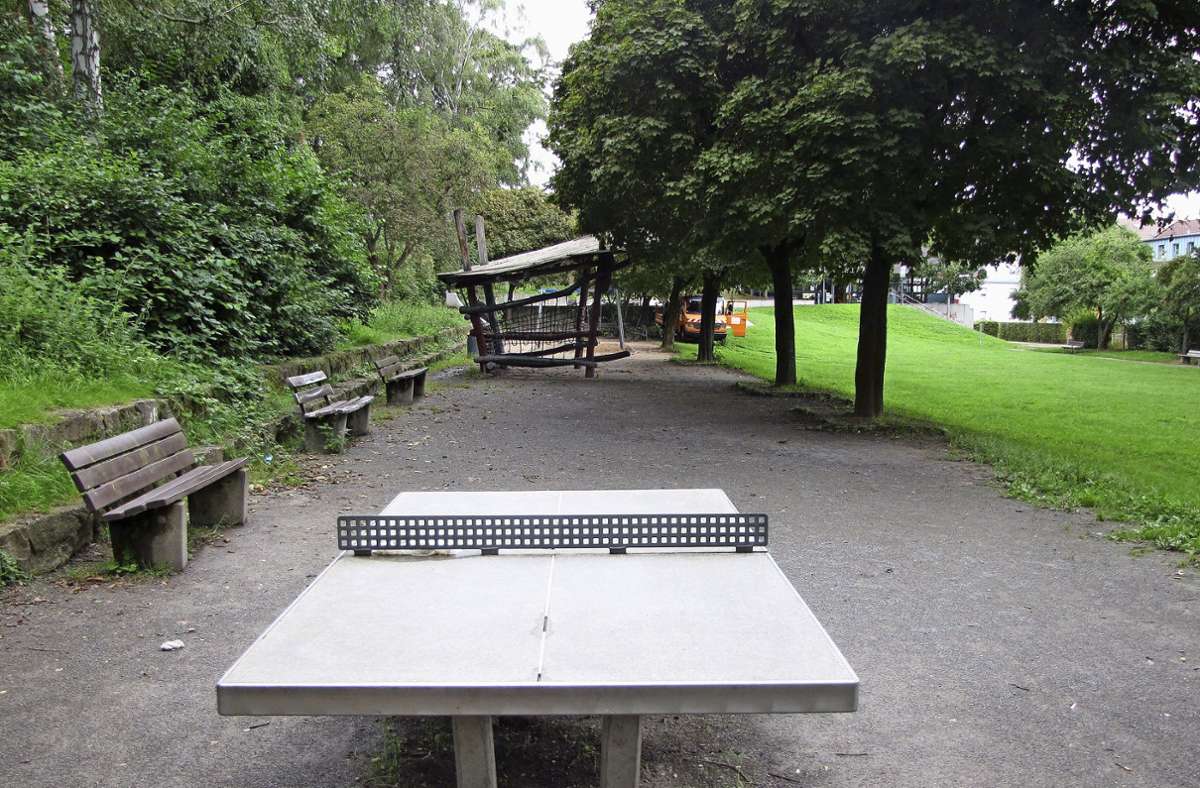 Public spaces, parks and paths must be redesigned in a way that encourages people to move around regularly. Munster’s proposals caused a shake of the head on the district’s advisory board.

The mold is thick, the project is ambitious. Stuttgart master plan For Urban Movement Spaces – Initial Planning and Implementation “aims to design public space in a way that creates incentives for regular movement, strengthens social interaction and improves the quality of life in a city borough. The draft resolution says: “Low-income families in particular often have to deal with multiple burdens such as Unstable working conditions or average living space per person or financial difficulties.” This reduces the opportunity for these populations, particularly their children, to exercise adequately. “It is critical that the public space is designed to stimulate exercise, especially for these target groups, in order to enable low-threshold entry and access to sports offerings.” and county play areas.

More and more is happening abroad

Because more and more sports and exercise activities are also taking place outside of traditional sports facilities. The number of people who exercise outdoors and without guidance is steadily increasing. This also changed the requirements for public spaces such as plazas, parks, pathways, and pedestrian areas. The master plan for urban exercise spaces was defined during deliberations on the 2018/19 dual budget.

The city project team led by the Office of Urban Planning and Housing with the Bureau of Sports and Exercise in close collaboration with the Bureau of Park, Cemetery and Forestry was supported by outside experts. For two years, the main themes and strategies were developed at different levels and levels of observation, at the same time the public space was analyzed in relation to movement and the basic ideas for the design of movement-oriented public urban spaces were formulated. The focus was also on looking at development opportunities in 23 of the city’s neighborhoods.

Reaching a new level of quality

The master plan now available includes, among other things, the derivation of planning requirements, the implementation of the various participating units and planning recommendations as well as concrete implementation proposals in the city areas. “The master plan made it possible to develop a new level of quality in favor of strengthening urban exercise that did not exist in this form in any other German city until now,” was praised in the publications of the municipal council, which was discussed in all the district councils.

At the beginning of the implementation phase, funds of 1.32 million euros were made available in the 2020/21 dual budget. Last year, the first temporary smaller projects were partially implemented. Some temporary measures are planned for this year to test acceptance of bids at potential locations. For larger, permanently installed procedures, several locations have been identified that are currently planned. According to the draft, it is already possible to implement some of them this year.

180 potential areas have been identified in the metropolitan area

The master plan has been tentatively prepared until 2035. About 180 potential areas in the entire metropolitan area have been identified and coordinated and prioritized with specialist office planners.

The Munster District Advisory Board was not enthusiastic about the three districts included in the city district’s master plan. Because in it Neckartalstrasse and Neckardamm are identified as places that should become fitness flair for all age groups with outdoor fitness equipment. “Neckardam is out of place there,” Martin Mole (CDU) said. “I can’t imagine that.” He feels “a little torn” and not taken seriously. Wolfgang Docking (The Greens) was also “very surprised”. He missed the Freibergstrasse. District Director Rinat Polinsky describes Neckarstrasse / Neckardame as a nerve point. A year and a half ago there were workshops where county councils made suggestions that were not reflected in the master plan.

The draft resolution should be completed

Another potential area in the masterplan relates to the stadium on Enzstrasse. The implementation of the renovation began long ago, and the district advisory board shook its head. The District Advisory Board has been very involved in sheltering in the green space between Mosel-/Iller- and Elbestraße, lending a helping hand and supporting the Youth Council. This is the potential Priority Area 2 in the master plan, citizen participation has led to the desire to provide youth shelter and fitness equipment in order to be able to meet and work, and this is justified.

The Munster Region Advisory Council unanimously called for an addition to the proposed resolution. The results of the workshop should be included in the potential areas of Münster, as well as the beach area on the Austraße in Keefertal rather than Neckartalstraße/Neckardamm.