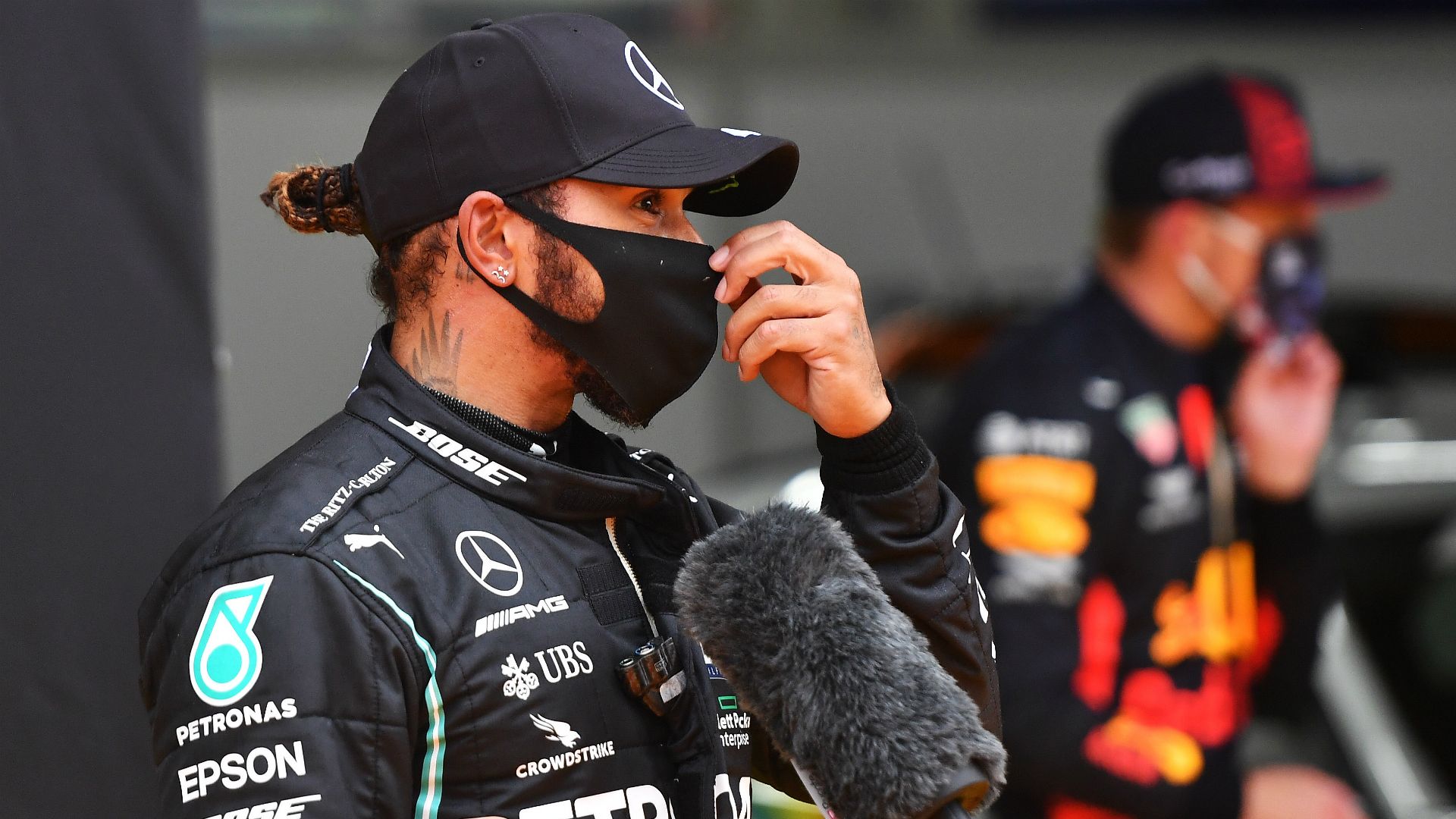 A dramatic start to the Formula One season looks poised to continue with the Styrian Grand Prix at the Red Bull Ring on Sunday.

Torrential rain had qualifying in doubt on Saturday, but fans were rewarded for their patience with a thrilling session in troublesome track conditions once the action began after a delay.

The second of two consecutive races in Spielberg will see Lewis Hamilton and Max Verstappen, two men looking to bounce back from disappointing outings at the Austrian Grand Prix, occupy the front row.

Hamilton has not won in his last four attempts at this circuit and, while the weather may be better on race day, there is potential for another lively grand prix after last week’s entertaining start.

WHAT HAPPENED IN QUALIFYING

A magnificent late effort in the rain saw Hamilton knock Verstappen off the top of the standings in the final stages of Q3, ultimately finishing 1.216 seconds ahead of the Dutchman.

Carlos Sainz claimed an excellent third for a McLaren team who have momentum, with Valtteri Bottas – the winner last time out – having to settle for fourth ahead of Esteban Ocon. Alex Albon qualified seventh but will start sixth after a grid penalty for Lando Norris.

Ferrari had another difficult qualifying, with Sebastian Vettel and Charles Leclerc coming 10th and 11th respectively, before it got worse when the Monegasque dropped to 14th when he received a penalty for impeding Daniil Kvyat.

Red Bull have a score to settle with Mercedes after last week and will hope Verstappen can take the fight to Hamilton at their home circuit, where the Dutchman won in 2019.

Verstappen was denied what looked to be a certain podium and a possible challenge to the two Mercedes when he retired last week, while Alex Albon’s late charge for victory was derailed when he was knocked off track by Hamilton, who received a time penalty.

Red Bull are therefore desperate for points, as is Hamilton, who will be glad to see team-mate Bottas begin three places behind him as he looks to halt the Finn’s early momentum. Sainz, meanwhile, will look to give McLaren consecutive podiums for the first time in eight years.

The race pace of Ferrari, who have not won at this circuit since 2003, will again be under the spotlight. Leclerc’s second-place last week masked serious issues with their car, and while they have brought upgrades to round two, the Scuderia start in an unenviable position.

WHAT THE DRIVERS SAID

Lewis Hamilton (pole): “That last lap for me was really as close to perfect as I could really get it in those conditions. I don’t know how it comes across on the cameras, but it is the hardest conditions that we ever drive in. I still have to do the job and these guys are no pushovers, so it is going to require a perfect job from myself and the team.”

Max Verstappen (2nd): “My final lap could have been a little better and I had a four-wheel drift over the last kerb but still it would not have been good enough to beat Lewis. [Sunday] in the dry will be a different day and hopefully we will be quick enough to fight for the win. Starting on the front row gives us a good opportunity to collect some good points and hopefully we can give Mercedes a hard time.”

Carlos Sainz (3rd): “The car was better than it was last year in the wet. I am starting P3, so there will be opportunities hopefully and maybe we can grab another podium. But it will be difficult – we finished P3 last weekend because Hamilton and Albon collided – what is important is that this year with this car, if the others fail, we are a bit closer to the podium.”

Valtteri Bottas (4th): “My front-right brake was glazing throughout the qualifying so I couldn’t really maximise the potential of the car under braking, which is really important for the confidence in the wet conditions. That made it quite tricky and it was disappointing. We haven’t done a race distance, obviously, in practice [but] we know the car is quick so I’m looking forward to it.”

Sebastian Vettel (10th): “Unfortunately we didn’t have the speed, we had a lot of aquaplaning in the car, struggled to get the tyres to work, in particular the front, so it wasn’t easy to judge. We had a lot of front locking, a lot of aquaplaning down the straight. In the last lap, I tried to do a bit more and risk everything and it didn’t work. I had to try, but not great, obviously.”

George Russell (11th): “It felt incredible. It was a real buzz driving – I was giving it everything I had. If somebody said we’d have been a tenth away from the Ferraris [to get] into Q3, there is no way I would have believed it. It’s not our true pace but it was great and a real boost for the hard work of the whole team. I’m really happy. Let’s see what we can do on Sunday.”

See also  Where will the UEFA Under-19 European Football Championship 2022 be broadcast? TV and Live Partners