Sports and Culture in the American Athletic Camp 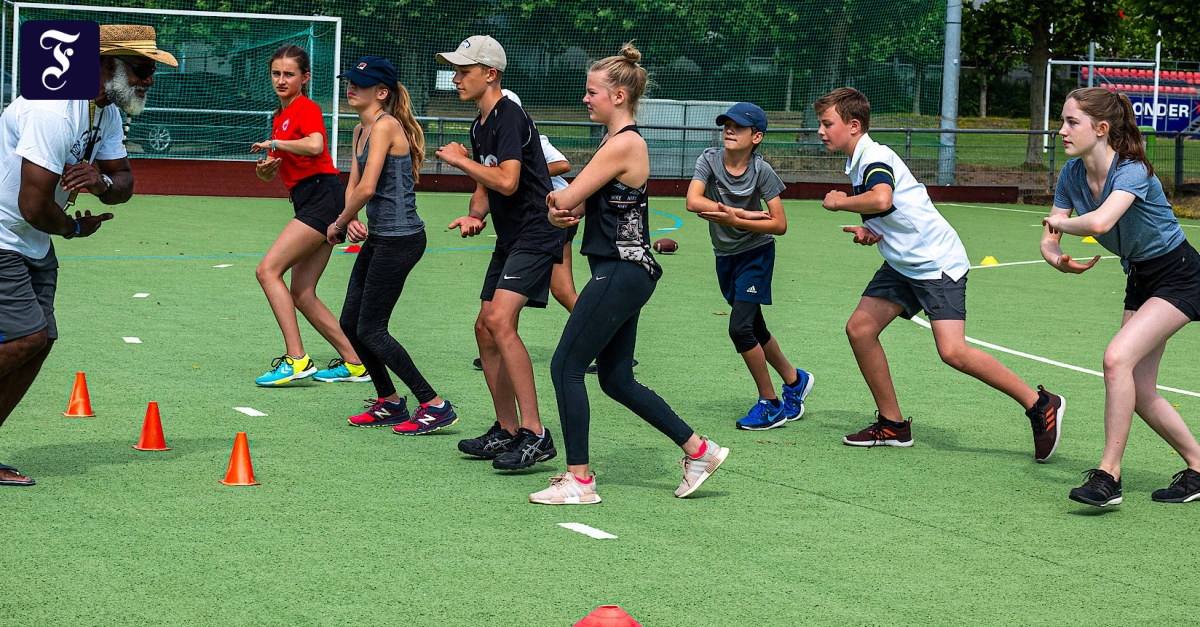 MMeanwhile, such a sport, which is very popular in America, has found its supporters in Germany. Basketball, for example. And American football. On the other hand, most Germans are only aware of other sports from Hollywood movies. The annual American Athletic Camp, organized by the US Consulate General, aims to change that.

Children are already waiting with their parents in the car park in SC Frankfurt 1880. It is the first of a total of five days when they can relax in the holiday camp and try new sports. A black Chevrolet with tinted windows. David Elmo, Deputy Consul General, comes out. He wears sunglasses and a New York Mets baseball shirt which got his last name especially for him.

Learn about sports, culture and values

He sees the US athletic camp as a “great opportunity” for children and youth between the ages of 7 and 17 to learn about American sports, including lacrosse, baseball and American football. Incidentally, the culture and values ​​of the United States can be brought together in a playful way.

For him, American values ​​mean teamwork, dedication, and a willingness to listen and develop your own skills. Elmo also sees sport as a vehicle for international understanding and refers to the FIFA Women’s World Championship, which the United States has just won. “I myself learned more about world geography through sports than through school geography lessons.”

Not all sports that are very popular in the United States are popular in Germany – or even really known. Baseball coach Diana Rockenbach, who coaches Bad Homburg “Hornets”, knows this, too. She attributes baseball’s mysterious presence in Germany to a lack of media attention. “It is simply not possible to watch a baseball match on German television,” she says. On the other hand, American football is shown quite often. According to their notes, the German correspondents make an effort to explain the rules to the public. “Baseball has the most complicated rules of all sports. If you don’t know them, then such a game is bound to sound boring.”