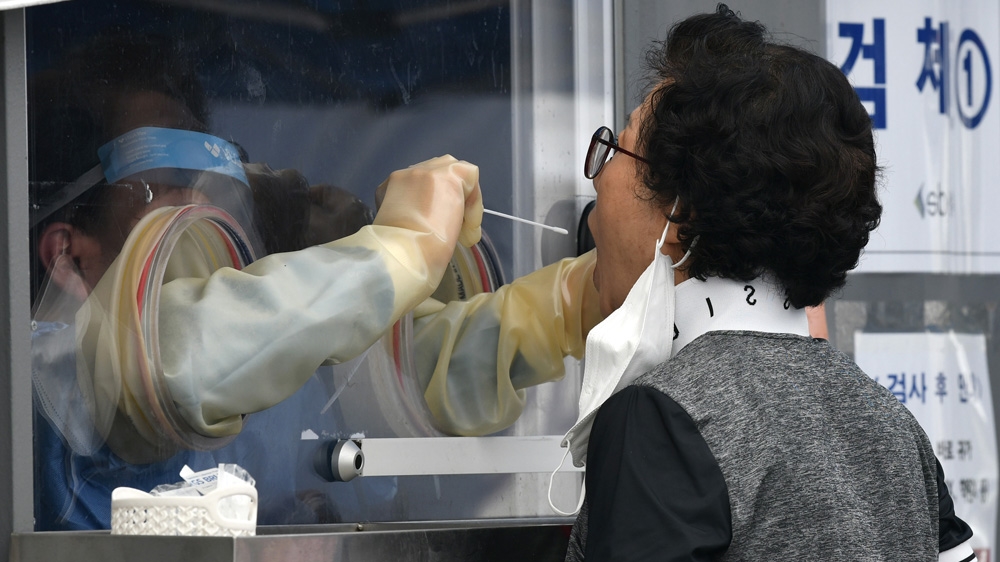 Rwanda has lengthened its evening curfew and prevented movement in and out of the western area of Rusizi after a recent surge in cases of the new coronavirus.

After a cabinet meeting chaired by President Paul Kagame, the government announced  a national curfew would be tightened to 7pm-5am from the current 9pm to 5am.

“Because of increasing cases of coronavirus in Kigali City, public transport between Kigali and other districts has also been banned,” read a statement from the government.

All transport is banned in and out of Rusizi where there has been a significant increase in cases.

British aerospace giant Rolls-Royce said it has suffered a massive net loss in the first half of the year as the coronavirus outbreak sparked a crisis in air transport.

India has recorded another single-day record of new coronavirus cases, reporting 75,760 new confirmed infections in the past 24 hours.

India’s previous highest daily count was 70,488 on August 22. India has been recording more than 60,000 new infections per day for the last two weeks and now has reported 3.3 million cases since the pandemic began.

Hello, this is Linah Alsaafin taking over the blog from my colleague Kate Mayberry.

The UN Children’s Fund says 463 million children are not able to access virtual schooling, which has become necessary during the pandemic, because they do not have the equipment or access to the internet.

After gathering data from 100 countries, UNICEF said children in South Asia, Africa, the Pacific and East Asia were most seriously affected.

“The sheer number of children whose education was completely disrupted for months on end is a global education emergency,’ said Henrietta Fore, executive director of the fund.

South Korea’s parliament has closed after a photojournalist covering the governing party tested positive for COVID-19 on Wednesday, according to Yonhap news agency.

Parliament said more than 50 people, including 14 senior members of the Democratic Party, had been in contact with the journalist and would need to go into self-quarantine and get tested.

Several government offices have also been forced to close because of reported cases, Yonhap said.

South Korea is urging employers to allow their staff to work from home.

The country is battling a surge in new cases, mostly linked to churches and an anti-government rally earlier this month, and are worried offices could become hotspots.

“Please carry out thorough checks of risk factors at workplaces, where the work environment is especially vulnerable to infection, such as call centres and logistics warehouses,” said Health Minister Park Neung-hoo as he reminded businesses of the need to adopt flexible working practices.

Hong Kong is moving to relax some of its rules on social distancing measures from midnight (16:00 GMT) on Thursday for seven days.

The first phase of relaxation includes the re-opening of indoor premises such as cafes and restaurants for limited hours, as  as well as outdoor sports premises where activities involve little physical contact.

Gatherings of more than two people will remain banned.

In China, the People’s Daily says the city of Urumqi in the far western region of Xinjiang, has begun nucleic acid testing of “key communities” as part of measures to “gradually restore normality”.

The city has reported no new infections for 11 days.

Urumqi in NW China’s Xinjiang on Wed started to conduct a new round of nucleic acid tests among key communities and later adjust its current prevention measures for #COVID19 to gradually restore normality. The city has reported ZERO new infections for 11 consecutive days. pic.twitter.com/wQIo6HLeYD

The Korea Centers for Disease Control and Prevention says the country recorded 441 new cases of coronavirus in the past 24 hours, the highest daily number since March.

This is the first time the number has been above 400 since March 7, and raises the prospect of tighter restrictions to curb the disease’s spread. Cases have been in triple digits since August 14.

Tougher restrictions would include a ban on gatherings of more than 10 people, while cinemas, cafes and wedding venues might also have to close.

The Australian state of Victoria reported 23 deaths and 113 new infections – the lowest figures in nearly two months, helped by a strict lockdown.

The state is battling a second wave of the virus thought to have been set off by returning travellers breaching quarantine rules.

Like many around the world, the closing of borders has led to a collapse in the airline’s passenger traffic.

About one-third of Air New Zealand’s 12,500 employees are expected to lose their jobs as a result.

Health experts are concerned a sudden decision by the US to change testing guidance for people who have been exposed to COVID-19 patients but have not developed symptoms risks spreading the virus further.

The Centers for Disease Control and Prevention (CDC) now says so-called “close contacts” of people with COVID-19 do not “necessarily need” to be tested if they do not have symptoms.

The CDC has not explained the decision.

We can’t control #covid19 if we can’t identify asymptomatic cases. We need MORE testing, not less.

My @washingtonpost column on how the new guidelines by @cdcgov fly in the face of public health. We cannot put political expediency over science.https://t.co/6QUDHk21Ew

At what point does society rise up?

We have a Trump administration apparently placing politics and image over American lives. At every turn, the administration has afforded #COVID19 every opportunity to spread further. This is a national travesty and should be called out as such https://t.co/VUVpVhCfaw

Read all the updates from yesterday (August 26) here.

READ  Typhoon Maysak: Japan Coast Guard searches for a lost ship with 43 sailors and 5,800 cows on board