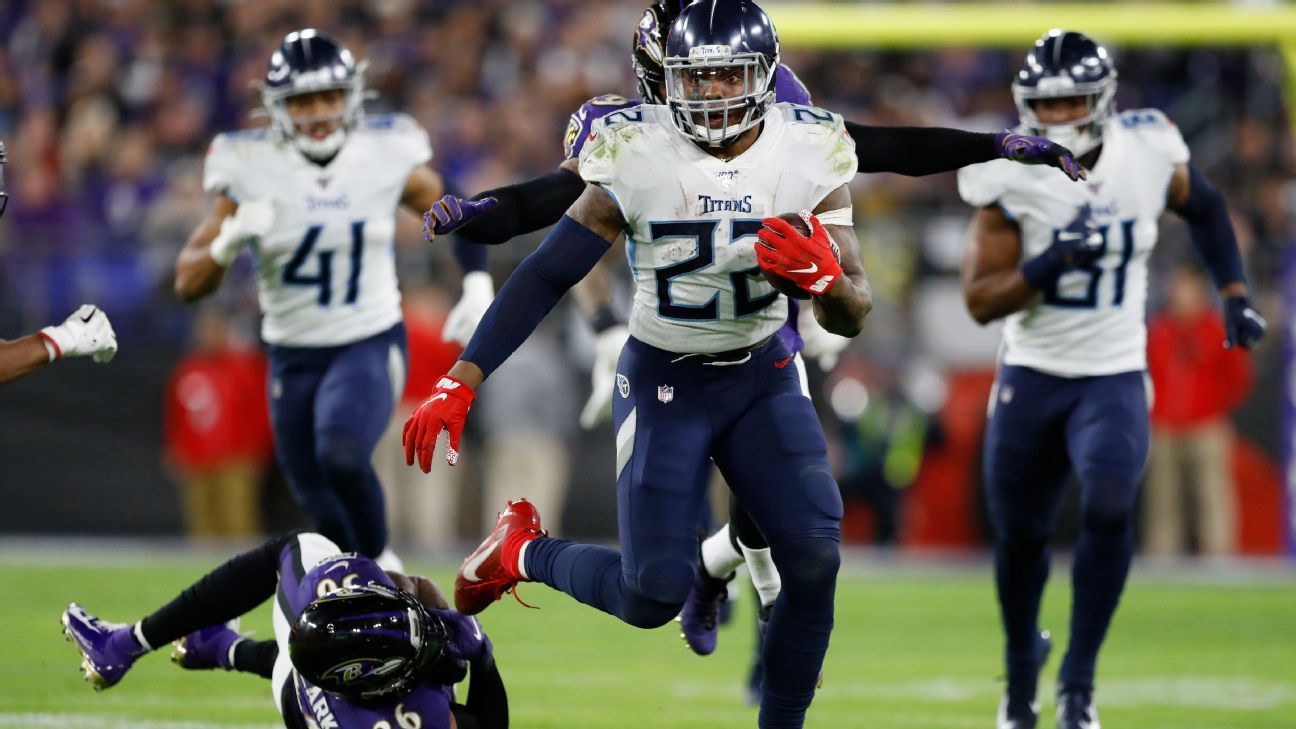 The Titans have announced the deal is official but didn’t include the terms. In one offseason, the Titans have now reached new deals with Henry and quarterback Ryan Tannehill.

This agreement marked a change in plans, as a source said Tuesday that the sides were not expected to reach a long-term deal by Wednesday’s 4 p.m. ET deadline for franchise players.

‪Henry won the NFL rushing title with 1,540 yards last season and has posted consecutive seasons of more than 1,000 yards.

Of all NFL running backs with at least 200 carries last season, Henry’s 5.1 yards per carry was the highest.

Henry proved to be a valuable part of Tennessee’s offensive attack, especially in the playoffs.

“I’ve said it before, I’ll say it again, Derrick is an important part of what we do. Derrick is an important part of our football team,” Titans general manager Jon Robinson said of Henry at the NFL combine in March. “Derrick had a great year for us. He led the league in rushing and built off of the second half of his 2018 season. He cares about his teammates and works hard, and he’s great in the community.”

Entering the AFC Championship Game, Henry had accounted for 69% of the team’s total offense. During Tennessee’s run into the playoffs, Henry also became the first player to rush for 180 or more yards in three consecutive games. The fourth-year running back took on more of a leadership role with the Titans last season, drawing praise from coach Mike Vrabel.

“His leadership ability improved. He became a leader,” Vrabel said after the Titans’ 20-13 playoff win over the New England Patriots. “I think he helped lead this football team and carried my message and our staff’s message into the locker room. His durability, effort and toughness allow him to be a leader. He was excited and talked to guys on the field and locker room, and they listened.”