Snowboard: Hämmerle celebrates a home victory by finishing the photo 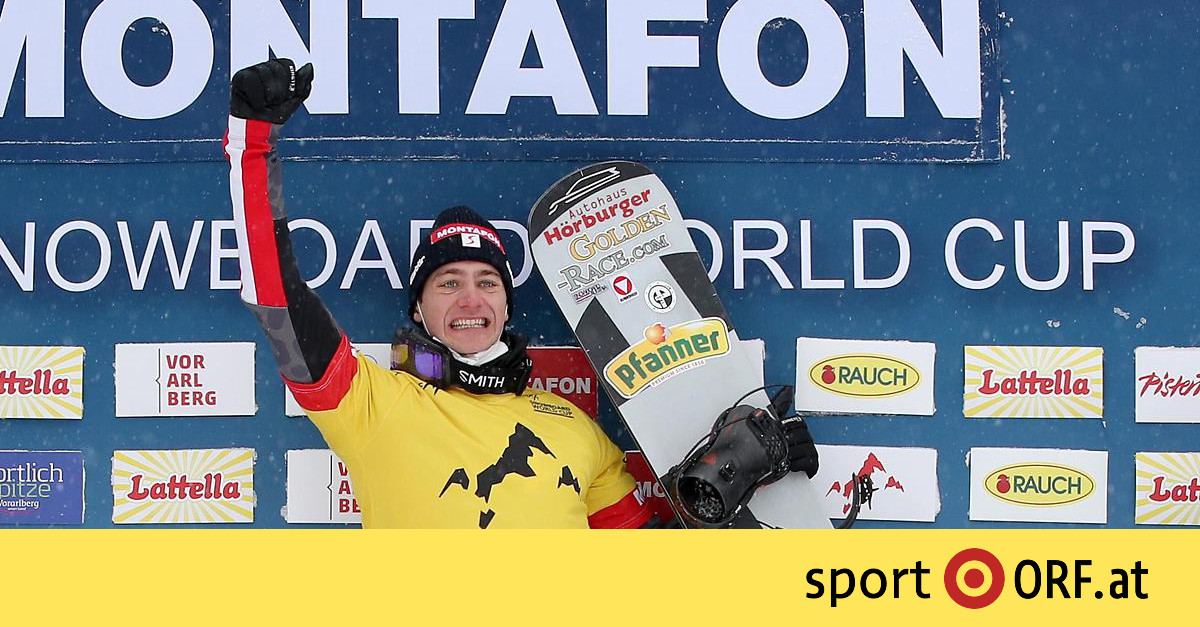 Alessandro Hammerle on Friday celebrated his second success in the second race of this Winter Olympics – and that’s at home, too. Vorarlberger prevailed in the photo finish against Nick Baumgartner of the USA at the World Cup Cross in Montafon and won for the fourth time on Austrian snow.

Online since yesterday at 2:50 pm.

Hammerley, who also won the opening match of the World Cup in China’s Secret Garden at the end of November, fended off Baumgartner’s attack on the finish line in the final and was able to look forward to a 14th win of his career. The third place went to German Ometo Kirschwehm, who also benefited from the downfall of compatriot Martin Norl.

“In the end I wasn’t sure if I was ahead. But I just went for him and I’m glad he made it. The pressure to race home is huge, but I’m glad he succeeded. Winning at home is the best,” said Hammerley Satisfied in an interview with ORF.

Hämmerle won all three of his races until the final, but in the decision, after a mistake, he was initially back in second place behind German Nörl who later fell. Baumgartner was getting dangerously close, but Hammerl was holding him in check. “I knew I was losing speed and I’m glad it turned out that way,” said the 28-year-old local champion.

Another ÖSV athlete, Lukas Pachner, reached the semi-finals, and the 30-year-old finally finished eighth after falling in the ‘young’ final. For Julian Lofner, Jacob Dosek and Sebastian Goode, the race ended at home in the quarter-finals. Despite reaching the semi-finals, Bachner was not satisfied: “After the first qualifier, I was hoping for more. It’s a shame, it was really tight, really tough,” said the Viennese.

The women’s win went to Britain’s Charlotte Banks, who triumphed in the Grand Final against Bill Brockhoff of Australia and Chloe Tresbeuch of France. The Austrian was not represented in the knockout rounds. Domestic runners all failed in qualifying on Thursday. The mixed team competition will take place on Saturday (11:00 AM, live ORF Sport +).