SMU students’ department has been surveyed due to coronavirus protocol violations 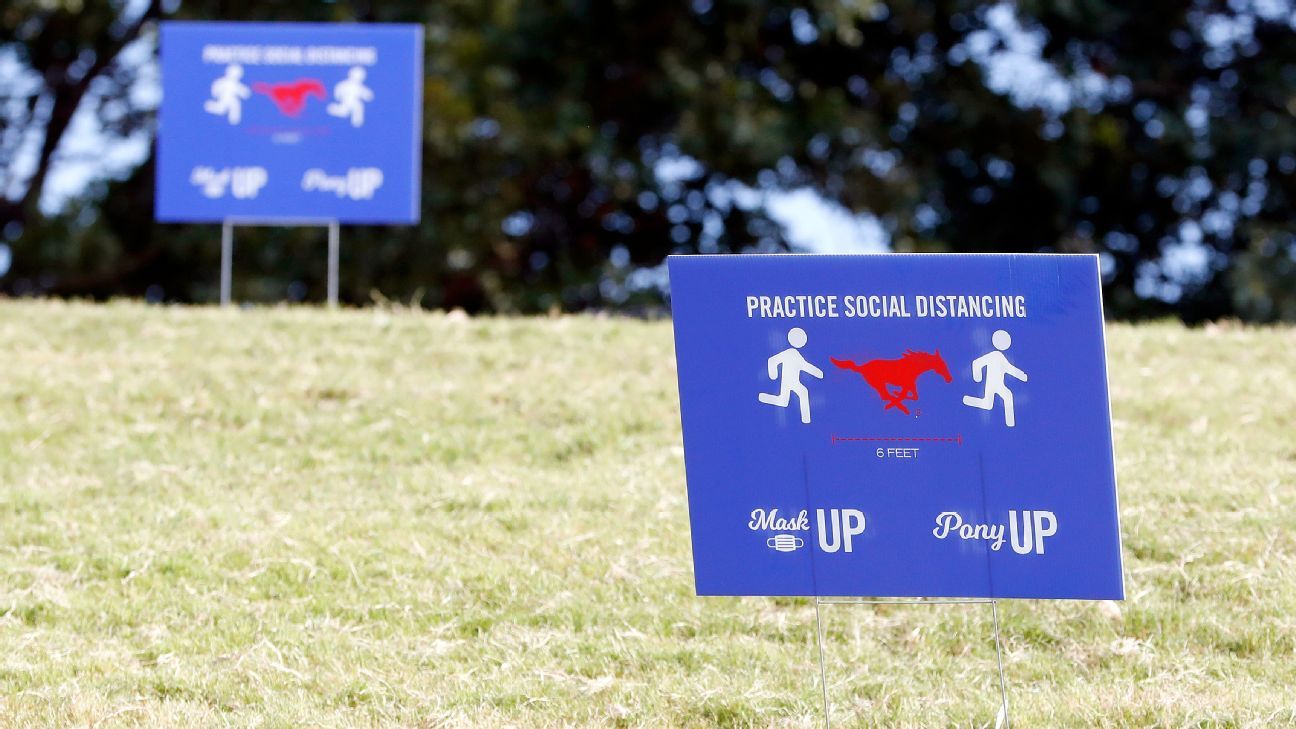 A school spokesperson confirmed to ESPN that campus police wiped out the entire student division of SMU during the first half of Saturday’s match against Memphis because the vast majority in the crowd were not following coronavirus protocols such as wearing masks or social distancing.

SMU’s stadium policy allows up to 1,000 students in the student section and in the park, and requires covering faces when it is not possible to maintain a distance of 6 feet between each person.

“During the game, some students started gathering and ignoring these safety measures,” said Brad Sutton, SMU’s Associate Athletic Director / External Affairs, in an email. “They were asked to spread out and turn away when in close contact.

“After numerous attempts by staff and security to get students to adhere to these safety requirements, it became necessary to clear the area. While some students moved to other areas of the playground where they could watch in small groups at safe distances, I left.”

A picture of masked students, huddled together, has been circulating on social media, screaming and celebrating the landing on a grassy hill in the end area of ​​Gerald J. Ford Stadium, after it appeared in an online story in the Dallas Morning News.

“The majority of the fans in the stadium acted responsibly, and were socially distanced and masked,” Hart wrote. “Nevertheless, we will be working to modify the behavior of a small subsection of fans who did not honor our pledge to protect, which was sent to all ticket holders.”

Over the course of the week, Sutton said, SMU sent out “several reminders of the critical importance of following safety procedures while attending the game.” SMU has also increased the number of staff in its student department. According to the Dallas Morning News, the entire crowd eventually disappeared by the start of the second half.

“While no one at SMU wants to see the fans leave, it is important that we preserve our privilege of hosting matches with fans attending during the pandemic,” Sutton said. “The health, safety and well-being of our fans and students is our top priority and we must implement safety requirements to the extent possible and act as promised by local officials. We hope the students will be able to return to our next game on our soil and we will continue to work towards this goal.”