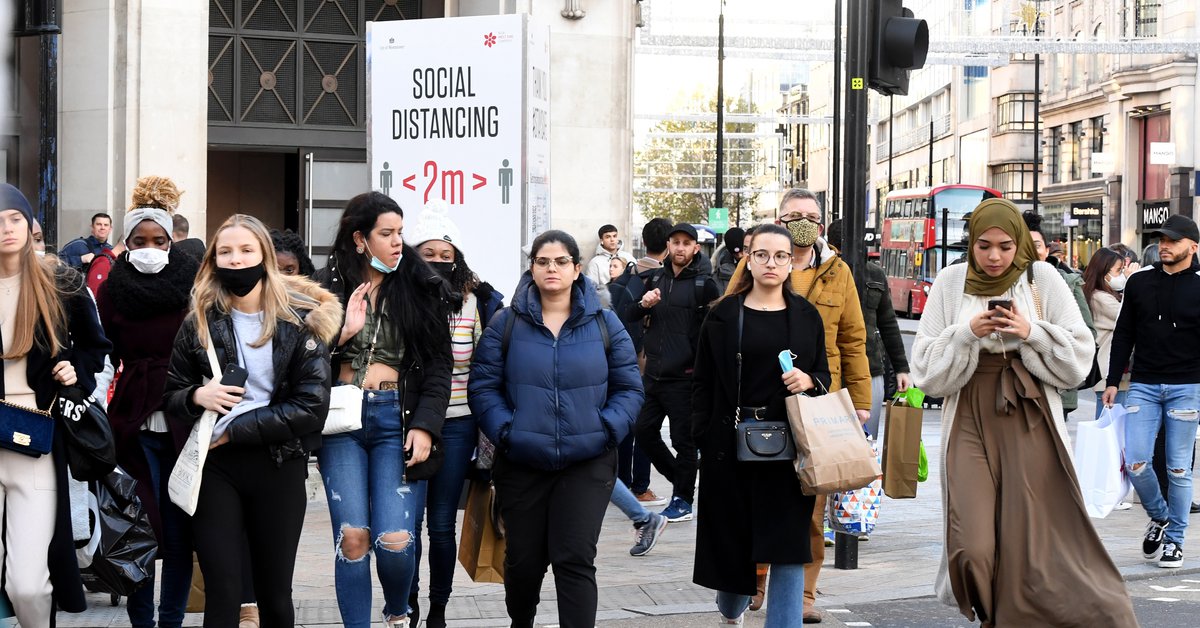 London, 2 July (EFE). About 6.02 million community members had requested permission to reside in the UK after Brexit at the end of the June 30 deadline, of whom 5.45 million had already obtained their settled status (more than 5 years in the country) or had previously been settled (arrived before December 31, 2020).
This is evidenced by the data released today by the British Home Office in a statement, which adds that it still has 570,000 applications received in processing, because more than 400,000 applications entered in June alone, with the deadline approaching.
Although the deadline has passed, citizens of the European Union (EU), European Economic Area (EU plus Iceland, Liechtenstein and Norway) and Switzerland who have not completed paperwork can do so late if they have justified reasons.
Of the applications submitted, 5.3 million were submitted in the region of England (the most populous in the United Kingdom), 291,200 in Scotland, 98,600 in Wales and 98,400 in Northern Ireland.
The ministry confirmed in its memo that all applicants are guaranteed residency rights until they obtain their status, which is usually in about five days, except for complex cases, of which there are a few thousand pending even for a year (often). for judicial reasons).
The government assures that it will adopt a “pragmatic” approach and will tend to favor the regulation of all citizens of the community who request it even after the deadline, but encourages to do so as soon as possible, especially those receiving social benefits.
Indefinitely, when the authorities come across an unorganized person, they will give him 28 days to complete the procedures and indicate where to get help to do so, the statement said.
The Ministry of the Interior confirmed that it will not issue any physical document proving the immigration status of EU citizens, which is something that the groups it represents, considering that it is more practical and less discriminatory than the current system of digital certificates, and can only be accessed online.
In fact, he expects all of his visas to be digital in the future.
The government also makes it clear that established or pre-settled members of the community will have no problems entering and leaving the UK, as customs agents can automatically check their status when their ID document is processed (which, however, must be updated in the digital certificate).
With pro-social associations concerned that landlords or businesses might discriminate against EU citizens, the ministry asserts that it would be “unlawful” to do so and says they have clear guidelines on digital certification.
The interior reports that its settlement programme, which began in March 2019, has been open for longer than similar initiatives to organize British citizens in at least ten European countries, including Austria, Belgium, France, Slovenia and Sweden.
Home Secretary Priti Patel welcomed the fact that more than six million people had applied through the “very successful” British programme, and noted that a team of 1,500 people was processing such applications.
“The guarantees we have introduced to protect those who have not yet done the paperwork, but who are entitled to it, mean that everyone will get the standing they deserve,” he added.