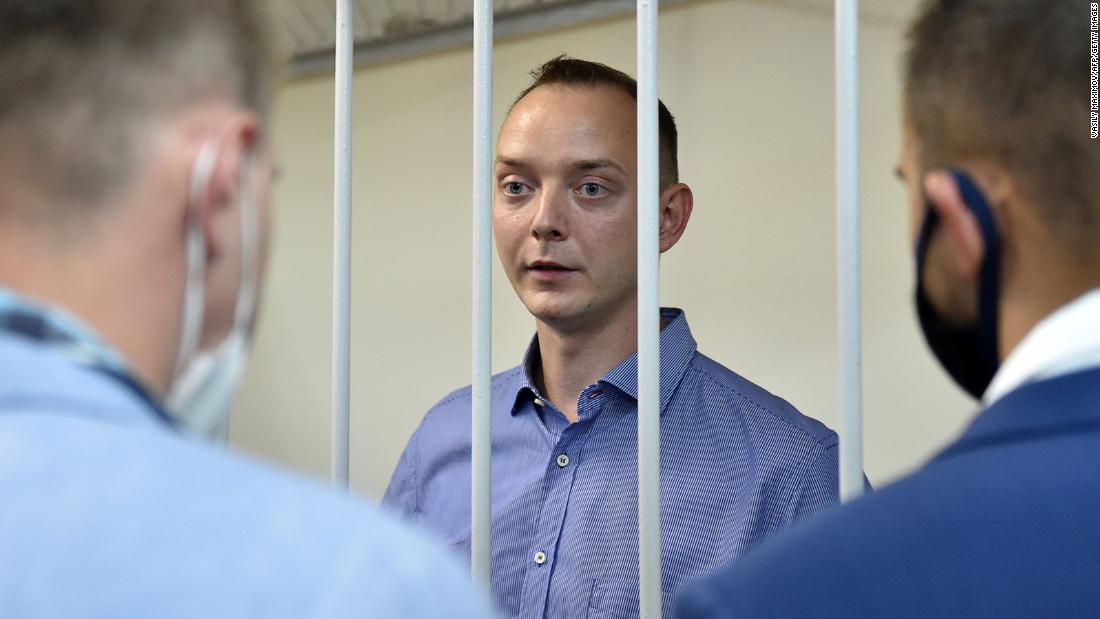 “The Federal Security Service has detained Ivan Safronov, an adviser to the general director of the state corporation Roscosmos, in Moscow,” a spokesman for the FSB told Russia’s state news agency TASS.

“Safronov performed tasks for one of NATO’s intelligence services, collecting state-confidential information on Russian military and technical cooperation, defense and security, and handing it over to his [NATO intelligence service] representative.”

Roscosmos issued a statement announcing that Safronov had been detained on suspicion of treason and that the agency was providing assistance to “investigative bodies”.

The statement added that Safronov’s detention was not related to his current work with the corporation.

Safron’s lawyer, Ivan Pavlov, told Russian media on Tuesday that the accusations “obviously” stemmed from his work as a journalist.

But a spokesman for President Vladimir Putin appears to have taken a different position in the conference call on Wednesday. “I exclude that,” said Dmitrij Peskov, when asked if he was seduced by the special services as the “Safron case” has nothing to do with Safron’s journalism.

“As before, we start from the fact that it’s not related to Saffron’s journalistic activities.”

Roscosmos chief Dmitry Rogozin told TASS on Tuesday that Safronov did not have access to classified information during his stay at the space agency.

“He was called to cover Roscosmos’ activities a month and a half ago. He did not have approval to classify the data,” Rogozin said.

Safronov was appointed adviser to Rogozin in May, who said he had known his assistant for several years while he was still a journalist. “I did not doubt his high professionalism and personal decency,” Rogozin added.

Safronov previously worked as a special correspondent for the Russian newspapers Kommersant and Vedomosti, which covered the military, defense and space industries.

Kommersant issued a statement defending Safron’s professionalism and describing the accusations of treason as “absurd”.

“Ivan is not called one of the best journalists in the country in vain,” the newspaper states.

“We know not only of his highest professionalism, but also of his character. Ivan is a true patriot of Russia, who wrote about the military and the universe because he sincerely cared about them. The suspicion of treason in his case seems absurd.”

Pavlov said that little evidence was submitted to support the accusations. “There are no documents that testify that Ivan transmitted any information to foreign citizens,” he said.

“On July 13, he will be indicted in the investigation office. The next hearing will be the consideration of our appeal, which we filed just today and which will be examined by the Moscow City Court,” Pavlov added.

If convicted, Safronov is in prison for up to 20 years.

According to Russia’s OVD-Info monitoring group, at least 28 people – some of them journalists – were detained in Moscow to protest Safron’s arrest.