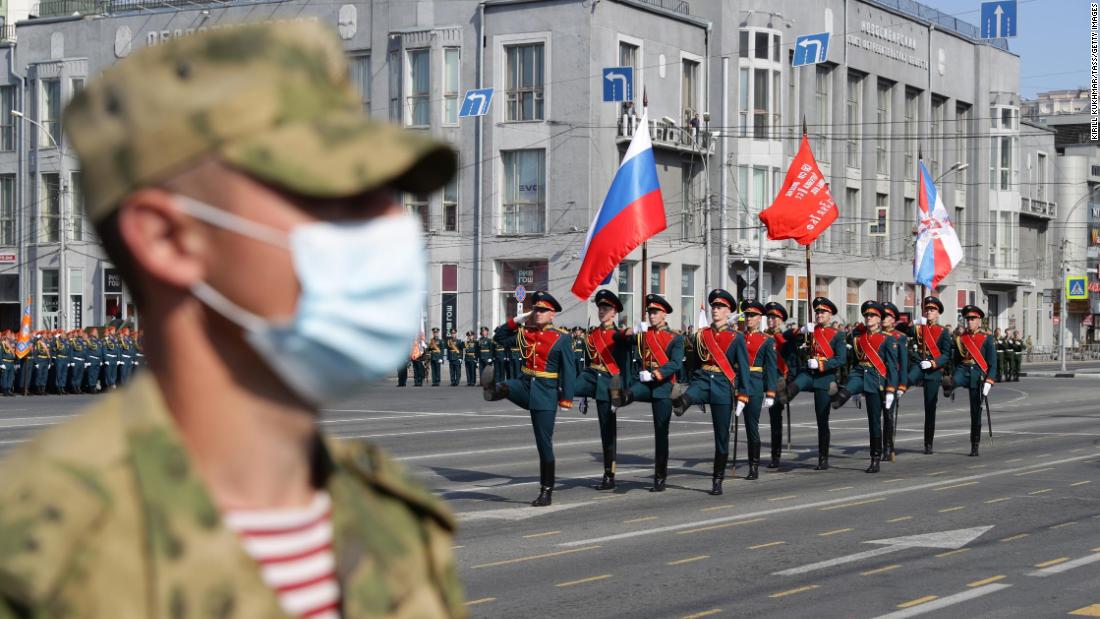 The annual parade marking the end of World War II in Europe is usually held on May 9th. Putin originally planned a grand celebration by inviting world leaders such as French President Emmanuel Macron and Chinese President Xi Jinping to join him.

But like many public events around the world, the event was postponed for fear of the coronavirus. The Kremlin postponed the event after a letter from veterans’ organizations expressed concern about the health risk that such an event could pose.

Many foreign leaders chose to stay away from redirecting events, but leaders of several former Soviet states were present on Wednesday, including Belarusian President Alexander Lukashenko, who is a pronounced coronavirus skeptic.

The audience at Red Square has been significantly reduced this year, so every two to three seats are empty for separate groups of guests. Crowds gathered outside the square to watch the tanks turn, despite calls from Moscow Mayor Sergei Sobyanin to stay home and watch him on TV.

Putin himself is surrounded by veterans who had to be quarantined for 14 days at a spa outside Moscow, the Kremlin said.

The parade itself has been expanded. In all, more than 14,000 soldiers are taking part in this year’s ceremony in Red Square, according to the official announcer.

International contingents are also taking part in this year’s parade, with troops from India, Mongolia, China and the former Soviet republics of Central Asia taking part, among others.

Last week, Putin published an article in the American magazine National Interest in which he pointed out Russia’s efforts to claim a moral position in the years leading up to the beginning of the Second World War. He repeated this opinion in a speech at the parade, saying, “We will always remember that the Soviet people defeated Nazi Germany … and it is hard to imagine what would have happened to the world if the Red Army had not come to its rescue.”

The parade is especially significant for the president this year, as it comes ahead of a national vote on controversial changes to Russia’s constitution that would effectively reset his number of presidential terms and potentially pave the way for him to stay in power until 2036.

Voting was originally scheduled for April 22, but was also postponed due to the coronavirus.

Russia is still reporting about 7,000 new cases a day, and the total number of confirmed cases totaled 606,881, the country’s coronavirus headquarters said.

Moscow lifted most restrictions ahead of the parade, but many cities across the country that typically hold local parades have decided to cancel or keep them without spectators.