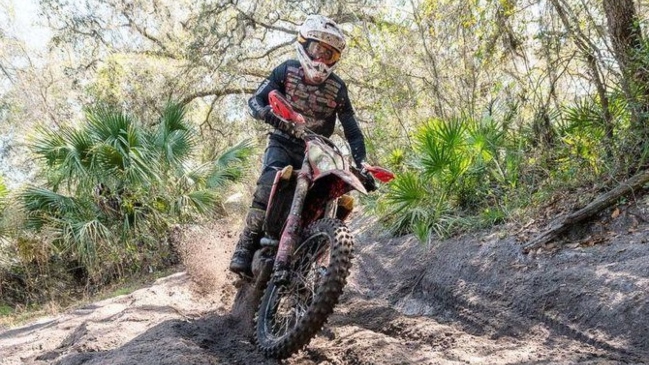 The Phoenix Racing Honda rider started at the top of the 250cc motorcycle series, and finished third, however, On the second lap he suffered a fall and broke the tailpipe, meaning a loss of several minutes, and remained in 13th position, until crossing the finish line 11.

“This race was mine … I finally started and climbed until I was ranked third in the first mile, but I made a mistake when I followed a path where I fell into a pit and from there to a river, I fell into the water and above my motorcycle fell again. They helped me get me out. I kept going, but the bike was having mechanical problems. I had to stop at the pit stop, and change the exhaust pipe as I lost several minutes. They passed on me from my 250cc and 450cc classes, I stayed behind. I recovered, But that wasn’t enough, “Barbosa said.

The next Grand National Cross Country (GNCC) appointment will take place on March 27-28 at the Camp Coker Bullet Circuit, in Society Hill, South Carolina, on the east coast of the United States.

READ  Jack Ma's Ant Group information for IPO, which could reportedly be the major at any time