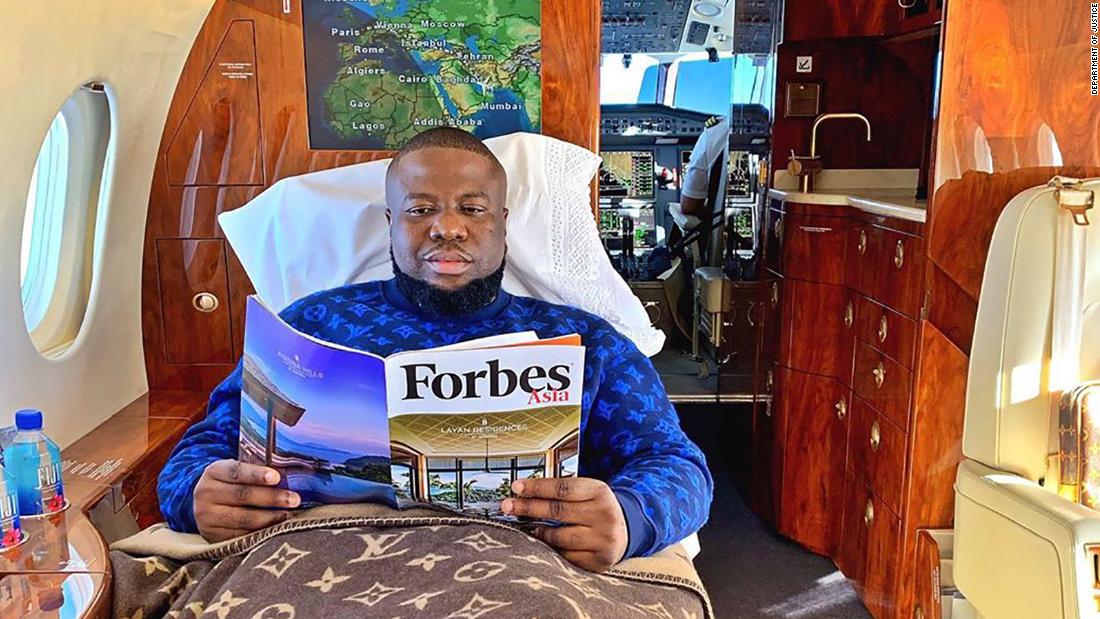 Ramon Olorunwa Abbas appeared in federal court in Chicago on Friday. He has been charged with conspiracy to launder hundreds of millions of dollars through a cybercrime program.

According to a federal statement, one of the alleged victims was a client of a New York-based law firm that lost nearly $ 1 million in 2019.

Abbas was arrested last month by law enforcement officials in the United Arab Emirates, and the FBI transferred him to the United States this week.

Prosecutors allege Abbas is one of the leaders of a global network that uses computer burglary, business email compromise schemes (BEC) and money laundering officers to steal hundreds of millions of dollars.

The BEC scheme often involves a hacker who redirects the communication of a business email account to others in an attempt to lure them into a bank transfer.

“This case targets a key player in a large, transnational conspiracy who lived a lavish lifestyle in another country while allegedly providing safe havens for stolen money around the world. As this case shows, my office will continue to hold such criminals accountable, not .no matter where they live, ”U.S. attorney Nick Hanna said in a statement.

It is not clear if Abbas has a lawyer.

The Justice Department says the Hushpupp Instagram account, which has 2.4 million followers, shows Abbas in front of or in front of the jets, buys luxury stamps, poses in front of Rolls Royces, Ferrari and other expensive cars.

In his biography, Hushpuppi says he is a real estate developer.

According to Dubai Police Facebook page, Abbas and 11 others were arrested during raids in which authorities seized nearly $ 41 million, 13 luxury cars worth $ 6.8 million and telephone and computer evidence containing more than 100,000 fraud files and addresses of nearly 2 million possible victims. .

A criminal complaint filed last month alleges that Abbas and an unnamed person conspired to launder funds from a $ 14.7 million robbery of a foreign financial institution in 2019.

Abbas is also accused of conspiracy to have been part of an attempted theft of $ 124 million from English Premier League football club. The appeal does not state which team it was targeting or whether the attempt was successful.

Authorities said he was part of a BEC scheme that defrauded a client of a New York law firm in October 2019 with about $ 922,857.

The FBI alleges in the criminal complaint that Abbas and others defrauded a paralegal at that law firm to bring the money it meant to refinance real estate into an account used by Abbas and his co-attorneys.

Abbas, 37, is being held at the Metropolitan Penitentiary in Chicago, according to the Federal Prison website. He will be transferred to Los Angeles in the coming weeks, according to the Department of Justice.

If convicted of money laundering, he would face a maximum sentence of 20 years in prison.