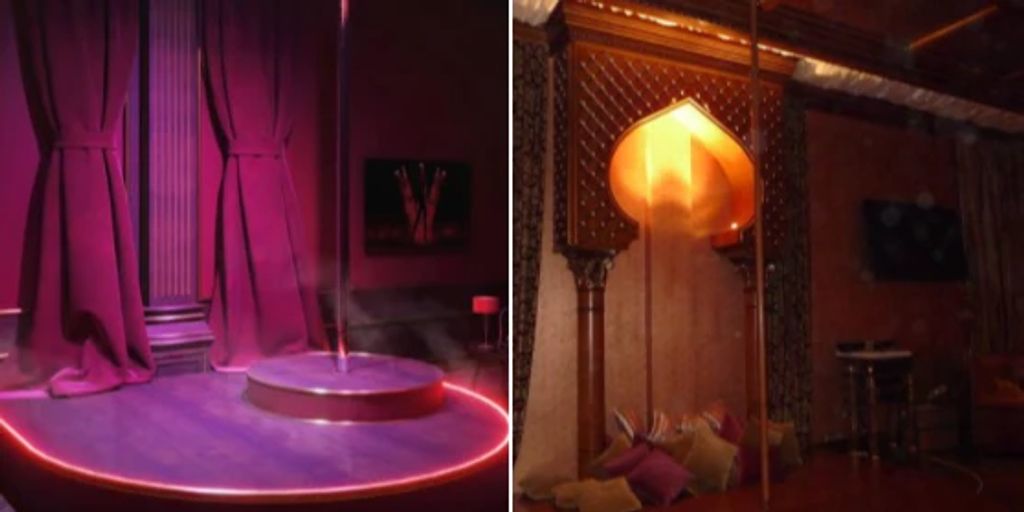 Is Russian President Vladimir Putin enjoying his spare time in a private strip club on his territory? New photos should prove this.