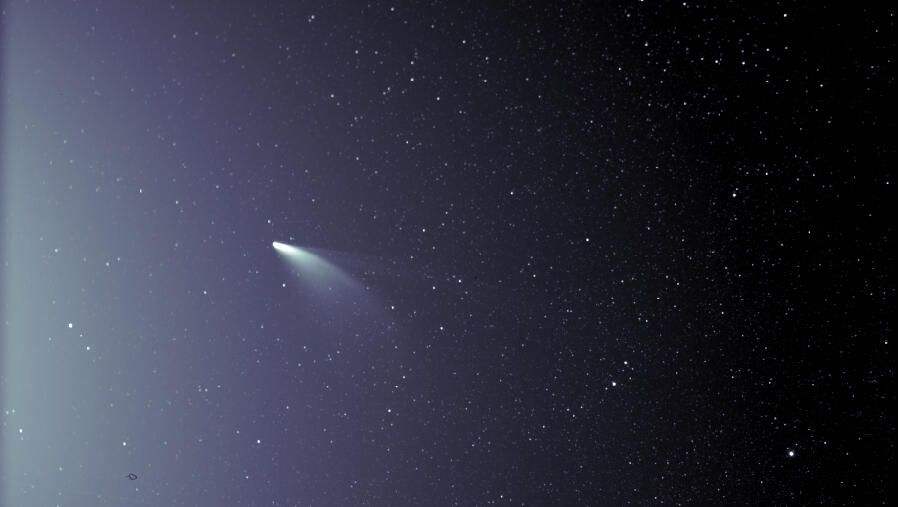 Times have never been better to look off Earth for something spectacular. Right now, rare bright comet Neowise is visible with the naked eye in the night sky and a handful of meteor showers are also currently active.

This exciting conjunction of events also comes as the moon is invisible at night, leaving you little excuse not to go outside after dark and spend a little time just looking up.

On Tuesday night, I ventured out into the exceptionally dark evening of the New Mexico desert, several miles from the lights of the nearest small town. I turned to the north, located the Big Dipper in the sky and moved my gaze downward just a bit. Comet Neowise with its long, flaring tail was immediately obvious, even before my eyes had fully adjusted to the darkness.

I spent less than 10 minutes outside watching the night sky, and in that span of time managed to see two meteors whip by, including one that appeared to cut across the tail of Neowise. It was a truly remarkable sight that instantly had me regretting my failure to grab my telescope or a camera.

Some of you had no such regrets, and have shared your best Neowise pics with me:

One Wisconsin photographer also seems to have captured the same sort of double feature I saw:

Over a dozen meteor showers are currently active, but just a few of them are likely to produce many visible shooting stars this week, according to the American Meteor Society’s Robert Lunsford. The Alpha Capricornids and Anthelion meteor showers both have the potential to produce multiple meteors per hour this week.

“The estimated total hourly meteor rates for evening observers this week is near 3 no matter your location. For morning observers, the estimated total hourly rates should be near 19 as seen from mid-northern latitudes (45N) and 18 as seen from tropical southern locations (25S),” Lunsford writes in his weekly meteor-spotting forecast. “The actual rates will also depend on factors such as personal light and motion perception, local weather conditions, alertness, and experience in watching meteor activity.”

The biggest meteor shower of the year, the Perseids, is also technically active right now, but is three weeks away from peaking. If you do spot a shooting star this week, odds are it’s not a Perseid.

Tips for catching comet Neowise with your camera

And all this action comes as Neowise reaches its closest point to Earth on July 23. Hopefully the close proximity this week will help to make up for the fact that the comet seems to have started fading as it succumbs a bit to the effects of a long flight through a whole lot of cosmic radiation.

Remember, the best way to see Neowise and meteors is to get as far away from light pollution as possible. Look for the comet under the Big Dipper in the evening sky, and don’t forget your camera! Keep those stellar, er, cometary images coming to @EricCMack on Twitter or Instagram.