McDonald’s launches vegan burgers in the UK and Ireland 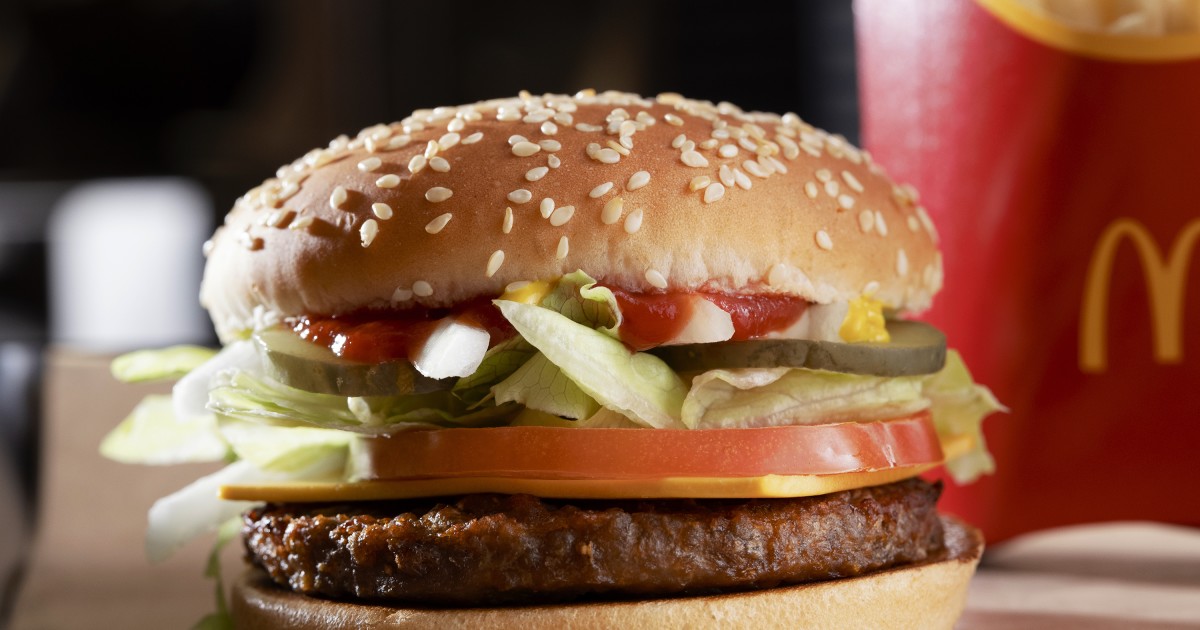 McDonald’s will start selling vegan burgers in the UK and Ireland this month.

McPlant, developed in collaboration with Beyond Meat (a company that makes meat alternatives), consists of a vegan burger on a sesame bun accompanied by vegan cheese, vegan sauce and other ingredients. Both burgers and cheeseburgers are made from pea protein.

The McPlant will be cooked separately from the rest of the McDonald’s products, using specific utensils. It will go on sale in 10 restaurants this month before expanding to another 250 by the end of the year. The new burgers will be sold in all McDonald’s restaurants in the UK and Ireland in 2022.

The Chicago-based chain of restaurants said Thursday that vegan burgers have already appeared on the menus of some of its branches, but this is the first time that a vegan burger – certified by the Vegetarian Society – has been sold by McDonald’s in the UK and Ireland.

The company said it has decided to launch McPlant to meet customer expectations in the UK and Ireland. It has not yet been said when McPlant will go on sale in other markets.

McDonald’s announced its partnership with El Segundo, California-based Beyond Meat in February. It had previously offered McPlant in Denmark, Sweden, and Austria, but in all of those markets, McDonald’s used regular cheese and mayonnaise, so the product was not vegan.

See also  Belgium catches up, beats Finland 2-0 and it's perfect