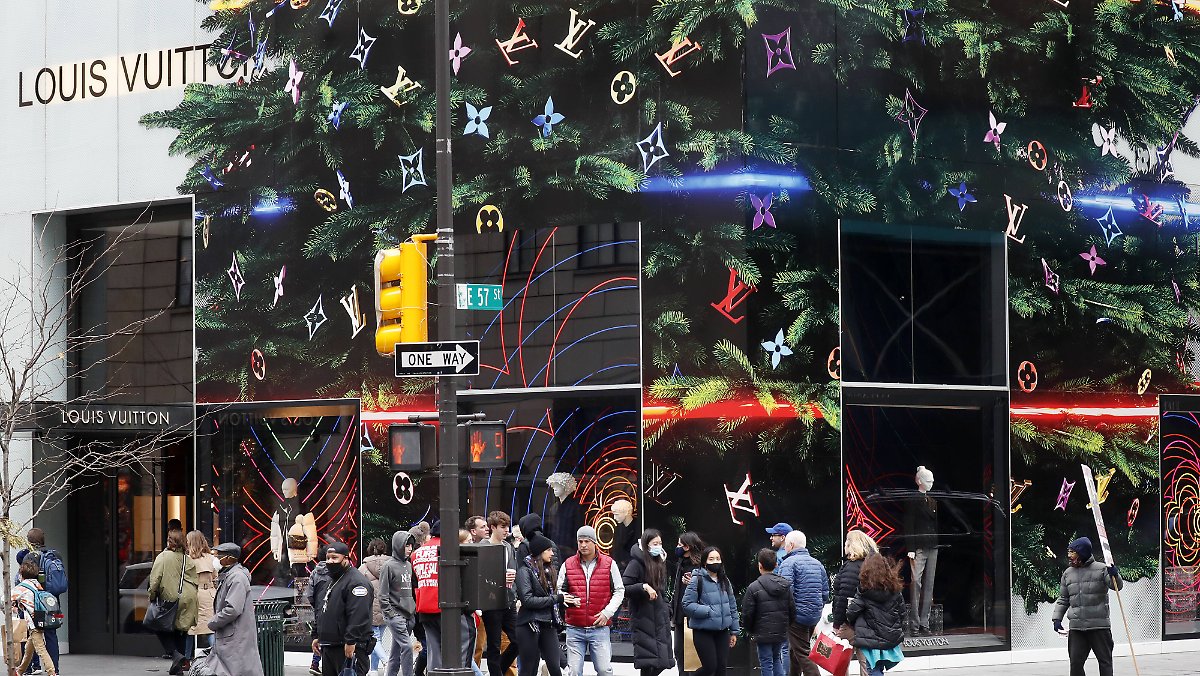 The looting gangs are currently terrorizing the United States by purges of luxury shops in large groups. The raids usually last only a few minutes. And they are increasing. The California retail chief talks about “domestic terrorism.”

About 80 masked people broke into a luxury store and looted the luxury department and minutes later escaped in 25 cars. Quick mob robberies like this one in Walnut Creek, California are putting retailers and police on high alert at the start of the holiday season.

Rude raids are particularly frequent in San Francisco and the surrounding area and in the Chicago area. The day before the attack on a Nordstrom store in Walnut Creek last Saturday, 40 people simultaneously attacked the French luxury brand Louis Vuitton’s Union Square branch in San Francisco, cleared shelves at lightning speed and drove off in their cars.

Three Louis Vuitton stores in Chicago have been targeted by swift mob attacks. In the suburb of Oak Brook, a gang of 14 looted goods worth more than $100,000.

Retailers across the country are afraid of counterfeits and are taking safety precautions. “The current level of organized retail theft is simply unacceptable,” California Governor Gavin Newsom said. “Customers and businesses should feel safe while shopping at Christmas.”

Friday, the day after Thanksgiving, traditionally begins the hectic season of Christmas shopping in the United States. The governor previously commissioned a special unit of the California Highway Patrol to work with local authorities against mass theft.

So far without success, the attacks of the flash mob are increasing: in Hayward near San Francisco, more than 30 thieves looted a jewelry store. CCTV recordings in the nearby city of Auckland showed more than 30 masked men storming a clothing store, wiping clothes rails, and then disappearing again in less than a minute.

Flash mob thefts, also known as flash robbers, are not a new phenomenon. But this year it increased significantly. The extent and speed of the attack on Nordstrom’s department store in Walnut Creek surprised and shocked many. “I wouldn’t call this organized crime, it was domestic terrorism,” said Rachel Michelin, president of the California Retail Association and Fox 40 TV in Sacramento.

“This is bold, this is extreme”

University of Baltimore criminologist Jeffrey Ian Ross sees no evidence of an increase in shoplifting across the country. However, he suspects that videos of Flash Robs circulating on the Internet may have inspired others to emulate it. “This is bold, this is extreme,” he says.

So far it is not clear if there are links between the many mass thefts and how those involved communicate, coordinate and resell the stolen goods. So far, only three of the approximately 80 people involved in the attack at Walnut Creek have been arrested. Nine people were charged with looting Union Square in San Francisco.

Underworld Ross fears that the bottlenose predatory hordes will never be completely disbanded. The number of murders and violent crimes has increased in the United States and police have reached their limits, he said. If tens of tons of goods are stolen, the police can’t keep up.