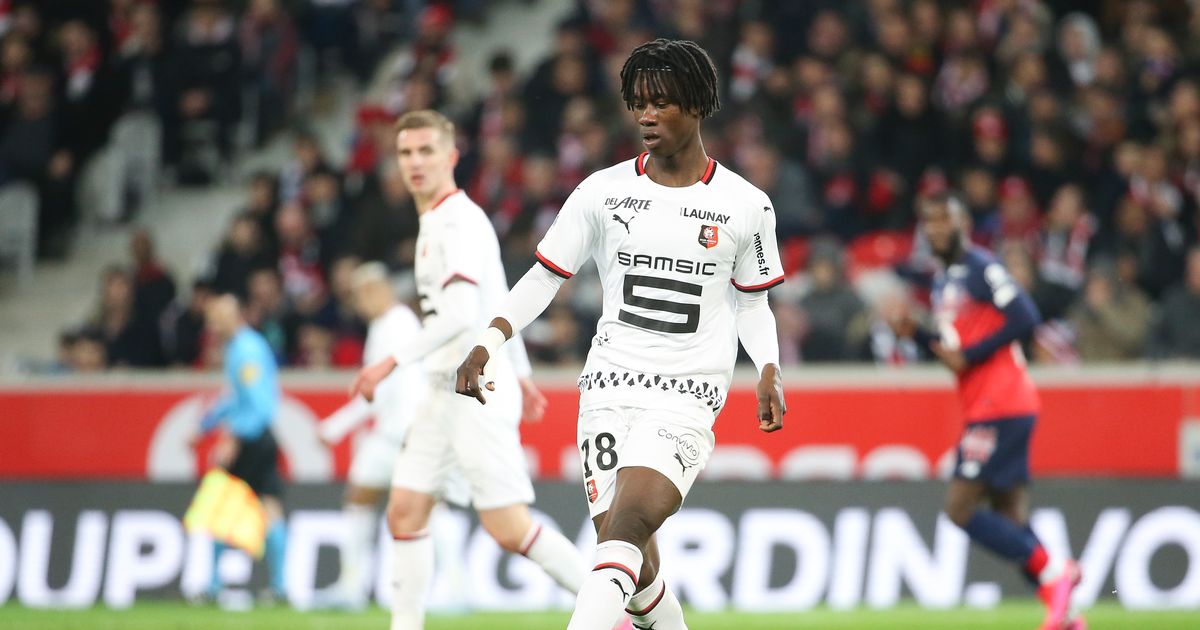 Two years ago Manchester United began their search for a First Team Scout in France who would be tasked ‘to identify world-class and emerging talent for the club, ensuring a talent pipeline and a world class first-team squad’.

Former Manchester City scout Romain Poirot was the man assigned such a job, and over the weekend he might very well have identified his latest recommendation.

United fans are rightfully hungry for their first senior addition in the summer transfer window, but the task of club scouts is not only to look for the best talent now, but also for the years to come.

Rennes midfielder Eduardo Camavinga looks like he could be a player for both the present and the future as Ole Gunnar Solskjaer looks to add to one of the most exciting and young teams in Europe.

Camavinga is viewed as one of the most exciting midfielders in the world right now, and is looking bright again off the back of an incredible breakthrough season which saw him lead the way in Europe’s top leagues with the most tackles won last season. Considering his fine passing array and his coolness in possession, you can see exactly why both Paris Saint-Germain and Real Madrid are already believed to be taking serious interest in the teenager.

United are another team believed to be admirers, but all interested parties know Camavinga is not planning to leave Rennes anytime this year.

“I have two years of contract left. I will be at Rennes this season,” he told French media outletTelefoot over the weekend.

“[Transfer speculation] doesn’t bother me at all. It’s football. There are true things and false things.”

The only truths which should concern United are that Camavinga is one of the most exciting young players in European football and he only has two years left on his current deal with Rennes.

Camavinga’s assurance of another year is good news for United with their current priorities elsewhere, next summer central midfield will again come under scrutiny and the 17-year-old will not only be better developed, but he’ll also be within the final year of his contract.

The French youngster made headlines early last season with a man of the match display against Paris Saint-Germain on his debut, and a year on he is proving such a performance was not a one off occurrence.

In a 26 minute cameo vs Lille on Saturday the midfielder managed to make a huge impact on the match grabbing an assist while finishing the game with a tidy 90 percent pass accuracy, winning all five of his ground duels with flawless tackle and aerial duel success rates as well.

Perhaps the most frightening thing is the fact Camavinga is showing signs of promise in a variety of midfield roles, adding solidity to Rennes as a defensive unit but also flourishing whenever he gets on the ball in an attacking sense.

Any team who signs the teenager next summer would have the envious task of moulding him into the exact position they see fit, and for United it would be an appetising prospect. Camavinga’s stats not only make him a genuine contender to eventually succeed Nemanja Matic in a holding role, but his confidence on the ball could see him pushed him further forward as a player to replace Paul Pogba if he is ever out of the side.

United fans will be growing agitated by the perceived lack of movement in the current summer transfer window. But while they are made to wait on new arrivals, they should use the upcoming weeks of the Ligue 1 season to solidify an interest in Camavinga and get ready to strike in 12 months time.