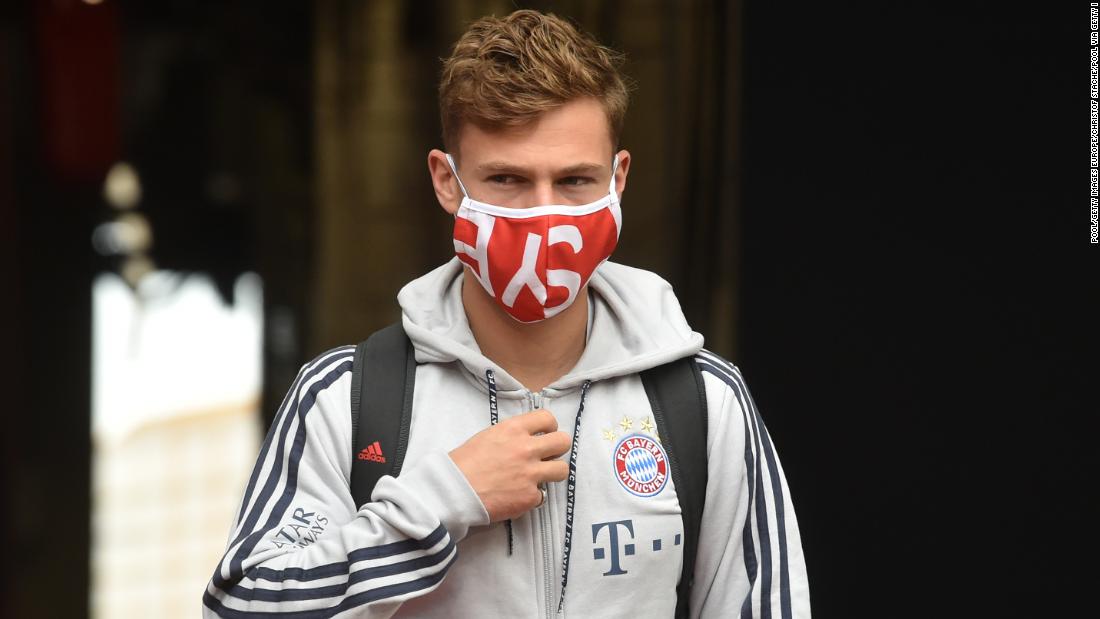 Jadon Sancho, Achraf Hakimi, Weston McKennie and Marcus Thuram all protested during Bundesliga matches over the weekend, and Kimmich says all players are responsible for fighting racism, not just in football, but in society as well.

“I think it’s good that he’s not just one player [protesting] and maybe it’s an option to say something as a team, “Kimmich said.” We are one world, one club, one football team and it doesn’t matter if you are black or white.

“We as footballers, like Sancho, have a lot of power to reach out to other people, be a role model and say something because what we say, people out there listen and so this is a great chance to make a statement.

“As a footballer, you have great power in this world and so it is my opinion that we can feel that responsibility and we are able to say something like Sancho did.”

After opening an investigation into the protests of the four players, the German Football Association (DFB) announced on Wednesday that it would not take action because it was “deliberate anti-racist actions by players, thus advocating for the very values ​​the DFB wants to uphold.”

He also confirmed that similar protests would go unpunished in the coming weeks.

Kimmich notes that German football has seen incidents of racist abuse this season and says Bayern players can do more to highlight an anti-racist campaign launched by the club earlier this year.

“Of course we talked about it [making protests as a team] and maybe we can do something, “Kimmich added.” Maybe we need to do something because we can’t give something like that [racism] place.

See also  American football players can hope for in the millions

“We as players on Instagram or social media can use our voice and use our power to reach other people that this will not happen again in the future. I think everyone must stay together and fight this racism, in football and in society. “