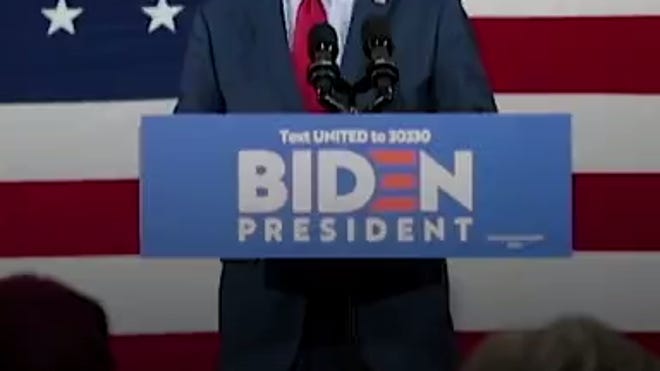 Nationwide testing for COVID-19 is declining even as daily infections and deaths remain high due in part to Americans growing discouraged over long waits for tests and results.

Another concern is the extent to which a “different” kind of outbreak is spreading into rural America, White House coronavirus task force coordinator Dr. Deborah Birx says.

Not all the news is bad – New York City has reported zero deaths for three straight days. The city on Thursday began setting up checkpoints to warn visitors about quarantine rules. On the West Coast, Los Angeles are threatening to cut off power and water to party houses.

The nation’s top health official, Dr. Anthony Fauci, says the country’s overall response to the pandemic has allowed the daily case count to plateau at an “unacceptable level,” warning that the U.S. will continue to “smolder” without a unified effort to stop the virus.

📰 What we’re reading: A deadly explosion that rocked Lebanon’s capital city of Beirut has put a further strain on the nation’s health system, which was already running short on personal protective equipment and grappling with more than 5,200 cases of COVID-19.

Employers continue to lay off workers at a historic pace as the pandemic roars on. About 1.2 million people filed initial applications for unemployment insurance – a rough measure of layoffs – last week, the Labor Department said Thursday, down substantially from 1.4 million the prior week and the lowest level since March.

“The story here, we think, is that layoffs triggered by the second wave of COVID-19 in the South and West are now falling,” Ian Shepherdson, chief economist of Pantheon Macroeconomics wrote in a research note.

City police will be intermittently stopping travelers who have visited the states and requiring them to complete a state Department of Health traveler form. The first post was setup for people arriving at Penn Station, the busiest train station in the nation.

North Korea locks down city of Kaesong amid virus concerns

North Korea is quarantining thousands of people and shipping food and other aid to the southern city of Kaesong, locked down over coronavirus worries, officials said. North Korea, which has closed its borders and cut travel by outsider monitors and journalists, claims only one person who had recently returned from South Korea may have tested positive. Edwin Salvador, WHO representative to North Korea, told the Associated Press that group gatherings are banned, masks are required in public, and all educational institutions, including preschools, are on an extended summer break.

Los Angeles to shut off power, water to party houses

The city of Los Angeles will cut off power and water to homes and businesses where recurring parties take place without social distancing, Mayor Eric Garcetti says. Earlier this week the county health department banned large gatherings following a much-publicized house party where people crowded together without masks. Violating the order is “punishable by fine, imprisonment, or both,” the department warned. Garcetti said the utility cutoffs would go into effect Friday night.

“If LAPD responds and verifies that a large gathering is occurring at a property, and we see these properties offending time and time again, they will provide notice and initiate the process to request that DWP shut off service within the next 48 hours,” Garcetti said.

Coronavirus testing is dropping nationwide despite an unrelenting rush of new cases and death toll still averaging more than 1,000 per day, according to an analysis of data by the Associated Press. Some experts attribute the decline in testing to the hours of waiting required to get a test in some areas – and days or weeks of waiting sometimes involved in obtaining the results of those test. The number of tests per day slid 3.6% over the past two weeks to 750,000, with the count falling in 22 states. That includes places where the percentage of positive tests are alarmingly high, such as Alabama, Mississippi, Missouri and Iowa.

See also  When Michigan Republicans refused to endorse the votes, it was not normal

Hawaii and Puerto Rico set records for new cases in a week while five states had a record number of deaths in a week, a USA TODAY analysis of Johns Hopkins data through late Wednesday shows. Record numbers of deaths were reported in Arkansas, Florida, Mississippi, Nevada and Oklahoma, and also Puerto Rico. The good news is that some large states that where cases were peeking in recent weeks, such as California, Florida and Texas, are seeing a decline in confirmed cases.

White House task force coordinator Dr. Deborah Birx outlined national concern over high positive-testing rates in a private phone call with state and local officials Wednesday, according to a recording of the call obtained by the journalism non-profit Center for Public Integrity. Baltimore and Atlanta “remain at a very high level,” Birx said on the call. Additionally, Kansas City in Missouri, Portland in Oregon, Omaha in Nebraska, and the Central Valley in California remain at elevated levels, according to Birx.

“This outbreak is different from the March, April outbreak in that it’s in both rural and urban areas,” Birx said. 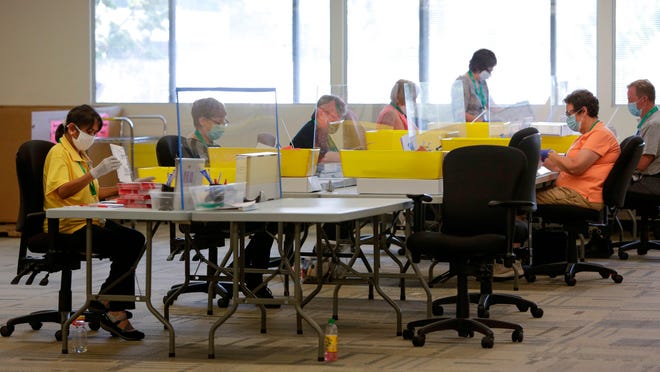 A new NPR/Ipsos poll released Thursday finds that more than 8 in 10 teachers are concerned about returning to the classroom this fall, and that two-thirds prefer to teach fall classes primarily remotely rather than in-person.

The poll comes as many school districts prepare to reopen campuses. Some experts fear classrooms will become the next incubators for large coronavirus outbreaks.

A May poll conducted by USA TODAY found that 1 in 5 teachers say they are unlikely to go back to school if their classrooms reopen in the fall, a potential massive wave of resignations.

Facebook took down a post from President Trump’s personal page of a Fox News interview in which he said that children are “almost immune” from COVID-19, citing its misinformation policy.

It was the first time Facebook has removed a post by the president for violating its policies on COVID-19 misinformation. Twitter also took action late Wednesday. At issue: a video clip from an interview with Fox & Friends, which aired Wednesday morning, in which Trump said children should return to school because they are “almost immune” or “virtually immune” from the disease.

Doctors say children can catch – and pass on – the coronavirus, which has claimed more than 150,000 lives.

President Donald Trump said Wednesday that he’d support an extension of payroll support for airlines as the coronavirus pandemic continues to eat away at their business. Trump’s support comes after 16 senators signed a letter to Senate Majority Leader Mitch McConnell, R-Ky., and Senate Minority Leader Charles Schumer, D-N.Y., asking for the extension to spare potentially tens of thousands of airline jobs that are at risk after current funding is exhausted at the end of September.

See also  The epilogue of "The Walking Dead" concluded the chapter of the Whisperers, and began the beginning of the end

“We don’t want to lose our airlines,” Trump told reporters at a White House briefing on Wednesday. More than 8,000 airline pilots have received notices that they could be furloughed, according to the Air Line Pilots Association.

Navajo Nation health officials have reported 39 more cases of COVID-19 and four additional deaths, bringing the total number of people infected to 9,195 and the known death toll to 467 as of Wednesday night. Navajo Department of Health officials said 83,527 people have been tested for the coronavirus and 6,766 have recovered. The vast reservation that covers parts of Arizona, New Mexico and Utah.

When Milwaukee landed the 2020 Democratic National Convention more than a year ago, city leaders hoped 50,000 people would flood into town for four non-stop days and nights of politics. Now even the party’s nominee isn’t going.

Officials announced Wednesday that Joe Biden will accept the party’s nod from his home in Delaware – and the other convention speakers won’t travel to Wisconsin, either. Organizers cited the “worsening coronavirus pandemic.”

“This convention will look different than any previous convention in history,” said Joe Solmonese, the convention’s chief executive. “It will reach more people than ever before, and truly be a convention across America for all Americans, regardless of which party you belong to or who you’ve voted for in previous elections.” 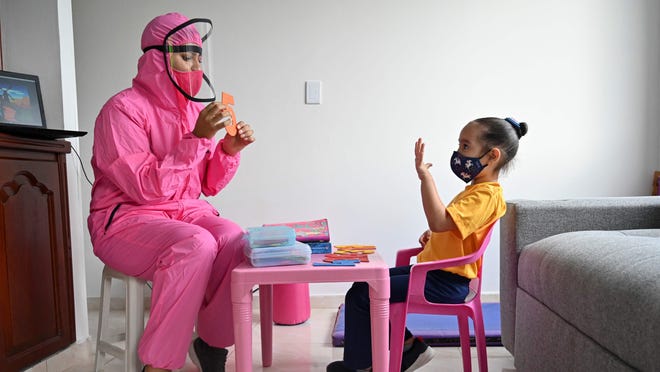