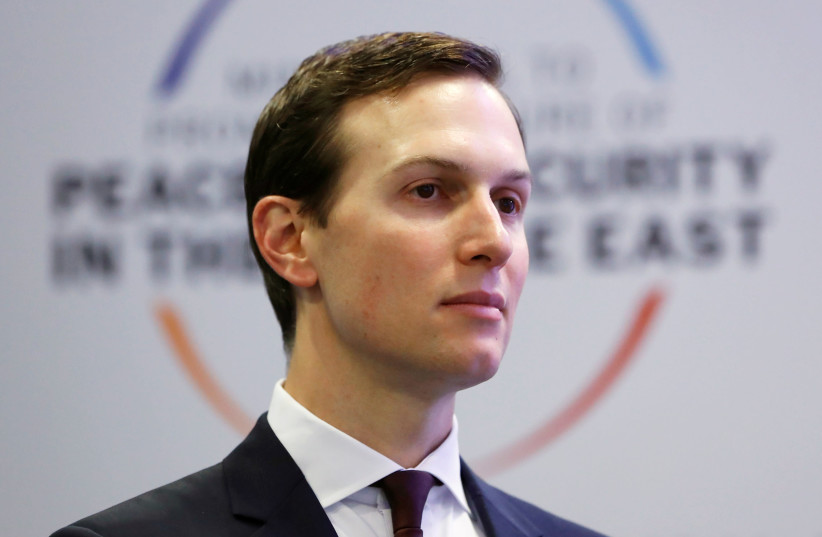 Jared KushnerThe son-in-law and chief adviser of former US President Donald Trump plans to launch an investment company that will also have an office in Israel in the coming months.

Kushner has spent the six months since leaving office writing a book that the publisher has described as the “ultimate” account of the Trump administration’s mandate, and is now in the final stages of launching Affinity Partners, a new investment firm.

Sources said Kushner remains close to Trump and that the establishment of the investment firm was a confirmation of reports that he is moving away from politics for the foreseeable future and returning to the private sector.

Prior to taking office, Kushner was CEO of The Kushner Companies, where he oversaw multi-billion-dollar, media and high-tech businesses.

Affinity Partners’ office in Israel will pursue regional investments and will serve as a hub between Israel, the Gulf, India, and all of North Africa. Kushner was the principal architect of the normalization agreements between Israel, the United Arab Emirates, Bahrain, Morocco and Sudan, known as Abraham ropes.

Affinity Partners is headquartered in the Miami area, where Kushner and his wife, Ivanka Trump, currently reside.

During his tenure, Kushner was a key management contact for business leaders and helped negotiate the US-Mexico-Canada Agreement, the Free Trade Agreement between the three North American nations, as well as the OPEC+ oil agreement that led to the acquisition of the largest oil. an agreement. Reduce oil production in history.