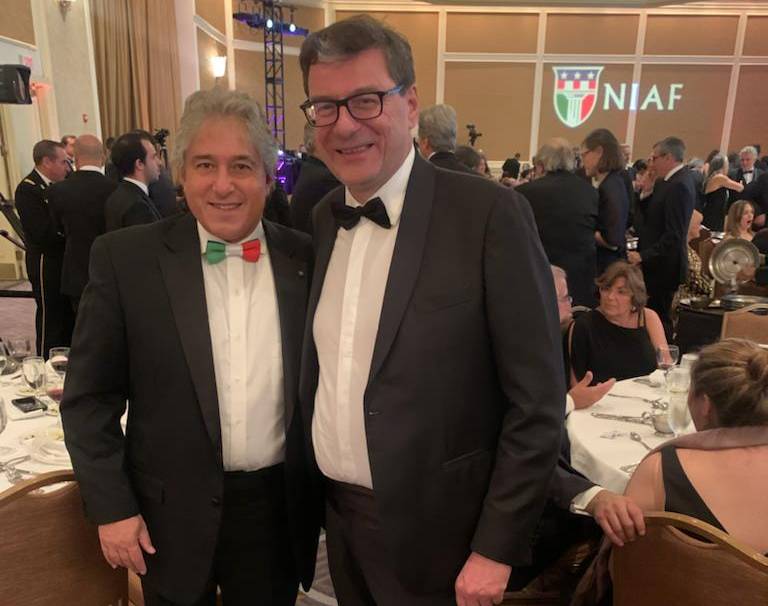 The Italian-American National Foundation (Niaf), in its forty-sixth ceremony (dedicated, this year, to the Abruzzo region) celebrated the contribution made by the Italian-American community to the success of the United States and to the strengthening of relations between Italy and the United States in all areas of politics, economics, culture, scientific and technological research, innovation and space . The ceremony, again after the pandemic and in the year of the 160th anniversary of diplomatic relations between Italy and the United States, was attended by, among others, Minister of Economic Development Giancarlo Giorgetti as the evening’s guest of honor, Italian Ambassador Mariangela Zappia (in pictures accompanied by Italian-American oncologist Antonio Giordano) and Deputy Fuchia Nisoli.

“What would America be without the contribution of Italy and Italian Americans?” said Giorgetti. , appreciating the courage of Italians who immigrated to the United States who helped strengthen the friendship between the two countries. Zappia expressed his gratitude to Italian Americans for their past and present contribution to building bridges between Italy and the United States, “two beautiful democratic nations who share values ​​and principles and are thus natural allies in meeting the challenges of our time”. During the evening, there was also a video message from US First Lady Jill Biden, of Italian descent. Giuseppe Bono, CEO of Fincantieri, Stanley Tucci, recent Emmy winner for CNN’s Searching for Italy, acclaimed singer-songwriter Tony Bennett, director Enrico Casarosa di Luca, for the latest Disney Pixar movie, and John Silvestri, president of Interstate Commercial Real Estate.

See also  Passengers get into a physical battle over a face mask policy during the flight to Utah, and tense video shows