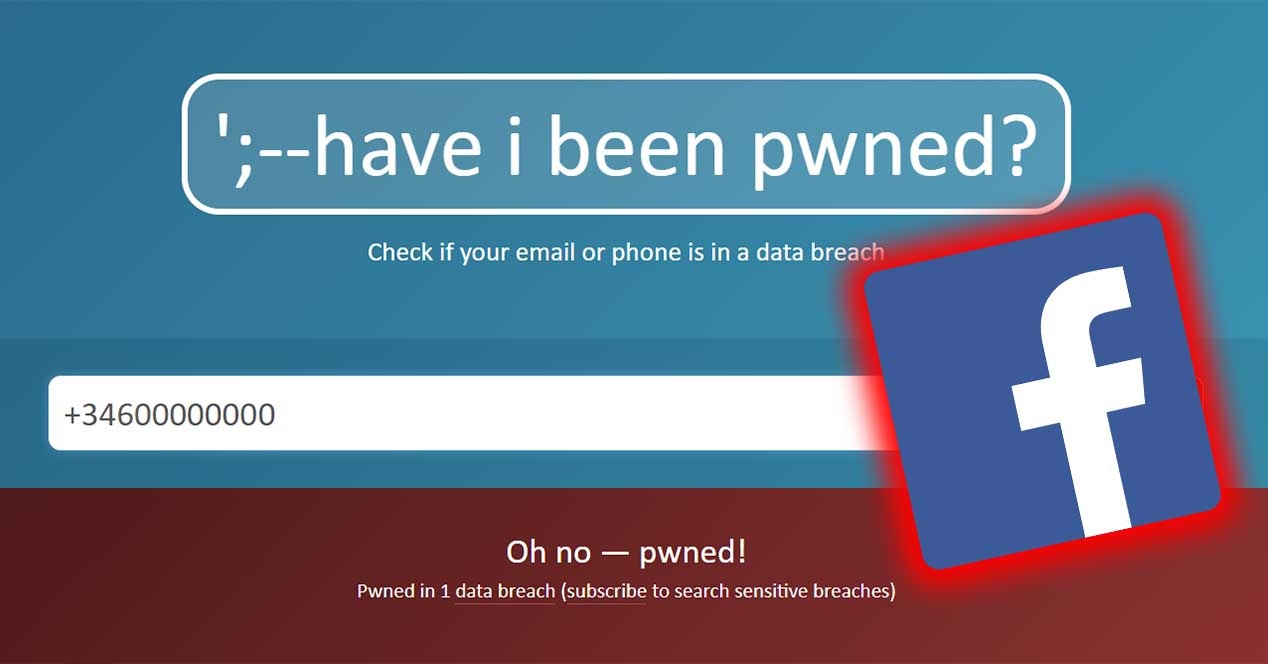 We are talking about You’ve been Pwned, The website operated by Troy Hunt which is the best for checking if our email has been affected by the hacking of the website we used it for. As of today, the web also lets you verify phone numbers based on the hundreds of millions found in Leaked Facebook database, Of which approx 11 million belong to people residing in Spain.

Troy Hunt claims that he has never considered making phone numbers searchable on his website, since they are less frequent, difficult to automatically manipulate in databases, and their format changes depending on the origin of the hack, where the international code may or may not appear.

However, with the hacking of Facebook, everything changed, as there are more than one 500 million phone numbers In the leaked database, but there are only a few million e-mail addresses. For this reason, there are many users in the compromised database, but due to the email not appearing, it was not thought that they might be inside.

In this case, since everything is in the same database and formatting, it is easier to process the numbers. Also, two-thirds of Troy Hunt’s followers asked to include phone numbers in the search to see if they were among those hacked. Finally, Hunt claims that the websites have come out for clone You’ve been PwnedFor security reasons, I prefer that users use their data to prevent others from using the data provided by users for other purposes.

How to check if your phone is on Facebook hack

Thus, now when entering the web, the option to enter an email or phone number appears in the search. The phone was set up using the international standard E.164, which requires a prefix for each country the number comes from. For example, for a number in Spain type 6XXXXXXXX, it will be necessary to group everything together + 34XXXXXXXX a 34XXXXXXXX So that it appears in the results without commas, spaces or hyphens, although the search engine itself will eliminate them if we put them.

The database is still being processed, so it may take a few more hours, or even days, to be available, so it is recommended that you perform the checks in the next few days once it’s fully processed and uploaded.

Through emails, Troy Hunt has a service through which we can subscribe to receive notification in case our email appears hacked. With phones, this service is unavailable, as it requires sending SMS messages and developing a time-consuming system. Going forward, Hunt says he won’t be adding any new phone numbers unless they’re part of a major leak like here.

Facebook has yet to clarify the origin of the hack, nor if it only affects accounts that expose information to the public or if users who log in their phones are affected by two-step verification, as well as whether these numbers belong to WhatsApp or Instagram.

READ  PS5 3D audio only works with headphones upon playback