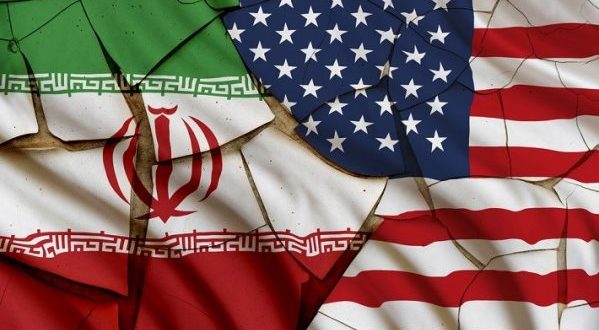 The difficult relationship between Iran and the Western world always seemed to turn for the better after the nuclear deal was signed.

The Joint Comprehensive Plan of Action Frankly Tehran A purely peaceful nuclear arsenal with limitations also to the conventional missile arsenal, as appeared shortly after the treaty was signed.

The deal promised a lot in terms of technology exchange and foreign investment, despite new economic sanctions imposed by America Obama Have already imposed the next day to sign. However, it seemed to many that this was precisely the correct way, the only way to normalize relations between The Islamic Republic of IranAnd the United States and Europe.

Unfortunately, the one-sided withdrawal from treaty Decided by the president Trump card A dream is completely ruined Joint Comprehensive Plan of Action. Eliminate the general Soleimani In a drone attack ordered by the Americans, he placed a headstone on relations between Tehran and Washington, at least during the presidency. Donald.

With the withdrawal from the treaty

From the American side and the end of the international arms embargo, Iran felt it had the freedom to decide its future, but the assassination took place a few days ago Mohsen FakhryzadehThe prominent scientist in the Iranian nuclear program has reopened the targeted killing season by foreign powers against the Iranian nation, whose important figures have returned to the prey of the pursuit and elimination.

The world did not pay much attention to all of this, and its reaction was distracted towards those who emphasized the seriousness of an approach that violates international law and changes A sovereign state In a free fishing zone.

Yet the Iranians clearly have a painfully different view of the problem.

And the general manager of Nornos English. He is a deep expert on the geopolitical dynamics of the Middle East and has agreed to answer some of our questions about these disturbing new events.

Q) What is a realistic possible dialogue with Washington after Trump’s unilateral withdrawal from the nuclear agreement? In particular, is the JCPOA still in place for Tehran?

In the world of politics, anything is possible provided that the national interest is guaranteed. If you intend to negotiate with him Washington It is the United States’ return to the Joint Comprehensive Plan of Action (JCPOA), and it has to be said that there is no need to renegotiate and the procedure is clear.

This means that if the United States were truly honest, compensating for the damage inflicted on Iran by Trump’s unilateral withdrawal from the JCPOA, it would lift all sanctions. [contro l’Iran]He will hand over the perpetrators of the general’s assassination Soleimani Based on Haj Abu Mahdi al-Mohandas It will provide strong legal and implementation guarantees for the survival of the JCPOA and for fulfilling its obligations.

You can come back to the table of the same agreement signed in 2015. But if you intend to negotiate new sides instead, [allora] No common-sense person will again follow a failed experiment with a government that easily lies and does not abide by written agreements.

D) Diplomacy between Washington and Pyongyang made clear that missiles and nuclear bombs make a difference. Does Tehran risk finding itself completely unprotected if it accepts the new conditions demanded by the Americans?

Iran has shown that it has always been committed to fulfilling all international standards, and that Iran’s continuation of the Joint Comprehensive Plan of Action is a clear indication of this statement, despite the US withdrawal from it and the European lack of commitment. On the other hand, the United States of America They have always shown that they have no honesty in language and behavior.

On its way, Iran trusted the West and chose the path of cooperation, but the United States and Europe betrayed this trust. The North Korean model showed how to deal with a big liar like the United States. Of course, Iran has maintained its deterrent elements in accordance with international norms and standards throughout this time, despite their abundance Penalties That is why the United States does not dare make mistakes.

Thus, even if all the conditions for renegotiation are provided, Iran will certainly not back down or negotiate any red lines and their deterrent elements, especially its peaceful missile program.

D) The West stands with Tel Aviv and ignores the Palestinians: What is the Jewish state of Tehran?

This question demonstrates that you also understand the nature of the West’s disagreements with Iran. In other words, what exactly the West wants from Iran is nothing more than complete subordination and abandonment of its beliefs, because it knows that Iran has a problem with the nature of occupation, aggression and coercion. Crime and so forth.

No agreement can be reached as long as these factors are present in the policy framework Zionist Westerners. Therefore, Zionism and the United States, as their supporters, will not be satisfied with anything but the destruction of Iran and the Iranians, as if, despite the concessions of some groups. [interni]Israel did not continue to suppress and kill the Palestinians.

D) The death of Mohsen Fakhrizadeh is easily attributed to Israel, which is obsessed with the possibility of Tehran obtaining atomic weapons. Is an agreement with Tel Aviv possible, or is the only thing that unites Israel and Iran is the abyss that separates them?

The martyr Mohsen Fakhrizadeh was a pure scientist and scholar who provided many services to the Iranian people In various fields, however, the Zionist media falsely presented him as the director of nuclear weapons production and the military nuclear project. As I said earlier, Iran not only adheres to international standards, it basically does not believe in the production and maintenance of weapons of mass destruction.

Nuclear knowledge It is not forbidden knowledge and like many other sciences it also has many advantages for people. But Iran’s enemies, since they themselves are evil and use science and knowledge to kill people, believe that the Iranians have evil intentions as well. The usurped Zionist regime has repeatedly claimed that it will be assassinated Fakhrizadeh And in the end I did. Although he does not formally accept liability, all evidence is against him and he will pay for it permanently.

Here is the American plan to topple Iran