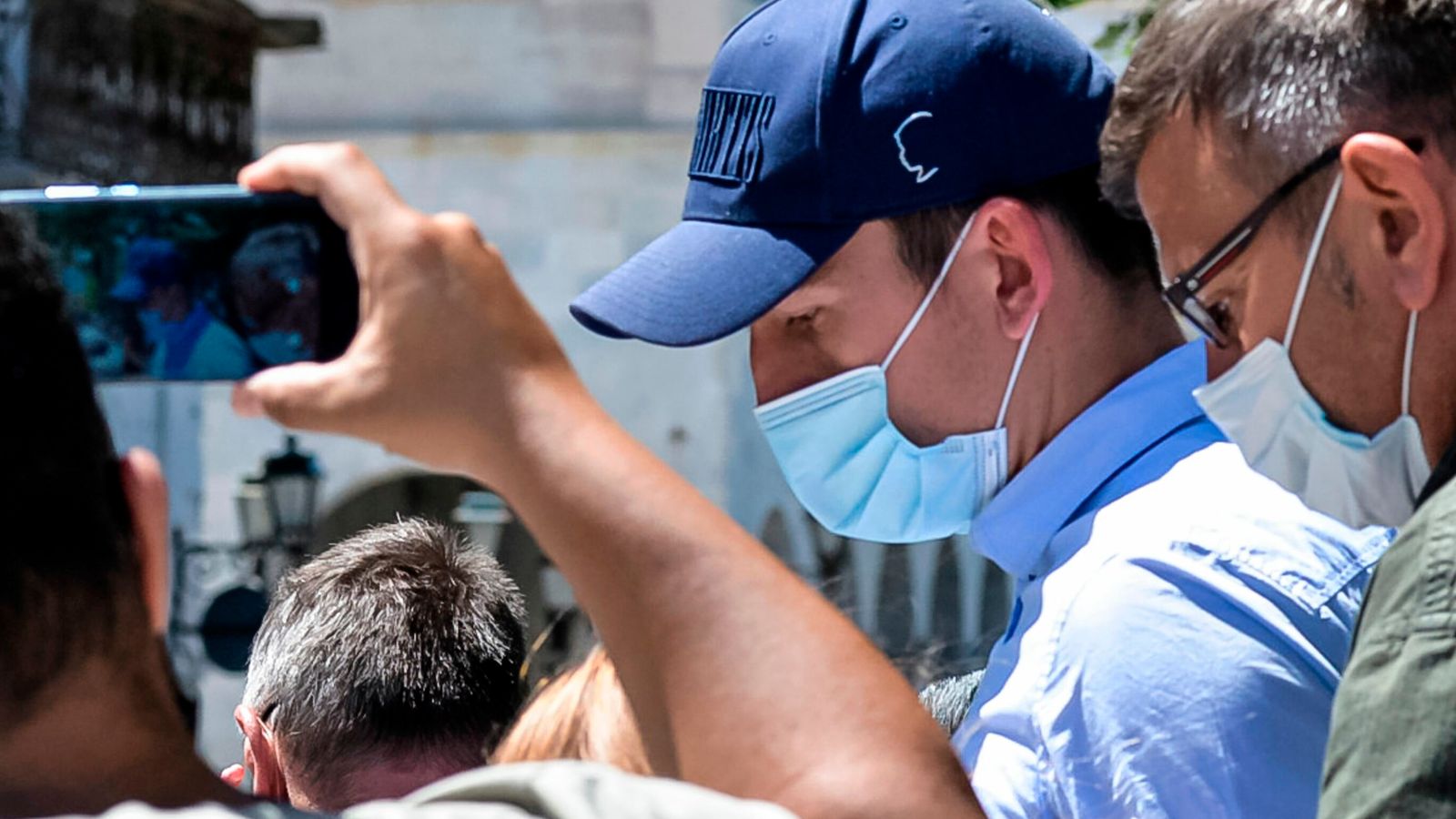 Gary Neville has offered his assessment of Harry Maguire’s incident in Mykonos, claiming the valuable lesson for the Manchester United captain could strengthen the sense of unity in the dressing room at Old Trafford.

Maguire revealed on Thursday he feared for his life and thought he was being kidnapped during his arrest by plain-clothes police officers on the Greek island last week.

The England international was convicted of assault, resisting arrest and attempted bribery and handed a 21-month suspended prison sentence, but the conviction has since been nullified and a retrial granted, according to United, after Maguire appealed the guilty verdict.

Former United captain Neville said Maguire has to ensure a similar incident does not occur in the future, but dismissed the idea it could cause a divide among his club team-mates.

“Over many years I witnessed incidents, ones which I was involved in, at Christmas parties and the like where people make mistakes and do things that let other people down,” Neville told Sky Sports News.

“You have to own up to those things and stand up to them because there is nothing you can do about it.

“Harry doesn’t feel like he did a lot wrong this week, he felt like he was exposed, but in moments like this you have to ask yourself if you, or the people around you, did everything possible to get away from it and whether you would put yourself in the situation again in the future.

“The only thing Harry can do is make sure it doesn’t happen again.

“I always take myself back to being sat in the dressing room where either myself, my colleagues or team-mates made a mistake. Would we stand by each other and stick up for each other? We absolutely would, 100 per cent.

“Those Manchester United players in the dressing room and the club will stand by Harry Maguire, and myself as a fan in the media will not judge him in any way, shape or form because of the reality is that these things happen in life.

“Ole Gunnar Solskjaer will think this situation is part and parcel of managing a football club and managing characters and personalities in situations that occur.

“I don’t think he will see it as an issue that would drive a wedge between him and his team, I would say it could potentially increase the bond and the spirit that exists.”

Nev: Players are not robots

Neville added: “The idea that players shouldn’t be going to Mykonos is nonsense, of course they should go to Mykonos, they should do what they want to do.

“Players are not robots, they are human beings and do things that everybody else does, like going on holiday with friends and family, have a few drinks and enjoy themselves.”

Maguire was included in Gareth Southgate’s England squad for the forthcoming Nations League fixtures against Iceland and Denmark while the original trial in Greece was ongoing, a decision which drew criticism when he had to be withdrawn after the initial guilty verdict was reached.

But Neville praised Southgate for publicly backing Maguire and for his overall handling of a situation which he feels would have been dealt with very differently during his playing days.

“I remember a time when managers were told to not pick players when there hadn’t been due process. Now, it is obvious that later that day Harry was found guilty and had to be removed from the squad, but the intent from Southgate was there to support him, and that is really important.

“Harry will understand he needed to be pulled out at that point because it would have created too much of a furore.

“The idea his manager believed him and picked him and then withdrew him wasn’t an embarrassment at all in my eyes, that’s the way I would want it handled if I was a team-mate of his.

“I’d want to know the manager was prepared to stand by me and come with me on the journey. I want to see players protected by their managers because that’s how I felt when I was in the dressing room.”

Carra: Lessons to learn for Maguire

Sky Sports pundit Jamie Carragher hopes the incident in Mykonos acts as a valuable learning experience for Maguire and that he gets the justice he feels he deserves.

“As footballers, you always want to defend other footballers – not defend the indefensible,” he told Sky Sports.

“But you can put yourself in situations where you think, ‘why did I go there?’, ‘Why did I do that?’ The effect that’s having on him and his family… I’ve been in the eye of a storm for different things and it hurts.

“If you’ve made a mistake you should be punished, of course you should be. But it will work itself out eventually and it’s something you look back on in years to come and I think he’ll learn a lot of lessons from it.

“I just hope, fingers crossed, everything’s OK and he gets what he believes is the justice he deserves.”

Another year, another £50,000 jackpot on the line. Sky Sports Fantasy Football makes its return for the 2020/21 season.