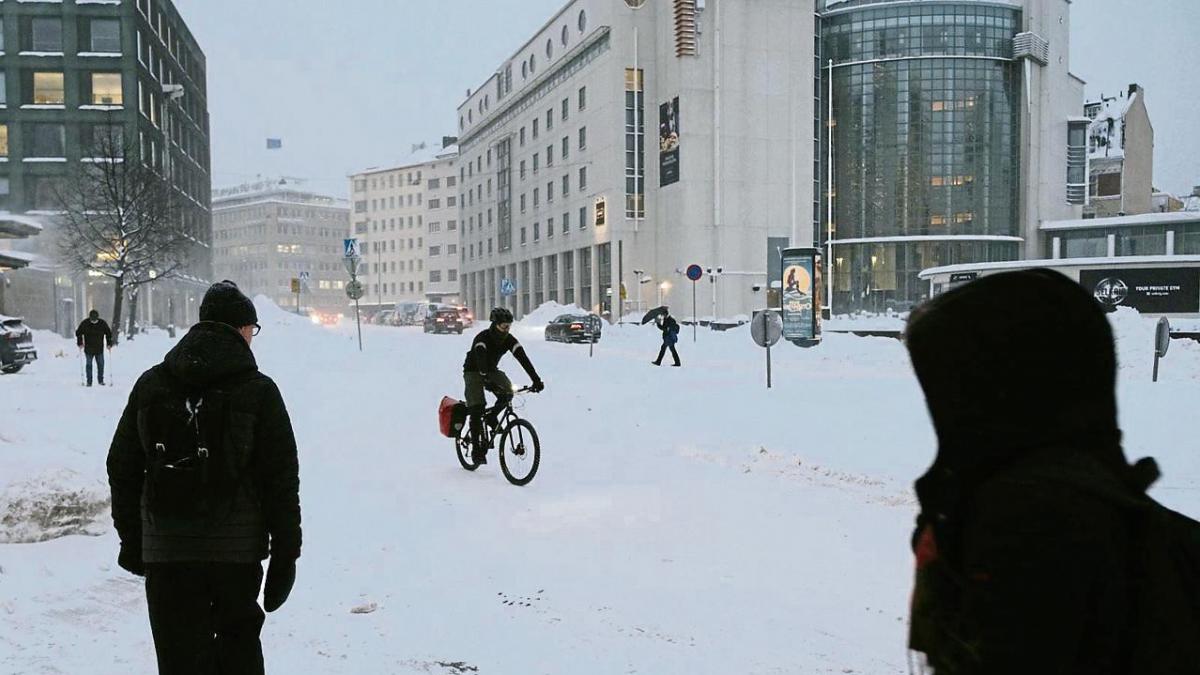 Tired of lockdowns, fires, social injustice and political turmoil? Don’t you think it’s time to balance body and mind and enjoy the good life and beautiful nature? To sleep at night without thinking about education, health and housing problems? It is difficult to reject this straightforward and appealing claim that Helsinki used to attract the attention of international talent.

Helsinki Business Hub – the international trade and investment promotion agency in the Finnish capital – launched a strategy in November to attract tech professionals, with a special focus on those from the West Coast of the United States. The 90 Day Finn initiative offers participants and their families the possibility to relocate to the Nordic country for a period of three months, processing all paperwork and expenses paid, including housing, schools, nurseries and medical care.

“There is a huge global competition for talent; we had to think creatively,” says the Helsinki Business Center.

The suggestive call for a quieter life in the first country in areas such as work-life balance, education, and the digitization of public services became in force. More than 5,300 people submitted their applications during the five weeks the process continued, even though the program only contains 15 places.

Although the main target audience was American professionals, citizenship was not a requirement for advancement. 30% of applications come from the USA and Canada, but Helsinki Business Hub has also received proposals from South Africa, Israel, the United Kingdom or Australia.

The vast majority of those who want to become Finnish for a period of three months are telecommuters who plan to continue their current job by working remotely from Helsinki. The rest of the candidates include entrepreneurs, investors, and the unemployed interested in finding a job in the Nordic country. About sixty applicants define themselves as Business angels Or venture capital investors wishing to prove their presence in Finland.

15 participants will be selected in the next few days, and the first participants are expected to start arriving from February. The agency guarantees that it will provide all information to those who have not passed the court on other ways to explore resettlement options in Finland. The task is to make a good impression of the country and that as many participants as possible decide to stay, so Helsinki Business Hub will provide all the information for the residence permit administration in the Nordic country.

“There is a lot of competition for talent on a global scale,” says Joanna Horry, a spokeswoman for the Helsinki Business Center, “We had to think creatively. “We don’t top many resettlement lists, but we know that after coming, people tend to stay,” he says, stressing that the Finnish capital offers the option of combining work, family and leisure “in a way that many Americans can hardly imagine.”

In addition to managing all official documents and accommodation expenses, participants will hold interviews and meetings with representatives of major technology and business centers in the Finnish capital to begin establishing professional relationships. According to the General Economic Promotion Agency, Business Finland, it is estimated that the technology sector could create as many as 50,000 new jobs this year, forcing the country to search for specialized talent.

In addition to its leadership in the global ranking of the happiest countries in the world for three consecutive years, Finland has been ranked as one of the most innovative countries at the global level, with very distinct technological development. Country of origin of Nokia, SMS messaging, Linux operating system, and video game Angry birds , Is the European region with the highest growth rate in Startups , Especially in the technology sector, and one of the world leaders in per capita patents. According to a 2018 report, Finland has applied for patents related to the technologies of the so-called Fourth Industrial Revolution since 2000 more than any other country in the world in proportion to its population. Keys to Finnish success include the role of government, providing funding and services to innovative companies in the early stages and helping universities commercialize their ideas.