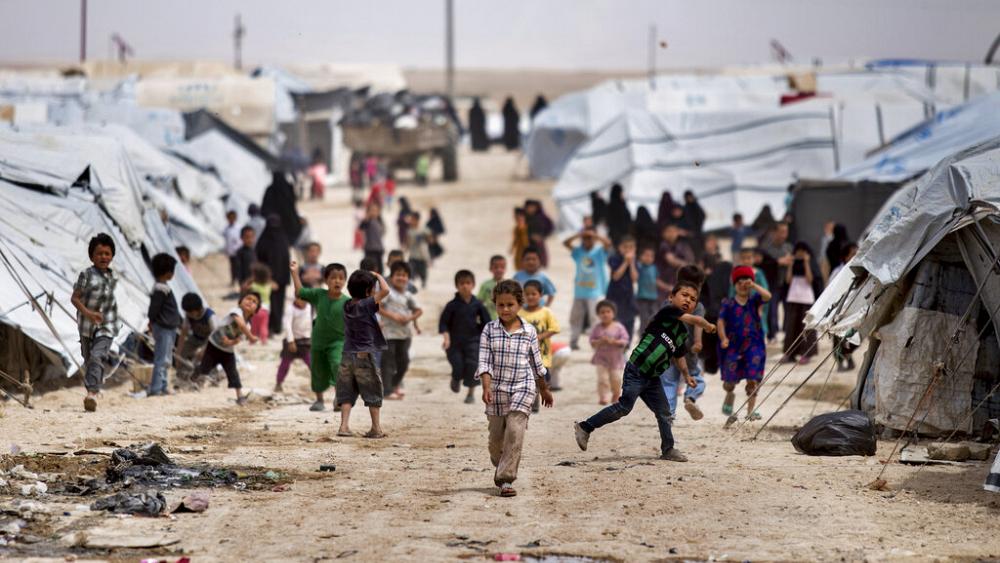 Finland taught secret classes to the children of the so-called Islamic State – ISIS – in Syria. From her home on the outskirts of Helsinki, Ilona Taimila has exchanged hundreds of messages in front of her laptop for more than a year with her students in Syria, the Finnish children of members of the jihadist organization.

Secretly and through a courier service, this teacher was asked last year to teach children held in Syria’s al-Hol camp, which is guarded by Kurdish forces.

Overcrowded and unsanitary, Al-Hol camp is home to more than 60,000 displaced people, a third of whom are children of foreign mothers who came to Syria to marry jihadist ISIS fighters.

“From day one they were very energetic and sent us voice messages. The kids were like, ‘Hey!’ So hearing their voices was really nice to see that we were studying. We were talking and saying ‘How are you?’, ‘Nice to meet you,'” Taimela says.

In the middle of this year, this distance learning ended due to lack of students and the project was announced. Taimela is now looking at how this model can be used in other crisis areas. It has even received requests from Greece, Burma and Colombia.

‘A moment of realization’

Several months into the course, the mother of a six-year-old girl revealed to the teacher that her daughter could indeed read.

“It was a eureka moment,” Taimela says.

For this teacher, who claims to feel more sadness than anger for these mothers, many of them were weak and their “religion promised them a kind of heaven.”

Although Ilona Taimila came up with the idea that she would never hear about the children returning home, in July 2020, she was called to a reception center in Finland.

There he met some of his students for the first time. “It was a few hours full of emotions,” he recalls.

The Finnish Ministry of Foreign Affairs has so far repatriated 23 minors and seven adults. According to Tanner, there are only about 15 people left, including ten children, who are difficult to find in the Syrian fields.