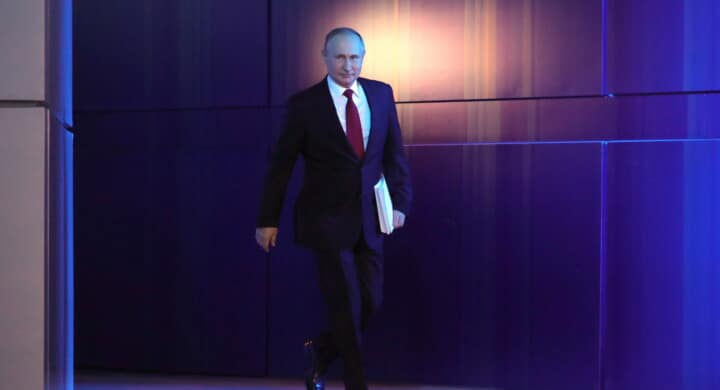 After the deterrence dialogue. In the wake of the Geneva summit with Vladimir Putin, the US administration of Joe Biden is ready to drop a new package of sanctions against the Russian government in the Navalny case. Meanwhile, the European Union hits Belarus “hijacker” Lukashenko

A few days after the meeting between Russian President Vladimir Putin e Joe Biden In Geneva, the United States prepares for new sanctions against Russia over the dissident poisoning case Alexei Navalny.

Jake SullivanThe US National Security Adviser, he explained to the American radio CNN Additional Actions Washington, D.C., Will Consider: “We have already sanctioned Russia for the poisoning of Alexei Navalny, not alone but by rallying our allies in a collective effort to sanction the use of a chemical against one of its citizens on Russian soil.”

The adviser noted the first sanctions approved by the Biden government in March against seven officials in Moscow, including the head of Russian intelligence. Now, however, the White House is preparing a new package of sanctions related to the Navalny case.

This announcement comes on the same day as the Russian ambassador in Washington Anatoly Antonov He returned to the United States as a result of talks between Putin and Biden in Geneva.

Looking at the results of the meeting, Antonov told the agency RIA Novosti – , I have the support of the constructive work my American colleagues have done to build pragmatic and equal relationships.”

For his part, the US ambassador to Russia, John SullivanHe told through his spokesman that he would be returning “soon” to Moscow, arguing that his goals would be “strategic stability, human rights and a stable and predictable relationship with Russia”.

Josep BorrellThe Union’s High Representative for Foreign Affairs and Security Policy said: “We will agree to a new package of sanctions, which is a larger package, and I think it affects about 86 people and entities. After that, we will also discuss economic sanctions.”

Today’s sanctions provide for registration on the European blacklist, an asset freeze and a travel ban on European soil. In addition, economic sanctions will be evaluated by heads of state and government and should target financial services, potash exports and part of the energy sector. Borrell also highlighted the meeting to be held between the EU foreign ministers and the leader of the Belarusian opposition, Svetlana Tikhanovskaya.