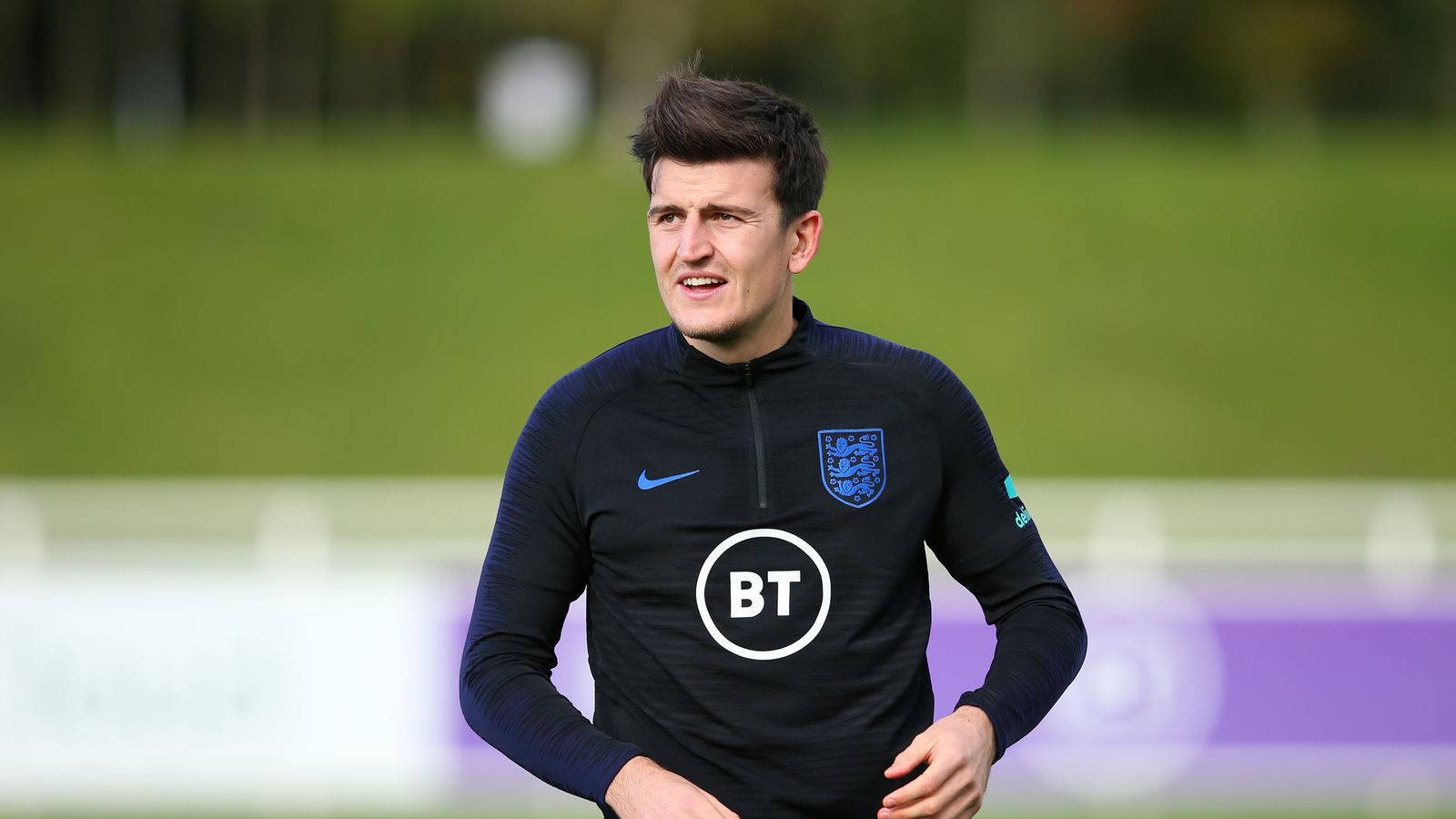 Harry Maguire has been included in England’s squad for next month’s Nations League matches, while Phil Foden, Mason Greenwood and Kalvin Phillips have been handed their first call-ups.

Manchester United captain Maguire’s inclusion comes despite him being embroiled in legal proceedings following an incident on the Greek island of Mykonos last week.

The 27-year-old denies charges of aggravated assault and attempted bribery of a police officer. Maguire has returned to England and is being represented by his lawyer at the hearing on the island of Syros on Tuesday.

Foden, 20, and Greenwood, 18, have been named in the squad following impressive seasons for Manchester City and Manchester United respectively, while Kalvin Phillips is included after helping Leeds to the Championship title.

Liverpool midfielders Jordan Henderson and Alex Oxlade-Chamberlain, as well as Chelsea’s Ross Barkley, miss out due to injuries.

Ben Chilwell – who is set to join Chelsea – is still struggling with a heel problem, while Luke Shaw also has fitness concerns. It means England go into next month’s fixtures without a left-back in their squad after Southgate opted against including Danny Rose.

John Stones, who dropped down the pecking order at City this season, has also been excluded, but there is a first call-up for Danny Ings since he made his debut in 2015.

Raheem Sterling has also been called up by Southgate after testing negative for coronavirus. The winger attended a party with Usain Bolt – who has reportedly tested positive – in Jamaica on Friday.

Sterling’s City team-mate Kyle Walker is also included for the first time since the Nations League finals last summer but Callum Hudson-Odoi, Fikayo Tomori, Callum Wilson and Fabian Delph – who were all in England’s last squad in November – also miss out.

England play away to Iceland on September 5 and Denmark three days later as they begin their Nations League campaign.

They will be the side’s first fixtures since the wins over Montenegro and Kosovo in November last year, due to the coronavirus pandemic.

After naming his latest squad, Southgate revealed Maguire has apologised to him for becoming involved in the incident in Mykonos, but offered the defender his support.

“It’s clearly a decision that is not straightforward and a decision that, in the end, I could only take based on the information I have,” explained Southgate.

“I’ve spoken with Harry. I have the insight into the story which is very different to what’s being reported. Clearly if facts change further down the line, or information changes, then I have to review that decision.

“But I’ve a fantastic relationship with the boy. Harry has been an outstanding character for us. I’ve no reason to doubt what he’s telling me and it’s important he knows he’s got my support at this moment.

“Harry regrets the fact that he’s brought that sort of focus and attention on the team and he apologised for that. But he also has his own side of the story that I think will come out in time.”

We have belief in new players, says Southgate

Southgate was keen reserve praise for the three newcomers to his squad and impressed the need for competition for places with Euro 2020 set to take place next summer.

He said: “I feel like, the last eight months, I’ve had so many difficult conversations in various areas of life generally. To be able to call a player this morning and let him know his first England call-up was going to happen today was a lovely moment and a reminder of how much it means to players and their families to be selected by England.

“Kalvin is a player who we’ve been very impressed by in this particular role he plays at Leeds. He’s obviously extremely well coached.

“It’s a step up for him because he’s got to adjust to life in the Premier League but it’s a position where we need competition for places. We’re interested to look at him in this early stage of the season.

“I think with Phil and with Mason, we know them a bit more. They’ve both been very impressive with our junior teams.

“I think both of them were excellent in the period post-lockdown with their clubs. Both played important matches at big clubs and had a big impact.

“They have the potential to be England internationals for a long time to come. As always, that is down to them and their mentality and the way they play. But we have belief in them and we’re really looking forward to working with them.”

The biggest talking point from Southgate’s squad is the presence of Harry Maguire despite his involvement in ongoing legal proceedings in Greece, but what’s most interesting is the inclusion of three newcomers at senior level in Phil Foden, Mason Greenwood and Kalvin Phillips.

The trio, aged 20, 18 and 24 respectively, represent a continuation of Southgate’s youth drive. Manchester City right-back Kyle Walker is the only player in the 24-man squad over the age of 30.

The midfield is particularly youthful, with James Ward-Prowse the oldest of the six players called up at just 25. Phillips will hope to rival Declan Rice and Harry Winks for a place in the base of that midfield, while Foden could finally get a chance to showcase his creative qualities further forward. His inclusion comes at the expense of Jack Grealish, who seemingly has more work to do to win over Southgate.

Another year, another £50,000 jackpot on the line. Sky Sports Fantasy Football makes its return for the 2020/21 season.