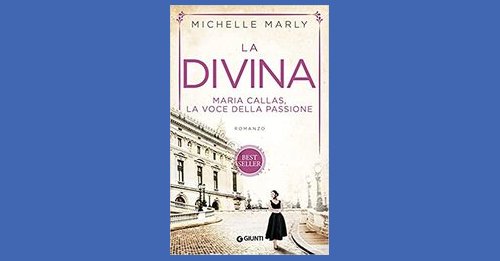 Venice, September 3, 1957. Maria Callas was the “absolute diva” at the Autumn Ball, organized by Elsa Maxwell, world historian of the world scene, at the luxurious Hotel Daniele, the highlight of the Venice Film Festival, which was attended by all the big names and eminent personalities of the company. At that moment Maria Callas was the most famous woman in the world, an attractive, wealthy woman, thirty-four years old, perhaps in the brightest phase of her career and with other opportunities to rise. Elsa was a great friend of Maria, and she was the one who referred to the sopranos”Aristotle Onassis, the richest man in the world. His friends call him AriWhile Maria Callas was toasting with her husband, her eyes secretly followed the man Elsa had just pointed at.

The greatest and most attractive soprano of all time, has an iron will and a special voice, combining a unique timbre with great volume, great stretch and agility. A fragile and romantic woman, more than the heroines she played in national and international forums.
He is an unscrupulous man with tremendous talent in business, and a true thief who has come to the spotlight in the world out of nowhere. One of the richest and most powerful men in the world, he left Greece for Argentina and managed, with his flair and skill, to create the largest private fleet on the planet.

When they met on September 3, 1957, at a reception in Venice at the Hotel Danieli, Maria and Ari were already married, she is with businessman Giovanni Battista Menegini, and he is with Tina Livanos, scion of a family of Greek shipowners, and the father of two children, Alessandro and Christina. Maria and Ari, both of Greek descent, recognize each other in each other’s gaze, because they started from nothing, with only a strong determination to succeed.

Their relationship will be intense and tormented, especially when Jacqueline Bouvier Kennedy, the widow of John Fitzgerald Kennedy, the 35th President of the United States of America, who will marry Onassis in 1968, enters the scene of a love triangle that would have made rivers of ink for years. La Divina will never recover from this severe pain, as she died in her apartment in Paris, at 36 rue Georges Mandel, on September 16, 1977 of a heart attack. A victim of a real Greek tragedy, she could have said about herself: