Cyber, China is a decade behind the US. party fault 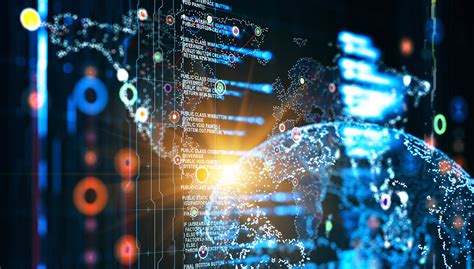 In recent months, a series of hacker attacks against the United States (and beyond) have brought the issue of cybersecurity back to the center of public debate. Especially since then net of attacks ransomware For profit, China and Russia carried out the two most dangerous (espionage) operations, which the US classifies as threats in what NATO calls the fifth battlefield, cyberspace.

However, according to experts from the International Institute for Strategic Studies (IISS), Moscow and Beijing are not able to compete systematically with Washington. The Link Published this morning, based on seven factors—including strategy and doctrine, offensive and defensive capabilities, and global leadership—identifies the United States as the only top-tier cyber power, and defines it as “the only country with a strong global footprint in both civilian and cyberspace.” Army “.

At the second level, we find Australia, Canada and the United Kingdom – allies of the United States, along with New Zealand, in the intelligence alliance known as the Five Eyes – plus France and Israel, examples of non-five countries with advanced cyber capabilities. . At the same level are Russia and China, two countries that have demonstrated offensive capabilities each but still struggle, compared to the United States, in terms of cybersecurity and resilience (based on the reliability of leading national companies and products).

The report acknowledges that China is the best country to reach the top tier, but estimates that this won’t happen for at least ten years. Greg Austinwho deals with the internet, space and the future on behalf of Iiss, ​​ha He said The financial times He said China’s capabilities were also “exaggerated” due to media coverage given by the international press to China’s aspirations to become a world leader in this sector.

According to a report by the International Institute for Strategic Studies, Chinese forestry is both ideological and practical in nature. Il Dragone has built the world’s most advanced digital censorship and monitoring equipment, capable of sifting through almost all the content posted on the Chinese web but not controlling the physical infrastructures that carry it. Again, cyber intelligence analysis is “less mature” than the Five Eyes because it is ideologically driven and “increasingly intertwined.” […] On the political goals” of the leaders of the Chinese Communist Party.

Part of China’s technological flaw is due to the repressive pressure of the party state and the subsequent impact on innovation. Exactly as it happens at the fintech level, where value creators like Jack Ma They are overwhelmed by the authorities at the moment when the direction they give their companies is not working in Beijing’s favour.

On the other hand, the innovation that comes from the very liberal American economy has helped create an unrivaled digital industrial base on which to build American electronic dominance. The International Institute for Strategic Studies report highlights the US ability to carry out “sophisticated and surgical” cyber attacks that are more effective and potentially destructive than the more dangerous operations of China and Russia. To limit the digital power of the latter, there is also the non-secondary aspect of alliances, which other countries can rely on in the event of an open conflict.