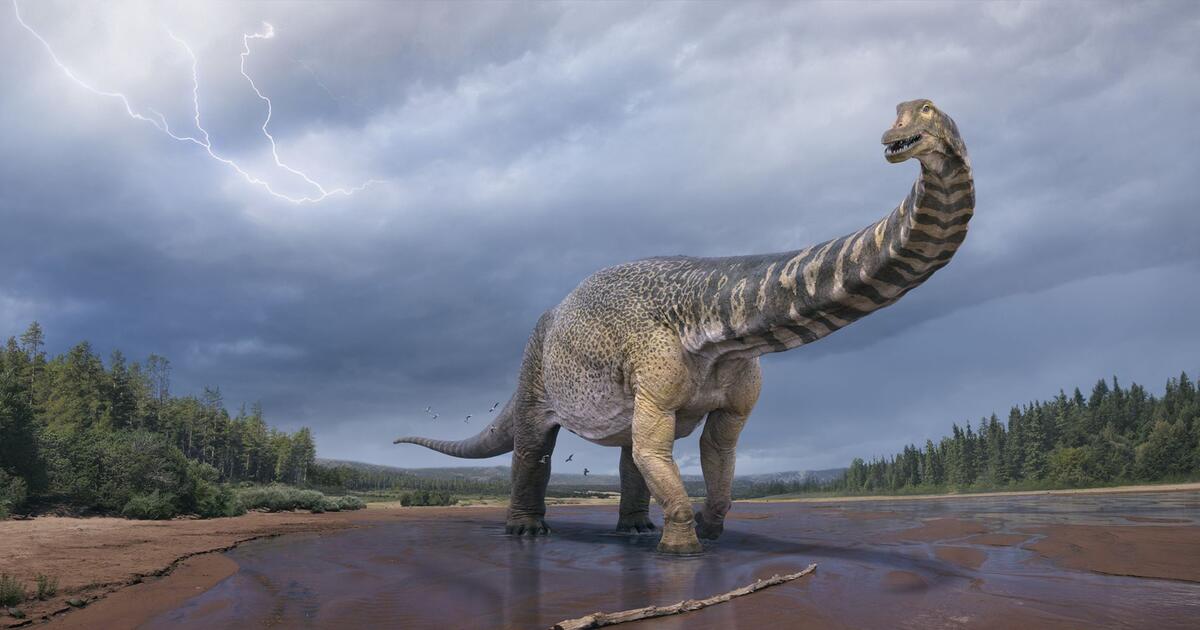 In Australia, paleontologists have confirmed the discovery of the largest species of dinosaur ever found in the country. Reaching 30 meters in length and six meters in height from the floor to the waist, this animal is a real giant of the Cretaceous period.

Bones of herbivores, which lived about 95 million years ago, were discovered 15 years ago in southwest Queensland. Now it got an official name: Australotitan coprensis. The scientists wrote about the long-term research on the skeleton in the journal PeerJ.

“The exciting thing for us is that we are now putting our hats on the ring while we identify the world’s largest dinosaurs,” said paleontologist Scott Hocknall of the Queensland Museum in the Sydney Morning Herald.

“It’s not the biggest dinosaur in the world, but it’s definitely in the top 10.” Previously, titanosaurs were found mainly in South America, and now Australia also belongs to this “elite group”, the media reported.

In order to illustrate the unimaginable dimensions of the giant, the newspaper used a comparison: The Australasian Cuperensis “has been as long as a basketball court and two stories high,” she said. When sauropods inhabited the land, today Australia still belonged to the great continent of Gondwana.

Dinosaur bones were discovered by chance

Paleontologist Robin McKenzie and her husband Stewart are reported to have come across dinosaur bones while collecting livestock on their land in 2006.

“We would never have imagined that we were dealing with the largest animal in Australia and one of the largest in the world,” ABC television quoted the McKenzie family as saying on Tuesday. They called the giant “Cooper” because they discovered it near the village of Copper Creek.

It took many years after that for all the bones to be excavated, assembled and identified by experts. Among other things, Hocknall explained, the latest 3D models have been created using the latest technology.

Experts from Down Under are now hoping for an even bigger sensation: In other parts of the world, where giant herbivorous dinosaurs have been found, theropods have also been discovered — giant carnivores on two legs.

“There’s a huge predatory dinosaur out there somewhere,” Hocknall said. “We just haven’t found it yet.” (ff/dpa)

Dinosaurs dominated Earth from about 235 million years ago to 66 million years ago. They have been the undisputed rulers of every ecosystem: on land, in water, and in the air. Here we present to you the most prominent representatives of terrestrial dinosaurs.