Coronavirus: That the United States is my patient 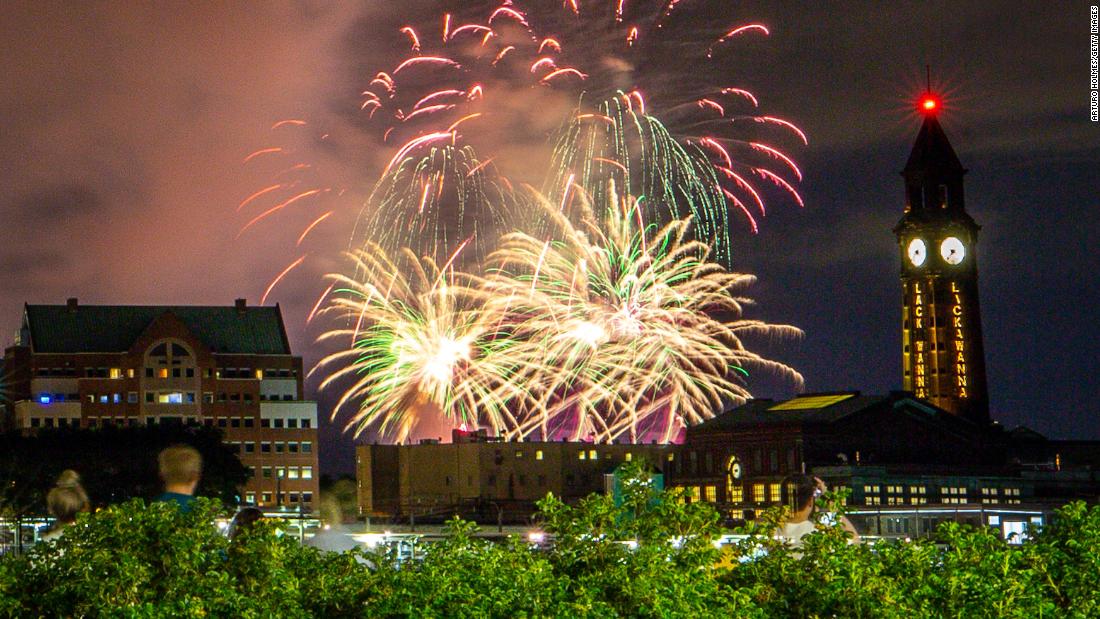 Seven weeks later, as we approach the patient’s birthday – July 4th – I thought it would be a good time to sign up and see how the patient is doing.

It turns out the answer is: not good at all.

In fact, with daily infection rates breaking records for several days over the past few weeks, we may be worse today today than at any time before in the pandemic. Consider: This week, 15 states saw their seven-day highs, and the country has about 50,000 new cases a day. We have less than 5% of the global population, but about 25% of coronavirus cases and deaths. Several states, including Texas and Arizona, are on the verge of recently infecting patients exceeding hospital capacity.

As a doctor, I am frustrated. I feel that the deterioration of our patient did not have to happen and there were many unusual mistakes.

I really thought we would have a different conversation in the country at this point; I thought we would celebrate with fireworks the progress we have made so far. Instead, I have to tell the patient, “The infection came back with revenge. It spread and risked taking control out of some parts of your body.”

And I’m worried – we’ll be worried about getting to the point where the existing treatments we have, the drugs we carry in our little black bag, will no longer be effective and we’ll have to resort to big guns, more aggressive measures.

But at the same time, I still hold a little hope; we still have little time to reverse the situation, to restart the medicine, to take it faithfully – but we can’t afford to waste another minute.

“If the earth, like the human body, gets sick or infected, it should seek the best medical advice and follow it, no matter how difficult it may be,” I wrote in May.

Well, throughout the illness this patient had the advantage of excellent medical care. This country is home to some of the most creative minds, the best doctors and the most experienced public health officials in the world. Together with equally talented international researchers, they jumped into action trying to decipher the genetic makeup of the virus, learned how to spread and mitigate that spread, discovering all the ways the disease manifests, figuring out how to treat symptoms and desperately trying to develop a vaccine to prevent new cases. infections in the future.

But after a few short weeks of following the doctor’s orders, our patient – our country – decided to turn his back on the advice of these health professionals. They didn’t like what the doctors said and stopped taking the prescribed medications because they were tasteless.

Some recipes, such as social distance and limiting our daily activities, tasted bad and were hard to swallow. Others, like wearing a face mask, created a bit of physical discomfort and a lot of political friction. And the most aggressive medicine of all, home orders, has triggered unprecedented mass layoffs in many sectors of the economy, and outages have been cut off from somewhere. In other words, very real pain.

But it seemed difficult to put the patient in a medically induced coma with orders to stay home to keep the infection under control, and it seemed to work.

When I first wrote the work, just before Remembrance Day, the time of the second public holiday, it seemed as if the patient was moving in the right direction. Infection rates have dropped significantly in some of the hardest hit areas, such as Michigan, Massachusetts and New York, and have remained steady in much of the country.

Discontinuation of treatment too soon

Then I was worried about prematurely stopping the drug – and that’s exactly what happened.

The patient was taken out of a medically induced coma too quickly and chaotically, and each state does its own thing. Some states reopened, while infection rates were rising (I’m watching you, Georgia), while other states and some cities waited a little longer. But few states, if any, have met all the so-called “reopening” criteria set by the White House and the CDC.

In addition to acting prematurely, these reopens were often accompanied by hovering rules, a lack of social distancing, and a growing refusal to wear masks by a vocal minority. We’ve all seen photos of crowded beaches, crowded bars, protests in favor of reopening, and presidential press briefings with officials gathered behind the podium and a few, if any, masks.

It was as if our patient just shrugged after waking up and said, “It was a weird nightmare. I’m glad it’s over,” before he jumped out of bed and got out of the hospital. But the infection was still smoldering beneath the surface.

Since then, healthcare professional after healthcare expert has tried to remind us that this pandemic does not exist. And not only that, he will be here with us in the foreseeable future. But there is no unifying directive or White House action plan. States react independently of each other. And so the patient continued to do his job, often unaware of the danger.

People in parts of the country continued not to disalize social distance, and the war against wearing masks became even louder and intensified, with the president, his vice president, and other elected officials refusing to model behavior recommended by health experts: Wear a mask and stay 6 feet away. For a time, governors of some states, including Arizona and Texas, even blocked local officials from carrying out mandates for masks in their cities and counties.

But thanks to a small portion of the alarming rise in cases, we may have hit a turning point this week. Nearly two-tenths of states have paused or discouraged the reopening of efforts. The governors of several states that held the money – including Texas, Oregon, Pennsylvania and Kansas – issued masks. Some in the GOP and the vice president began to apply the mask. Even President Trump recently said it was “all for masks.” And government health expert after government health expert – including Dr. Anthony Fauci and Dr. Deborah Birx of the White House Task Force, CDC Dr. Robert Redfield and Health and Human Services Secretary Alex Azar – repeated the same mantra: Wear a mask . Embrace the universal face wraps.

Is it too late?

As I’ve said many times before, this coronavirus isn’t strenuous and that’s why small spoons of the drug can go a long way. It doesn’t travel far, so a stay of 6 or 10 feet can help. With good air circulation, it disperses quickly, so do not gather indoors. And wearing a mask – it’s great. Studies have shown that it can reduce transmission to others while also protecting the wearer. Even bandanas, even paper surgical masks work better than nothing.

In fact, models working at the University of Washington’s Institute for Health Metrics and Evaluation, if 95% of people wear masks, about 24,000 lives could be spared by October.

See also  Davis Cup: A sure place between Argentina and Finland

If we force our patient to follow these small steps – these tried and true public health measures that have worked in places like South Korea – the number of daily infections can slowly be reduced to manageable levels. And then we can begin prevention efforts, such as finding contacts and isolating potentially infected people.

But we are not at that stage yet and it is simply not possible to talk about how to contain the virus when there are 50,000, or even 10,000 new infections a day. To achieve this, we need to bring the country closer to one in a million people who become infected daily. That’s just over 300 new infections a day – not 50,000.

And that brings me to the second point: We need more testing, not less. It is the only way to see how the patient is doing, whether the infection is receding or spreading. Testing in many parts of the country is still difficult to bring; test components are sometimes deficient, and results come slowly. And now that more and more people want to be tested, places to test in some of the new hotspots are crowded, with long lines. This will further increase the wait for results as laboratories strive to keep up. We need a massive approach to a quick, easy, and inexpensive test that can result in minutes rather than days, so testing can be done more easily and results returned faster.

Things will get worse before they get better

Make no mistake, the patient will feel worse in the coming days until the drug takes effect, as long as the public health measures that are re-established have a chance to do their job. And the patient may still need aggressive treatment in some places – we may see that certain areas of the country will partially close again.

In the spring, everyone made great personal and economic sacrifices trying to straighten the curve. No one wants to lose that progress and no one wants to go back to a coma.

But now we must act as one people, indivisible and with one leading voice. That would be a great birthday present for our patient.

Andrea Kane contributed to this story.