Climate, Xi Jinping for China will also be in the meeting organized by Biden 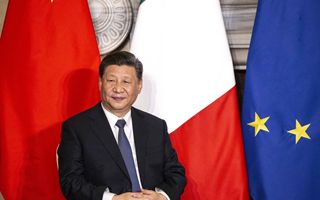 (Teleborsa) – In Chinese Ministry of Foreign Affairs It was announced that Al summit Virtual on the weather Organized by Chief United States of America Joe Biden Tomorrow, April 22, the president will also participate Xi Jinping. A few days before the bilateral meeting on the issue between the two countries on the issue of combating climate change, in which the commitment to cooperation on the file was expressed, Beijing officials confirmed that the president will deliver a “important speech” while attention to political tensions that have not abated with Washington.

Meanwhile, in fact, she enters into a video link to Boao Forum for Asia – “Asian Davos” – President Xi Jinping requested one Global governance “More just and reasonable” launched a series of covert attacks on its American counterpart. He said, “The rules set by one or more countries should not be imposed on other countries, and that the unilateralism of individual states should not set the pace of the world.” The Chinese president added, “The world wants justice, not bullying. A great country should look like a great country and assume more responsibility.” In the background, it’s not just the climate issue, of course: last week the US President met with the Japanese Prime Minister Yoshihide Suga From which emerged the desire for cooperation to contain China’s activities in the eastern and southern seas of China, and to which must be added the widely overlooked criticisms from abroad regarding the files of Hong Kong, Taiwan and Xinjiang.

Back in the fight against climate change, US media reported that President Biden will use the climate meeting during Earth Day to announce what is new. Targeting From United States of America: The minimum goal is to cut Greenhouse gas emissions By 2030. This would be twice the planned commitment under the 2015 Paris climate agreement, when Barack Obama promised to cut emissions from 26 to 28 percent of 2005 levels.