Climate: No more time for ads 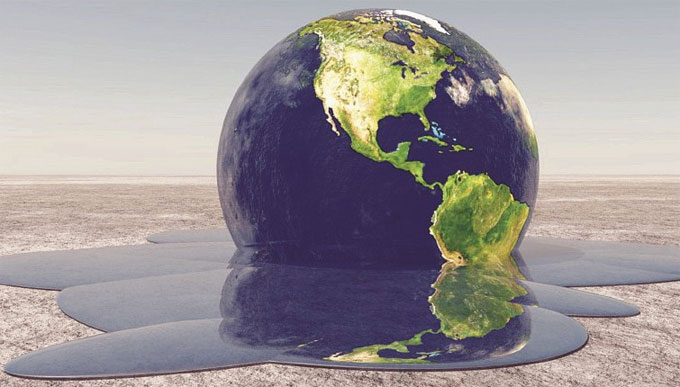 There is awareness in the recovery and reconstruction plans proposed by different countries of the problems associated with climate change. But we need to go beyond the ads and take important action against emissions: Results are needed.

The economic issues, which were obscured during the long winter of Covid-19, are starting to emerge again. Never before, as we begin to peek at the slow recovery from the pandemic, the economic recovery and hope for high growth rates seem so important in every part of the world. Hope for economic recovery is coupled with growing concern about climate change, and recent meetings at the highest political levels have signaled a renewed common will to steer economies on a path of greater sustainability. The European Union – a group of countries with a certain weight in the international arena – does this decisively: concern with action Green color It dictates the properties of the recovery plans.

As it did in the wake of the 2008 financial crisis – as many countries launched support plans that included interventions in renewable resources and energy efficiency – even in the post-pandemic world, there is a certain awareness of these issues. But the 2008 crisis and the associated investments cannot be compared to what is happening now in terms of invested resources and political commitment.

Added to that is Biden’s return to the American scene. The slogan “America is back” was the slogan of the first 100 days of the President of the United States. “Return” has taken different forms in different contexts. First of all, new activity on the climate issue with the Leaders’ Summit on Climate on April 22-23, an initiative involving 40 heads of state and government, in which major countries competed in declarations of intent to combat climate change.

Comparison between different countries / regions, with different years of departure and arrival, is not always easy; However, we are faced with high intentions, which oblige us to have good hope. There is more: As the incomplete epidemic trial continues, the overall model has been inverted. If before, in fact, it was about making economic growth environmentally sustainable, then it is now about ensuring that sustainability generates, develops and ultimately supports economic growth.

Of course, today we can ask ourselves what results have been achieved under the dual picture of increased emissions. We talk about decoupling when emissions growth is slower than GDP growth. If that happens, that’s a good thing. In the graphs below, we examine what the major countries that heeded Biden’s call have done.

As we can see, since 1990 the European Union (which has already been considered here with 27 members, but the UK has segregated and decarbonized more than anything else) has behaving much better than the US in terms of emissions dynamics. GDP growth dynamics vary – reports the US. He criticized the situation in Japan. As for the two giants, China and India, the explosion in wealth growth – the reference is always the year 1990 – has been accompanied by impressive growth in emissions.

In this framework, which contains various nuances, we must not forget two basic aspects: 1) those that matter to fight climate are global emissions, so everyone must do well, 2) the separation must be “strong” and not “weak” As in our graphs, for example, emissions must decrease, while GDP continues to grow.

Then we return to the starting point. Really recovery, reconstruction and resilience plans should be a major boost to action against emissions and climate change. In fact, the time for announcements is beginning to drop, if not ending, which might have been a certain inflation. More than a hundred countries have announced that they want to go climate neutrality for the next 30 years: This is promising, but we need results.

The United Nations Synthesis Report On Nationally Determined Contributions (Editor’s note) linked to the Paris Agreement, published this past February, relates to new or updated announcements for 75 countries that account for about 30 percent of global greenhouse gas emissions. Most of them increased their emissions reduction targets. However, the results that can be obtained from these goodwill are not dramatic: the total emissions of these countries will decrease by less than 1 percent in 2030 compared to 2010.

Of course, there is a lot more to do. And to do so, declarations about climate neutrality are definitely not enough. Declarations of intent should be credible and should clearly specify who the hero is and what actions will be posted. Climate neutrality must provide for decarbonizing the economy, or in any case moving towards it decisively. Investments and policies that consist “only” of removing emissions from the atmosphere, without significantly affecting the causes that define them, are not a correct explanation for combating climate change.