Biden has already begun to impose sanctions on the Taliban government 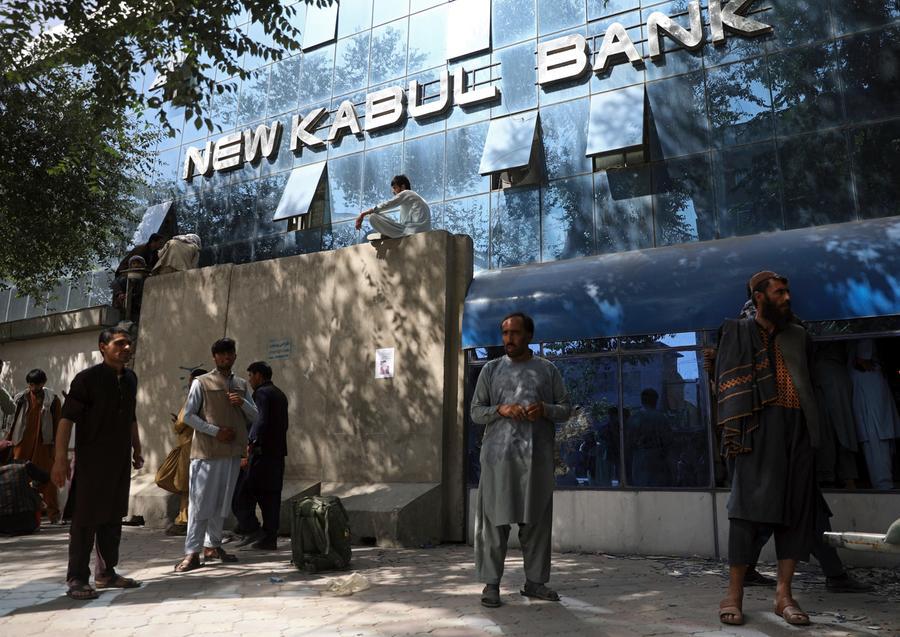 Not all Americans have left Kabul yet (expected August 31) as the hold of an asset freeze held abroad, a prelude to possible future economic sanctions, has been seen as a trap for the incoming government. The Biden administration froze Afghan government reserves deposited in US banks, to prevent the Taliban from accessing billions of dollars generously donated by the US Treasury.

According to sources quoted by the Washington Post, the decision was made on Sunday, August 15, while the Taliban took control of Kabul, from Treasury Secretary Janet Yellen (the former governor of the Federal Reserve) and by foreign asset officials. Oversight office, which controls foreign assets. Of course, Fuji Bottom (State Department) and officials from the White House also participated in the discussions.

“The assets of the Central Bank of Afghanistan deposited in the United States will not be made available to the Taliban,” government sources said. This asset freeze is the first economic decision Washington will have to make toward Afghanistan, a country that in recent years has relied heavily on US and international economic aid.

It is clear that Afghanistan’s foreign exchange reserves are mostly deposited in foreign accounts and have not been hacked since the Taliban took over Kabul. This was stated by the former governor of the Central Bank of Afghanistan, Ajmal Ahmati, who announced this via Twitter. Ahmaty said the Afghan bank controls about $9 billion in reserves, including about $7 billion in cash and other securities, with the US Federal Reserve.

“In no way has the international reserves of Afghanistan been compromised,” said Ahmati, who meanwhile fled Kabul in a hasty and daring manner on the evening of August 15. Commenting on the news of the Treasury’s blockade of Afghan funds frozen in the United States, Ahmaty said on Twitter, “So we can say that the funds that the Taliban have access to may be 0.1-0.2 percent of Afghanistan’s total international reserves. . not much “.

Ahmadi then explained in detail and with accounting rigor that of the $9 billion in foreign reserves, about $7 billion is in bonds, assets and gold by the Federal Reserve. Hence, international current accounts are 1.3 billion and 0.7 billion at the Basel-based Bank for International Settlements in Switzerland.

On the other hand, in the country, according to Ahmadi, there are no more material dollars. “The shortage of the US dollar will lead to higher rates of inflation,” and this “will harm the poorest citizens with higher food prices.” Moreover, the humanitarian aid channel can now be closed as well, which in 2020 accounted for 43 percent of the country’s GDP.

The former Afghan Central Bank Governor said, later, “I met on Saturday afternoon with President Ghani to clarify that the expected sending of dollars will not arrive on Sunday,” revealing that Ghani will be yesterday evening since the President of Afghanistan. He had a telephone conversation with Secretary of State Anthony Blinken “to ask him to resume sending the dollars that were initially approved”. “Looking back, it seems absurd, but we did not expect Kabul to fall by Sunday evening,” adds the former central Afghan governor. “Anyway, the last shipment never arrived – he later concluded – our partners seem to have good intelligence about what was going to happen.”

At least in that, we can say. In fact, Afghanistan is one of the poorest countries in the world, devastated by 40 years of endless conflict. International aid is essential to the country. Afghans rely on remittances sent by family members living abroad.

But Agence France-Presse reported that Western Union had announced the suspension of money transfers since Monday. “One of our priorities is the safety and well-being of our customers and partners who are at the forefront,” the bank said in a tweet.

“Due to the current situation in Afghanistan and the restrictions on our agents, we have temporarily suspended other transactions in the country.” According to World Bank data, remittances to Afghanistan amounted to nearly $789 million last year.

In 2020, the country’s GDP was estimated at 19.8 billion. Former Central Governor Ajmal Ahmadi also indicated that Kabul is expected to receive approximately $340 million from the Washington-based International Monetary Fund on August 23 for the SDR issue. “I don’t know if this privatization will happen or not,” he explained. The International Monetary Fund announced that it has frozen all payments in Afghanistan due to the high uncertainty.