Berhalter admits that the USA did not play well against Canada 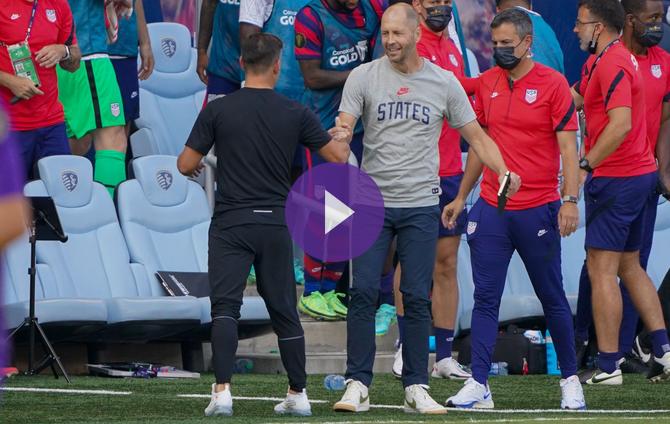 Football coach United StateGreg Berhalter admitted that his team did not play well against Canada despite winning 1-0 on the final day of Group B. gold cup.

“We didn’t do our best in football, Canada beat us in the second half, but in the end we achieved the winning goal that allowed us to finish the season unbeaten and at the top of the group to reach the quarter-finals in good shape.”

Berhalter admitted that Canada offered football advantages to get a draw, but the United States knew how to suffer, withstood the pressure well and above all was disciplined in the crucial moments of the match.

“Obviously our best football came in the first minutes of the game, we controlled the ball, we penetrated well and created another opportunity to score a goal, but then Canada settled well on the pitch, they controlled us. He got the ball and there we were forced to play football. More defensive.

The coach stressed that it is these types of matches that make the young talents who came to the national team gain experience for the future.

“We have young players who have to learn when they come to international competition.”

As for the opponents he could touch in the quarter-finals, and who would come out of the duel they both shine in the third set, Costa Rica and Jamaica, either of them would be tough contenders to beat, Berhalter said.

“We will not find out what class football is in Costa Rica and Jamaica, although they are in the process of rebuilding within their national teams, beating anyone we touch will not be an easy task, although of course I have confidence in all the potential. That our team must continues to compete,” Berhalter added.

The USA coach said that the week they will spend before returning to the field when they play their quarter-final match on July 25 at AT&T Stadium in Arlington, Texas, will be very useful to rest and be able to analyze with the team everything that happened. in the group stage.