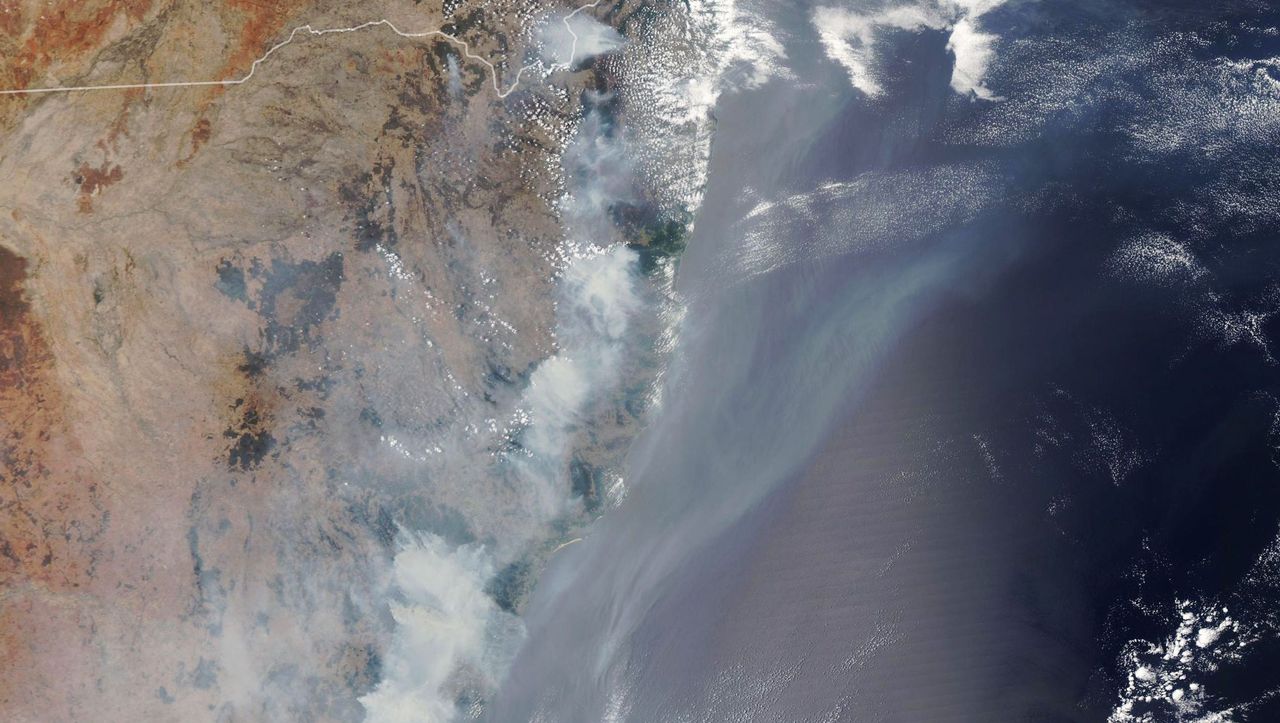 The fire season has hit the Australian state of New South Wales hard this year. Usually, the first Australian fires don’t start until December. They started this year in October, and some sources of fire have been burning since spring. Constant drought and strong winds fuel the fires.

More than 100 fires still rage in forests and jungle areas near the southeast coast, including subtropical rainforests and eucalyptus forests.

According to NASA, more than 2.7 million hectares had been burned by mid-December, which is about half the size of Switzerland. Whole cities enveloped in smoke. Also affected by Sydney. Satellite images show that clouds of smoke can be seen from space.

Fires are particularly common in eucalyptus forests, which mostly thrive in dry, nutrient-poor soils. Its leaves are rich in oil and easily flammable.

In some cases, wildfires help many types of eucalyptus. “During the fire, the wooden capsules of eucalyptus and the seeds contained in the earth open up to the nutrient-rich ash,” says biologist Aisha Tollock of the University of Sydney. This should allow the seeds to sprout better. In addition, many herbivorous insects die in the fires, which could put seedlings at risk.

However, the current fires will come at the wrong time. Due to less precipitation and less rainfall in the coming weeks, the seeds lack water to germinate.

Destroyed eucalyptus forests are also a problem for koalas, which feed almost exclusively on these tree species. It is estimated that more than 2,000 koalas have been burned in wildfires. Some even speculated that the fires could extinguish the species completely. In fact, the animals are less bad than feared. (Read more about this here). “The fires only affect a small fraction of the koala population in Australia,” says Toloch.

The fires are likely to continue until at least March. Wildfires are common around this time of year anyway. However, meteorologists expect the coming months in southeastern and northeastern Australia to be drier than usual.