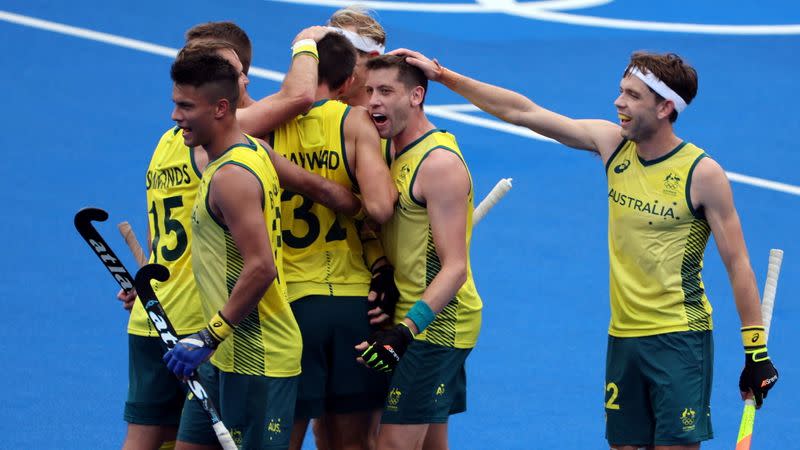 Hosts Japan scored their first point in the tournament after drawing 2-2 with New Zealand and India over Spain 3-0.

Australian “Kookaburas” was late on the scoreboard in the fourth minute of the match, which was held in the rain, but by the end of the first half he scored four goals and won 5-2

Australia leveled less than a minute before the end of the first quarter when striker Blake Govers scored a corner kick, confirming his reputation as a penalty kick specialist.

That goal was followed by three more points in the second quarter and one after the break, giving Australia – who beat Japan 5-3 and India 7-1 in their first two matches – a maximum of nine points from three games.

Also in the men’s competition, Germany handed Great Britain its first defeat of the tournament, winning 5-1, including three goals from striker Florian Fox.