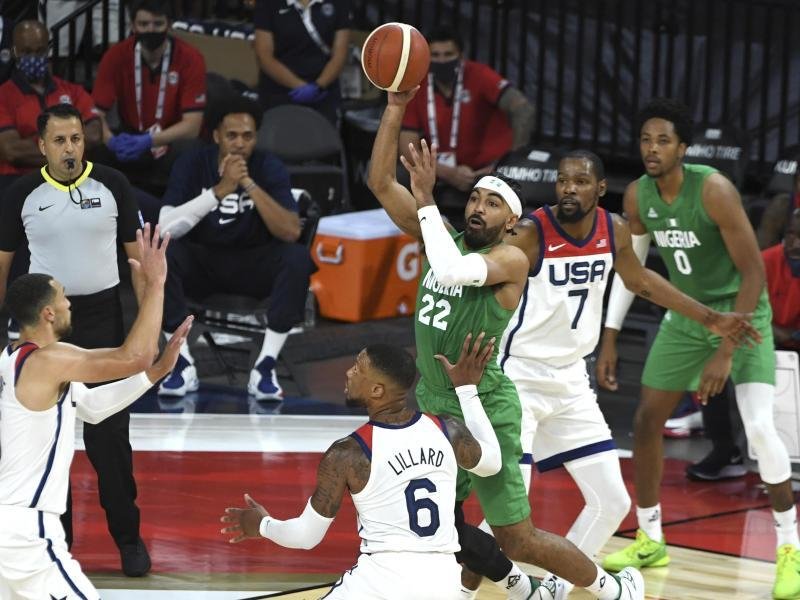 Las Vegas (AFP) – The US national basketball team surprisingly began its preparations for the Olympics with a 87:90 loss with stars around Kevin Durant against Germany’s group opponent Nigeria.

According to US media, this was only the third defeat in a Test match for the Americans since the Pros played for selection in 1992 – with 54 wins. The United States won their last two matches with Nigeria with a total of 125 points. But on Saturday night (local time) in Las Vegas, the NBA All-Stars team deservedly lost to a Nigerian selection, in which five professionals from the best basketball league in the world participated, but they were not as well known and successful as the All-Star team gathered around Durant or Damian Lillard or Bradley Bell.

Durant, under contract with the Brooklyn Nets, had just 15 points and only scored two of his first 11 attempts. In Nigeria, Miami Heat’s Gabe Vincent was the best pitcher with 21 points.

At the Olympic Games in Tokyo, the United States will meet France, Iran and the Czech Republic in Group A. Germany in Group B is the group opponent of Nigeria and also plays against Australia and Italy.